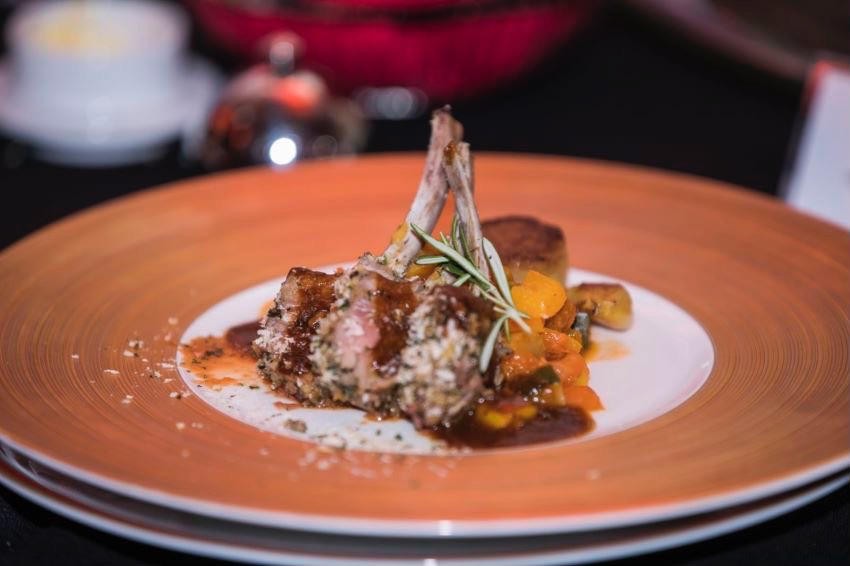 Culinary journey around the world

" World Chaîne Day (WCD) spirit is one of celebration, joy and creativity "

The World Chaîne Day (WCD) spirit is one of celebration, joy and creativity. We welcomed 30 members and guests from Qingdao and Shanghai to join us for our culinary journey around the world. Cuisine and exquisite tastes from five countries, each complemented with a national beverage, were featured. All was created by the InterContinental Qingdao chefs - Scott and Candy Sun.

Scott Sun, who graduated from the Culinary Institute of Sichuan in 1999, has been working with InterContinental Hotels and Resorts for more than eight years. He is the Sous Chef and responsible for the award-winning Flavours Buffet Restaurant. A passionate chef who always pushes himself to achieve greater success by learning new skills and techniques, in 2019 he was placed sixth in the Young Celebrity Chef Competition hosted by the World Federation of Chinese Food Societies.

Candy Sun, Executive Pastry Chef of InterContinental Qingdao, has more than 20 years’ experience in patisserie. She has worked for international hotel groups including Sofitel, Shangri-La, Marriott and IHG. Candy joined the InterContinental Qingdao as Pastry Chef in 2010, having won the Golden Prize in the Qingdao Food Creation Competition. She has led her team in other competitions winning Gold and Silver at the FHC International Cuisine Competition in 2019.

The WCD celebratory dinner took us on an exceptional culinary journey perfectly prepared by Chef Sun. Every dish was special. Each course delighted the diners’ palates with the presentation for the five countries which included Italy, Thailand, Japan, Great Britain and France.

The highlight of the dinner was presented by Chef Candy Sun and her team. The “Mama Mia Italia” dessert creation took us on a journey to ancient Rome. The culinary and service teams were dressed as Roman gladiators. A surprise dessert was conjured up in front of our eyes. Right in the middle of the table completing the spectacular atmosphere whilst Gladiator (the movie) played on the big screen which gave us the feeling of being in the middle of Rome’s Coliseum. We enjoyed this experience with Espresso Martini.

A culinary journey through various countries around the world made this World Chaîne Day one to remember for the Bailliage of Qingdao.