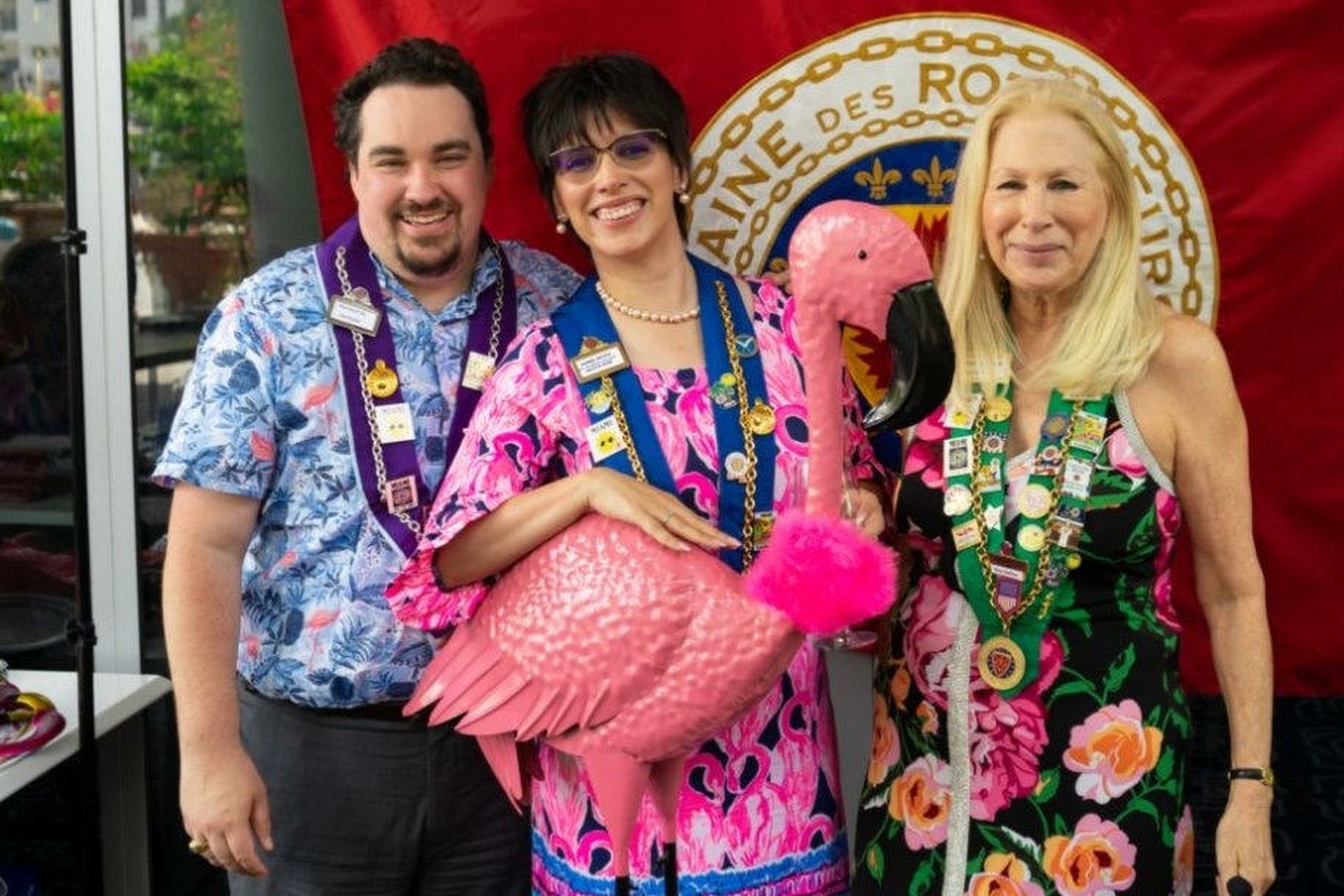 " Bailli Nancy Radlauer acknowledged the venue for the outstanding cuisine "

When Dean Martin introduced his hit song “That’s Amore” in 1953, it spawned a generation of love for Italian food across America. An exuberance of restaurants specialising in hearty southern Italian fare arrived. That love story culminated in the creation of award-winning Amare Ristorante Miami.

The Bailliage celebrated World Chaîne Day (WCD) with a sold-out, BYOB “Flamingle” luncheon at Amare. The Iovino family opened the restaurant over 30 years ago. Their focus has never wavered, namely that of simply prepared dishes that let the purity of flavours shine. This authenticity has kept this gem in Miami humming for decades. Its diners return again and again.

It was a beautiful sunny Miami afternoon to “flamingle”, ie. mingling socially-distanced amid a flamboyance of flamingos. Pink flamingos were strategically placed in planters. Bobblehead flamingos and flamingle pins adorned table tops. Attendees dressed in pink. On the stunning terrace, we were surrounded with bougainvillea and lemon trees. We sat at tables inset with hand-painted ceramic tiles from Naples (Italy not Florida).

There followed a distinctly Italian “surf and turf” of a veal medallion wrapped in culatello topped with a grilled prawn and accompanied by a delicate Moscato reduction. For the uninitiated, culatello is slowly cured boneless ham made from the choicest muscle of the pig’s rump. It has a unique flavour and almost velvety texture that leads it to be considered at the peak of Italy’s artisanal food culture.

Attendees brought wines to share - from Barolos and Brunellos to Super Tuscans - along with stories of the past year and hopes for the good times to come.

In recognition of our international theme, we gathered for an “egg-cellent” photo. Our members held eggs collectively to spell “World Chaîne Day”.

Amare was the perfect setting to reinvigorate our Chaîne camaraderie in Miami. Bailli Nancy Radlauer acknowledged the venue for the outstanding cuisine; celebrated three members’ birthdays (including a 90th); announced the winner of Bella, our statuesque flamingo door prize; and ensured that everyone took home flamingos!