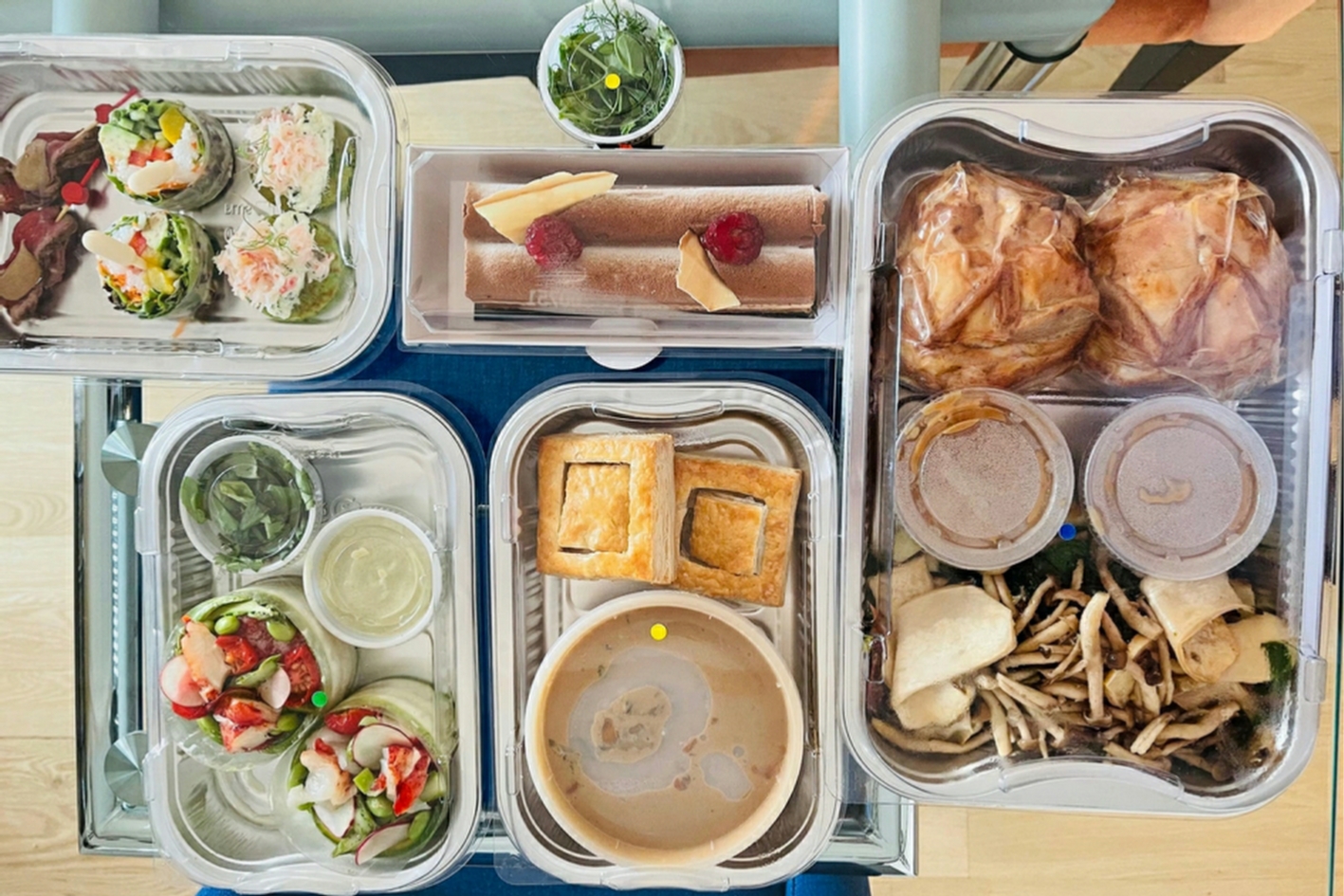 The Bailliage of Montreal has a long and storied history within the Chaîne des Rôtisseurs in Canada. Location of the inaugural Chapitre of Canada on May 18, 1961 at The Queen Elizabeth Hilton Hotel (as it was then known), and chaired by Raymond de Boyer de Sainte Suzanne, Consul-General of France, the newly-inducted Bailli Délégué Rolland Douville in turn inducted the first new members for the fledgling National Bailliage. Chef John Shaerer organised the menu for that initial Gala.

Sixty years later, the Bailliage of Montreal held its first on-line event, recognising and maintaining the formality and camaraderie of World Chaîne Day in its time-honoured fashion, while respecting the COVID-19 regulations and expectations of the Québec provincial government.

Today’s Fairmont The Queen Elizabeth Executive Chef Baptiste Peupion, Maître Restaurateur, and his team prepared - and helped to deliver - an extraordinary “take-out gastronomic feast” for 20 participants. Each household’s meals were carefully packaged in freezer boxes to take home! These boxes included clear and detailed instructions on how to prepare and re-heat each course along with fresh herbs and specially-selected accompanying wines.

Bringing over 20 years of experience in the culinary field to the Fairmont The Queen Elizabeth, Chef Peupion is one of only 500 chefs around the world (and only 6 in Québec) to hold the prestigious title of “Maître Cuisinier de France”. Before moving to Québec in 2013, he held the position of Executive Chef at the Shangri-La Hotel in Paris. In 2007 and 2008, he collaborated with Alain Ducasse, becoming the youngest Chef to head his Paris restaurant, Rech, when he was only 29 years old.

With the courses prepared and ready, members joined on-line from each household via Microsoft Teams Group Chat software to enjoy and discuss the dinner.

Bailli Jacques Larreur “hosted” the event and delivered the accolade, while Michel Busch, Bailli Honoraire, and former Fairmont Queen Elizabeth Director of Food and Beverage, expertly commented on each course and the accompanying wines.