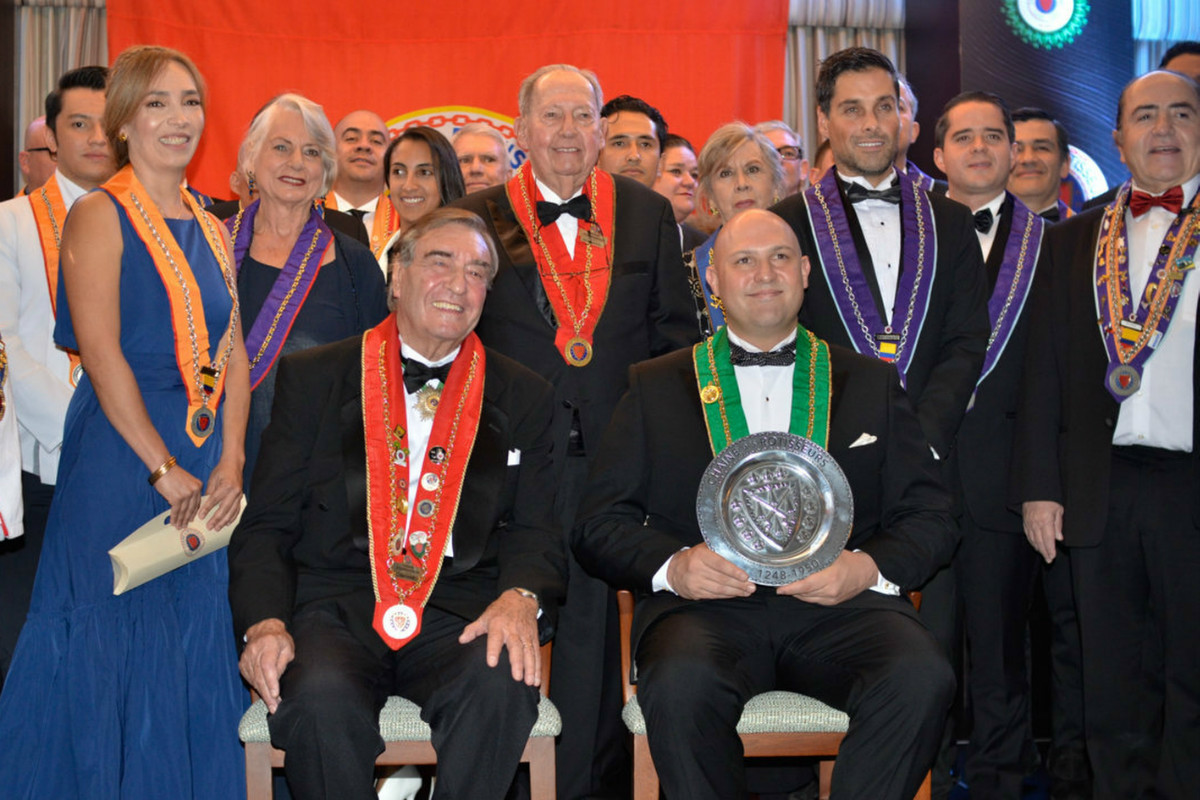 Our annual Gala Induction evening this year was coupled with a very special occasion - the Bailliage´s 40th anniversary. Accordingly, a grand celebration was held at the prestigious Club El Nogal in the capital city of Bogotá.

Alain Taulère, Member of the Conseil Magistral, who had travelled especially from Costa Rica to officiate at the ceremony, inducted 17 new members. Many others were presented with their respective Commandeur status in recognition for their long-standing membership.

A Silver Award was presented to Juan Jorge Jaeckel, a founding member of the Bailliage, for his important and unconditional support over the past 40 years. Invited by Bailli Délégué Fernando España, Juan Jorge graced us with a historical review and personal account related to his incumbency.

The delectable menu commemorated the Chaîne’s French origin and the Spanish heritage of many Colombians.

For the first course “pâté en croûte” a 12th century recipe was revived by Conseiller Culinaire Honoraire Juan Carlos Franco. It was beautifully presented in a decorative peacock made of sculpted butter.

Concluding the menu was a luscious chocolate dome for each attendee, ensconced in individual red jewellery boxes and embossed with the Chaîne’s emblem.

We were honoured to have Officier Maitre Rôtisseur Humberto Sanchez, Executive Chef of Club El Nogal, who is among the top chefs in all of Colombia, execute our special culinary evening for this 40th Anniversary event.

Over many years both the Club El Nogal and Chef Humberto have hosted and supported our Chapitres with first-class service.

Appreciation was expressed to the kitchen and service brigades as well as to all of those who made this magical night come to life.