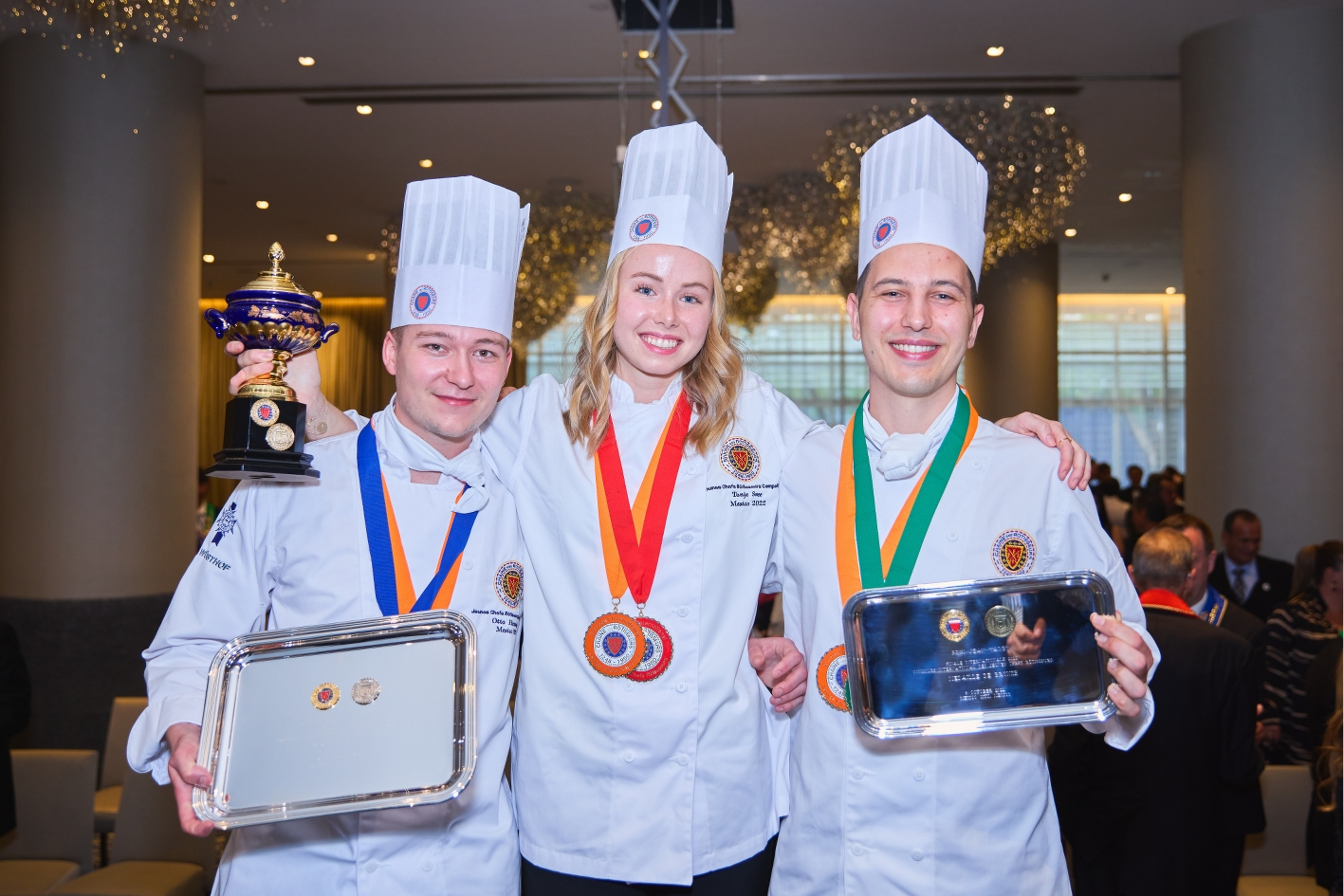 International Final - Norway wins!
" Each evening we were treated to amazing restaurants that allowed the competitors to better understand the local ingredients "

The first visit was to Xochimilco, a UNESCO World Heritage Site in an area on the edge of the lake where the Aztecs settled centuries ago. This area is comprised of many canals populated by “chinampa”, or floating gardens where crops are grown. Farmers rely on the constant source of water and rich volcanic soil for their crops. Access to the plots is by “trajineras” or colourful gondolas as there are no roads, electricity or running water.

Chef Alex and his team, who are reviving traditional Aztec method of cooking, hosted us. The lunch provided was an eye opener for everyone demonstrating how a sophisticated meal could be cooked over fire and without amenities. The flavours were different than what we would expect from modern Mexican food that has a Spanish influence.

The second visit was a walking tour of the old city where we were able to see the Spanish influence in the architecture of the palace and churches. We also had the opportunity to view the new excavation site in the square, which revealed an old Aztec settlement.

Each evening we were treated to amazing restaurants that allowed the competitors to better understand the local ingredients.

The black box consisted of eight river prawns, 12 oysters, 700g Canada Beef New York Strip and two Canada Beef cut short ribs (four pieces) both had to be served in the same course. The mandatory fruit and vegetables were 300g of Jerusalem artichokes, a whole pineapple and 120g of California raisins. An abundance of vegetables and herbs rounded out the non-mandatory items the competitors could use to complement their menus.

The competition allows the young chefs 30 minutes to write their menu then three and a half hours to present their first course followed by 15 minutes to complete their main and a final 15 minutes to their dessert.

We invited 2021 winner Sindre Hjelmseth of Norway to attend as the Assistant Kitchen Supervisor. The wide diversity of both kitchen and tasting judges provided excellent, fair scoring.

- First place: Tonje Svee from Norway. She also achieved the highest marks in the kitchen and as such was presented with the “Harald Wüsthof High Kitchen Score” Award. Tonje received 1500 euros, a five-week Intermediate course at Le Cordon Bleu Paris and a large set of knives and tools from Wüsthof Manufacturing.

- Runner-up: Otto Hietamies from Finland, who received 1000 euros as well as an intermediate knife kit from Wüsthof.

All three winners received an additional gift of a bottle of 1800 Mileno Tequila provided by Jose Cuervo, the best-selling Tequila brand.

Competitions like this rely on the expertise and unbiased fairness of both the Kitchen Judges and the Tasting Judges. Thank you to those judges that attended from all corners of the world.

We are grateful to Le Cordon Bleu Paris represented by Ileana Gomez, Head of Quality Management and Academic Programs at Le Cordon Bleu Mexico, Wüsthof Manufacturing, Germany and Chef’s-Hat, Canada. These are our perpetual sponsors. We are very grateful for their generous contributions to the competition.

We would also like to thank Canada Beef for their generous donations as well as local sponsors California Raisins, California Milk and Idaho Potato Commission.

Competitions of this size cannot be successful without the volunteers from the host Bailliage who worked tirelessly behind the scenes. Thank you all!

Next year we will celebrate the 47th International Final in Istanbul, Turkey. 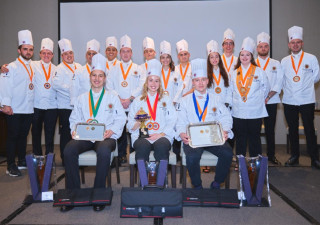 Photos of the 2022 competitors 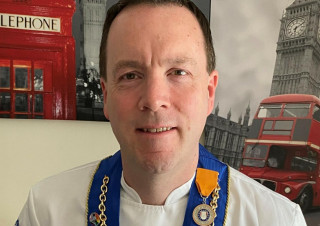 Ben Purton appointed to the Committee 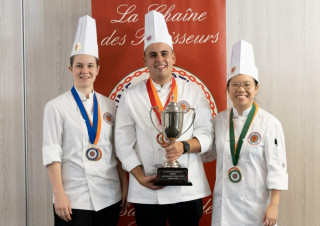