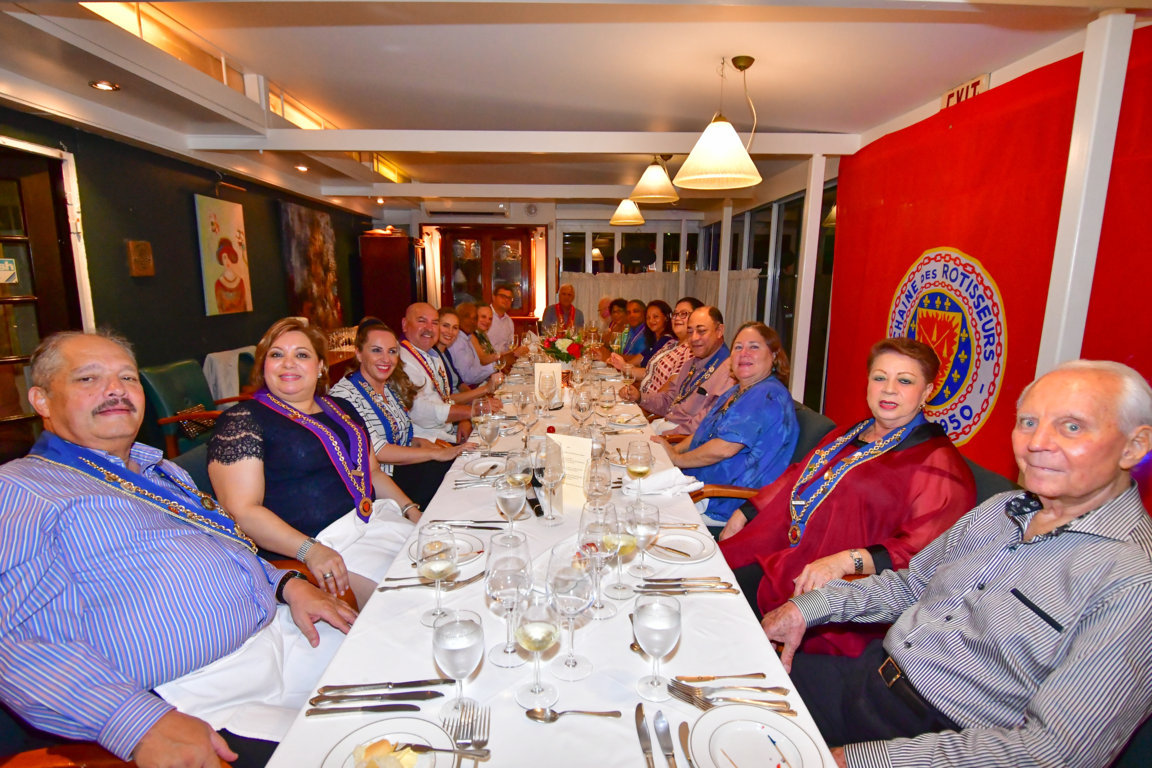 The arrival of the MS Koningsdam in Curaçao gave us the opportunity to celebrate the visit of two prominent members of the Turkish Bailliage of Antalya. Vice-Conseiller Culinaire Leonie Kiliç and her husband Officier Fuat Kiliç were enjoying the delights of the Caribbean aboard the Holland America Line cruise ship.

The 2,650-guest Koningsdam is the first of her class. Launched in 2016 she ushered in a new era of Pinnacle-class cruising. The ship carries forward all of the tradition, nautical heritage and signature service and style for which Holland America Line is known - whilst raising the bar for 21st century elegance.

Bailliage members and their guests gathered in the restaurant of The Wine Cellar. A special menu included pan-fried Dover Sole with garden vegetables and lobster/dill sauce.

During the evening there was an exchange of pins and presents. Bailli Délégué Nico Cornelisse and Chargé de Missions Dr Gerold Rach led the presentations for the host Bailliage. In their response Vice-Conseiller Culinaire Leonie Kiliç and Officier Fuat  Kiliç expressed their deep appreciation of the warmth of welcome and the hospitality which had been extended to them.

The evening concluded with a toast to the international camaraderie of the Chaîne des Rôtisseurs. “Vive la Chaîne!!” resonated around the restaurant!