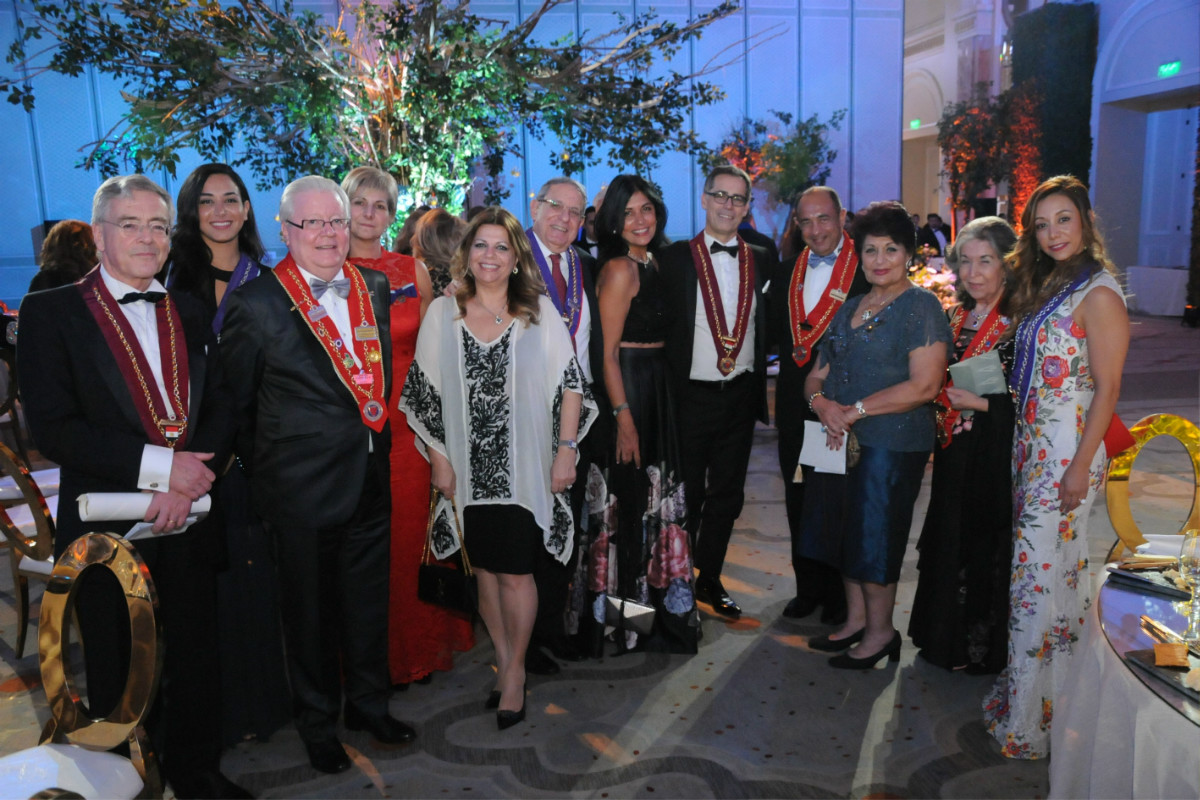 Rated as S-P-E-C-T-A-C-U-L-A-R!
" In the magnificently-decorated Plaza Ballroom members and guests were favoured with a best-to-date culinary experience "

Held the prestigious Four Seasons Plaza On the Nile Hotel in Cairo’s Garden City district, the Chapitre programme started with the induction of:
- 8 new Professional members
- 3 Ambassadors: of Germany, India and Switzerland
- 1 Cultural Attaché at the Embassy of the Czech Republic in Egypt
- 18 new Dames de la Chaîne / Chevaliers

The Inducting Officer was Benoît Fragnière, Member of the Conseil d’Administration, who had travelled from his home in Switzerland as the representative of President Atallah.

A glass of champagne was offered to all the new and promoted members as well as to their guests.

The reception in the Plaza Foyer saw 160 people discovering the innovative and exquisite pass-arounds prepared live for them!

In the magnificently-decorated Plaza Ball Room members and guests were favoured with a best-to-date culinary experience.

Black ink tortellini on a bed of lobster in bisque sauce

It was rewarding for the Bailliage officers that two members had decided to come from far away to participate in the event. Namely, from France: Jean-François Guichard, Chargé de Missions with responsibility for international matters, and from Thailand: Johannes Schulte, Grand Officer.

It was also an honour to have the presence of Chevalier d’Honneur His Excellency Jan Thesleff, Ambassador of Sweden. Formerly he was a member in Saudi Arabia but since his transfer to Cairo he is now part of the Bailliage of Egypt.

It was an outstanding evening, especially so given the consensus that the Gala Dinner was truly S-P-E-C-T-A-C-U-L-A-R!!