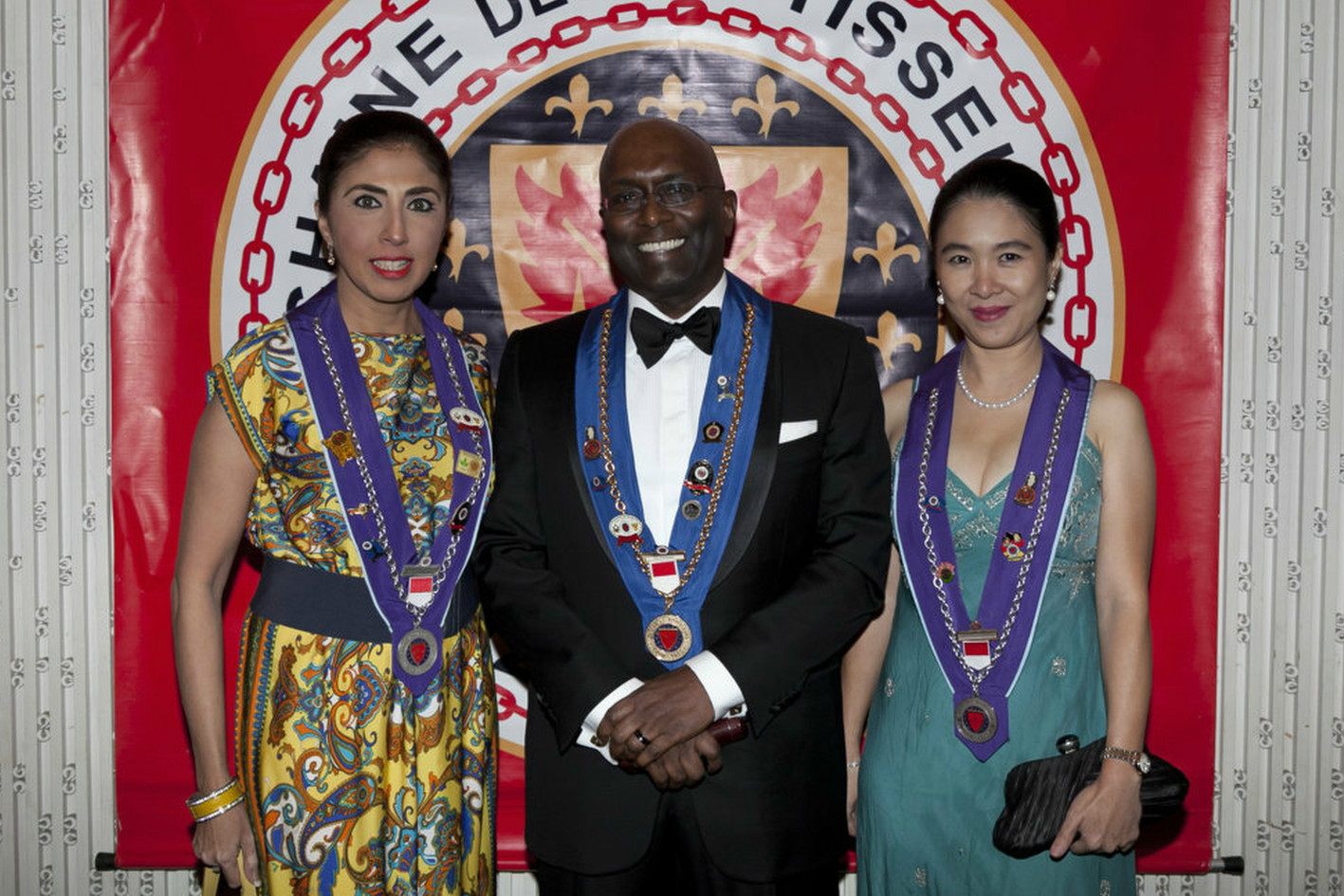 Indonesian-sourced ingredients at the heart
" A challenging, adventurous menu was matched with delightful wines "

Positive aspects abounded at our Gala Dinner: 100 per cent Indonesian-sourced ingredients; Indonesian culinary talent; menu items created based on Indonesian traditional dishes! It was a truly Indonesian meal. Conceived, prepared and presented to a very sophisticated, knowledgeable guest list who gave it exceptional marks surprising themselves.

The Bailliage chose the DoubleTree Jakarta by Hilton for a second year. For a very good reason: youth! The Hilton Group in South East Asia organises an annual competition for its own young chefs, sommeliers, baristas and other culinary skill groups. The Chaîne, as part of its raison d’être, loves to support this event. Bailliage members assisted as competition judges, the youngsters then became part of culinary and service teams for the Gala Dinner itself.

A challenging, adventurous menu was matched with delightful wines including for the first time a sparkling wine made on Bali (using grapes sourced from Australia) to complete the Indonesian heritage.

One special touch was that each dish and each wine was introduced by the young chefs and sommeliers one by one in a charming and very knowledgeable way, to the obvious delight of the guests.

Bailliage officers presented Certificates of Achievement to the young kitchen and service brigades recognizing the great results they had achieved for their efforts.

Many thanks went to the Hilton Group, DoubleTree Jakarta, Regional General Managers and Executive Chefs who supported the event. Special thanks also went to the young people for their splendid efforts. In 2020 we could be back for a third year!