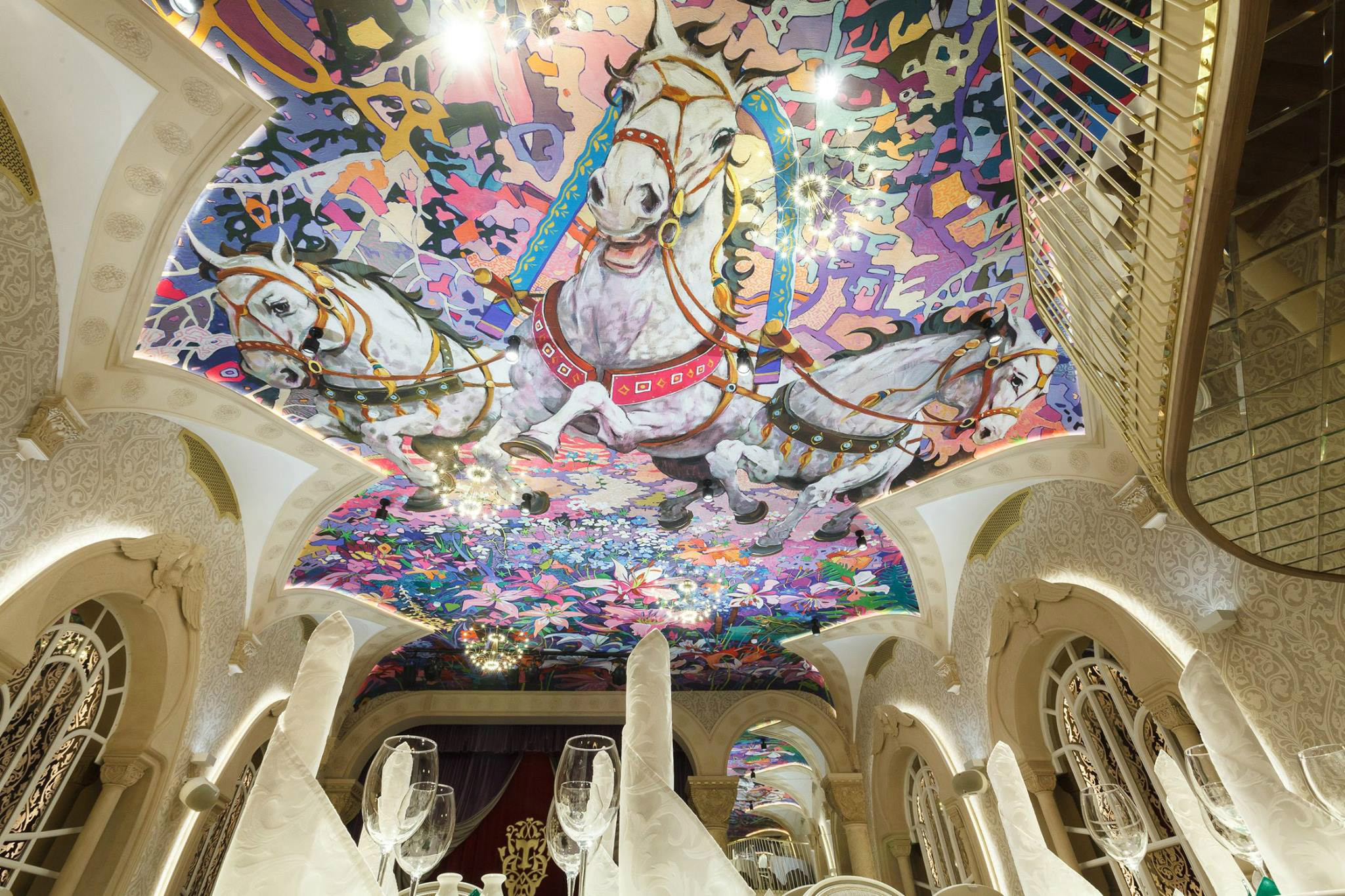 Troika in Saint Petersburg, a large enterprise that includes a restaurant, cafe and large confectionery industry, has celebrated its 40th anniversary.

The restaurant specializes in Russian and European cuisine. Its most famous feature is the variety show ‘Troika’ by renowned choreographers with talented dancers and gorgeous costumes.

The company also includes a pastry shop based on three rules:
- take only fresh products from local farmers
- cook by our own recipes
- neither baking powder nor preservatives added.

Thanks to these rules, the pastry shop is very popular amongst the city’s residents.

Historical background: in 1978, Voldemar Pasynchuk opened a restaurant with the only variety show in the Soviet Union calling it ‘Troika’. The name of the restaurant is such a favourite image of Russian poets and artists ‘Troika of horses, jumping into the distance’.

Later, adjoining the restaurant the confectionery ‘Troika’ opened. At the same time, a unique formulation of the “Three Ants” cake was developed, which remains unchanged to this day. The demand for which is so great it is produced on an industrial scale.

In the early 2000s, the restaurant was headed by Voldemar Pasynchuk’s daughter, Marina Kalgina, Maître Restaurateur. And the Troika went at double speed. The competition was huge, many new, interesting restaurants opened, but Troika, faithful to its traditions and carrying the flag of high Russian cuisine, did not lose the old ones and acquired new guests.

Possessing innate taste and artistic talent, Marina made several global alterations. Each time guests were wowed with the hall’s rich decoration and the interior’s relevance. Faithful assistant and colleague in the business is Marina's husband, Peter Kalgin.

In 2014, after graduating from St. Petersburg State University and the Swissam Business School, Marina Kalgina’s daughter, Anastasia Sibanova, joined the company. Growing up in the restaurant watching her parents and grandparents working, Anastasia is sure her energy and ideas will be in demand in the company. Like her mother, Anastasia is also a Maître Restaurateur member of the Chaîne.

In 2017, a new heir to the Troika empire, Andrei, was born. The whole family wants to instil in the child a love of work, respect for tradition and a desire to work in the restaurant business.

That year the restaurant’s hall was once again transformed becoming even brighter and more festive. The solemn light gamut, bright colour accents and decorative elements only emphasize the restaurant’s Russian concept. The main decoration of the Great Hall is a picturesque ceiling panel - a troika of harnessed white horses rushing through an enchanted forest.

In the modern world, where the borders of countries are erased, where people share experiences whilst being at a great distance from each other, Troika is happy to work with guests from different countries and consider their wishes. As a result the establishment enjoys great popularity. It is very pleasant when an American, Frenchman, Chinese, Belarusian, Russian are looking at the stage with admiration, singing songs and being unable to simply to sit still and applaud.

" ... Oh troika, winged troika, tell me who invented you? Surely, nowhere but among a nimble nation could you have been born in a country which has taken itself in earnest and has evenly spread far and wide over half of the globe, so that once you start counting the milestones you may count on till a speckled haze dances before your eyes ... " - Nikolai Gogol. 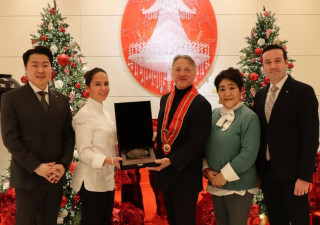 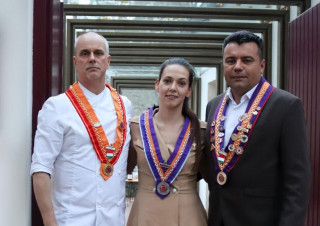 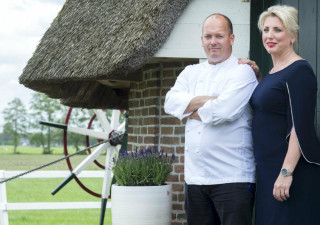 Fine dining in the Dutch countryside