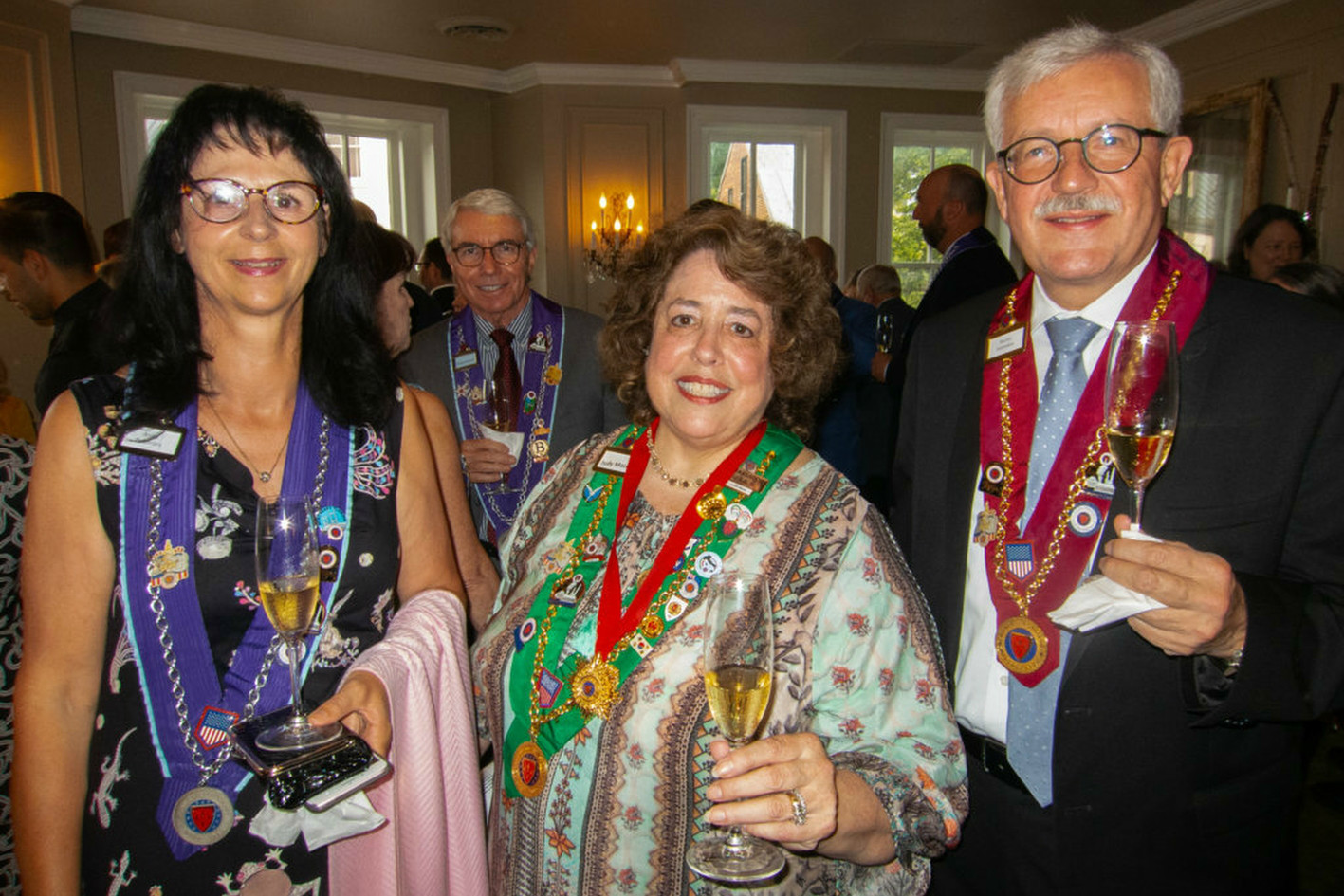 After more than a decade, the Bailliage returned to the George Town Club for a spectacular dinner at one of Washington’s most elegant and historic dining clubs. The occasion for the last event at the Club, in March 2008, was the Mid-Atlantic/Northeast super regional Jeunes Sommeliers competition - a weekend of wine education, competition, and an Induction dinner at which the current Bailli of Washington, Judy Mazza, became a Dame de la Chaîne.

The Bailliage was eager to return to the George Town Club when it learned that Paul Stearman was its new Executive Chef. Stearman is one of the Bailliage’s favourite chefs thanks to memorable dinners during his 18-years at Marcel’s, where he was Head Chef. Long-time members still talk about his unforgettable “Aphrodisiac Dinner” celebrating Valentine’s Day 2012.

The George Town Club, which opened in 1966, is in the heart of historic Georgetown in one of the few remaining 18th century frame buildings in the capital’s original port district. The building was constructed in 1783. Believed to have been John Suter’s Tavern where President George Washington and Architect of the Capitol, Pierre L’Enfant, met to plan the federal city. Since the club opened, two adjacent brick townhouses have been incorporated and restored with the same care as the original structure, creating a sophisticated and welcoming retreat for Washingtonians.

Chef Stearman’s cuisine is rooted in the French tradition yet infused with unbounded creativity. The sold-out gathering was delighted with the superb courses each paired with an outstanding wine from the Bailliage’s cellar.