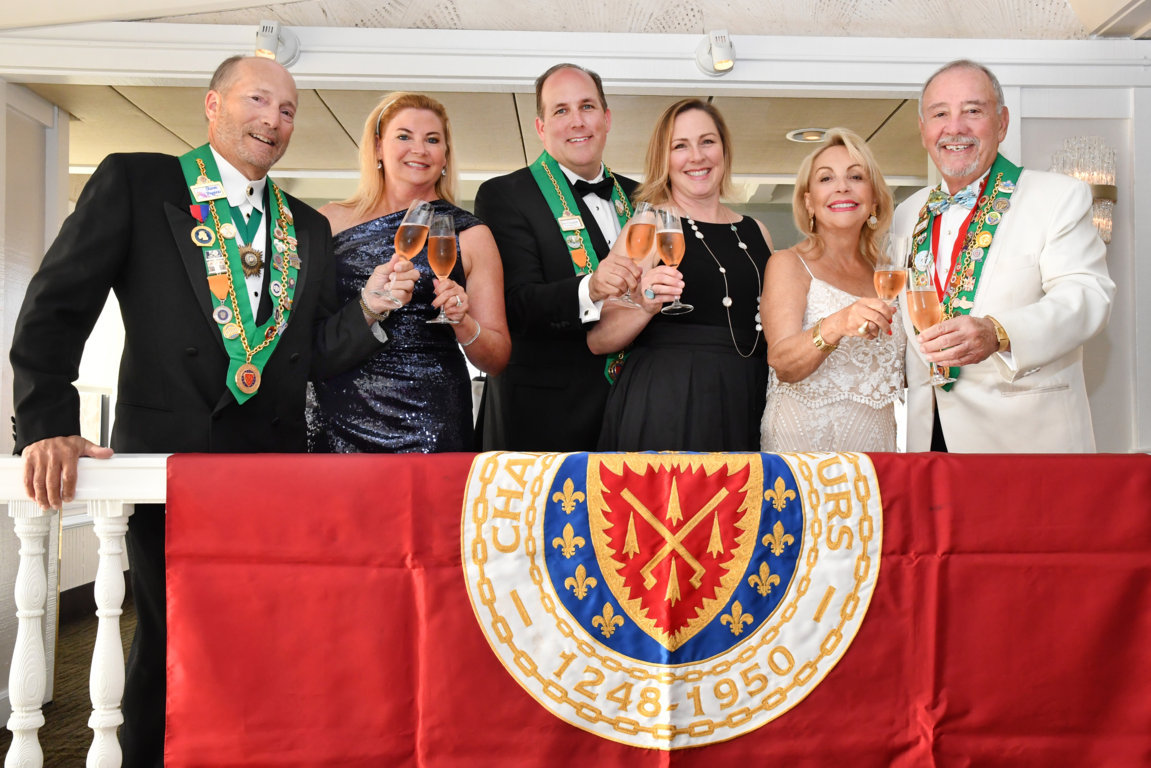 At the Pacific Ocean’s edge, the Bailliage kicked off summer at the Marine Room in La Jolla. Bailli Dominick Addario and his wife Marie, Chargée de Presse of USA, welcomed members and guests to this most dramatic of restaurants in Southern California.

Golden sun and vibrant blues stun the senses at this elegant beachfront eatery. At high tide foamy surf crashes against its tall windows.

Among its many awards, The Marine Room was featured in the prestigious 2019 California Michelin Guide.

For our dinner, a rare collaboration between Master Chef Bernard Guillas, who is a Maître Cuisinier de France, and Head Chef Thomas Connolly created a superb menu for members and guests where culinary excellence combined with seasonal tastes.

Chef Guillas’ affinity for the coastal lifestyle reminds him of his home in Brittany, “When I lived in France, the smell of the sea and the lure of its bounty were constantly part of our table,” he recalls. “I’m inspired by the variety and quality of the local produce and seafood found throughout our region. I love to use my classical training and my love for Pan Pacific flavours in all our restaurants.”