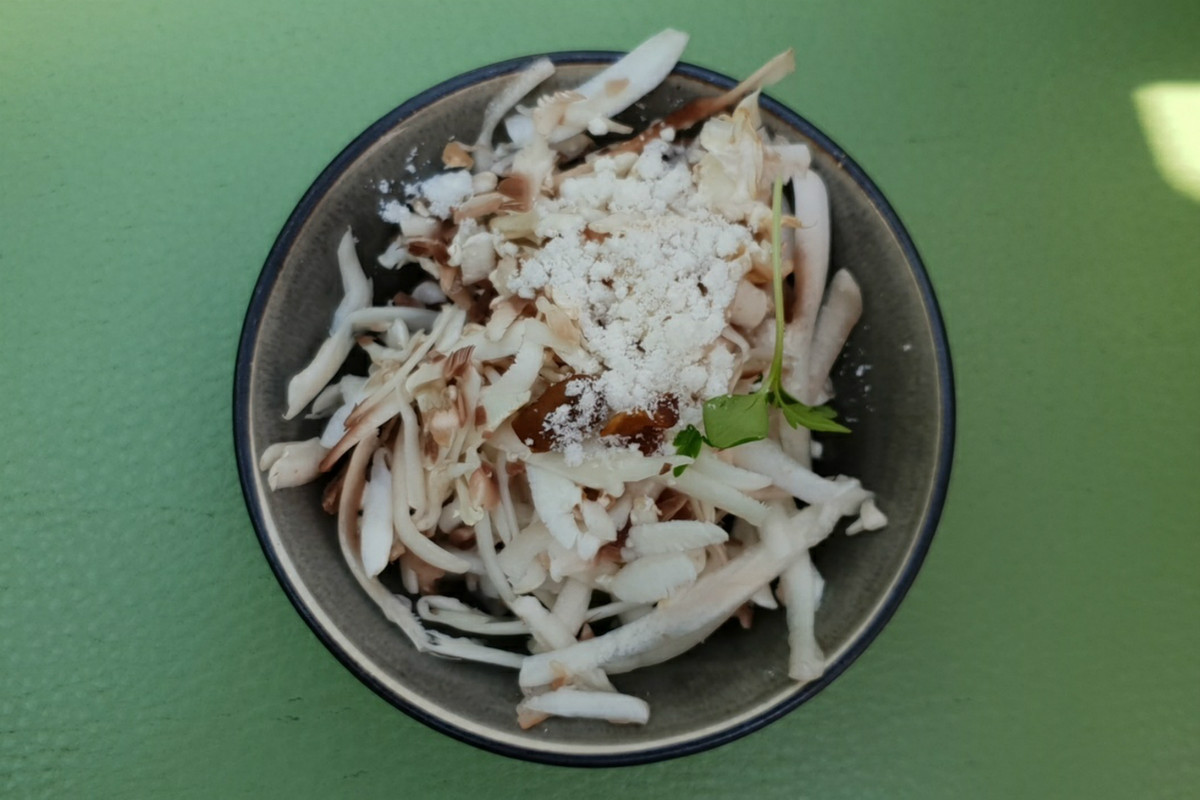 Having arranged this lunch at Zout & Citroen (English: Salt & Lemon), unfortunately Bailli Wim Sluijter found that he could not be in two places at the same time given a diary conflict with another (non-Chaîne) obligation. Accordingly, he asked me to step in something which I enjoyed doing. However, when I said yes I did not know a report was to be submitted for the Chaîne News On-line. Therefore here goes with my memories a little rusty several weeks later!

We were received on a very sunny day by a youthful, enthusiastic guard of honour on the beautiful terrace of the establishment. The fine weather meant our relatively small group could dine outside. The arrival of some had been delayed but for the sake of courtesy the staff wanted to wait until everyone was there to pour the Cava Arte Latino and to pass around the excellent canapés. Nevertheless we encouraged them to get on with it, the others catching up once they were there.

Having found the ideal shaded location we sat down to enjoy the lunch under the parasols. The menu started with a really delicious, classic steak tartare with vegetables, piccalilli and smoked egg yolk - a great choice for the sultry weather. Bodegas Zárate Albariño from Spain’s Rias Baixas went particularly well with it.

The next dish consisted of a wonderful piece of halibut with baby lettuce, grapefruit and cauliflower. Again, it was beautifully prepared.

Our host/sommelier wanted to experiment by serving special beers instead of wine with some dishes. Most of us were open to this. Thus we tried the recommended Haze Brewery New England Ale.

The main course of bavette, first lightly smoked and then “saignant” cooked, was wonderfully tender and juicy. Concluding the menu was a well-received combination of tonka beans with caramel, pineapple and spices.

Accompanying dessert was a Tonka Barley Wine from Holland’s Frontaal Brewery. Serving beer with the meal was generally considered as an interesting experiment, but most of us were really much more into wine so will revert to this on another occasion.

The extremely pleasant and successful afternoon ended as usual with coffee and tasty friandises.