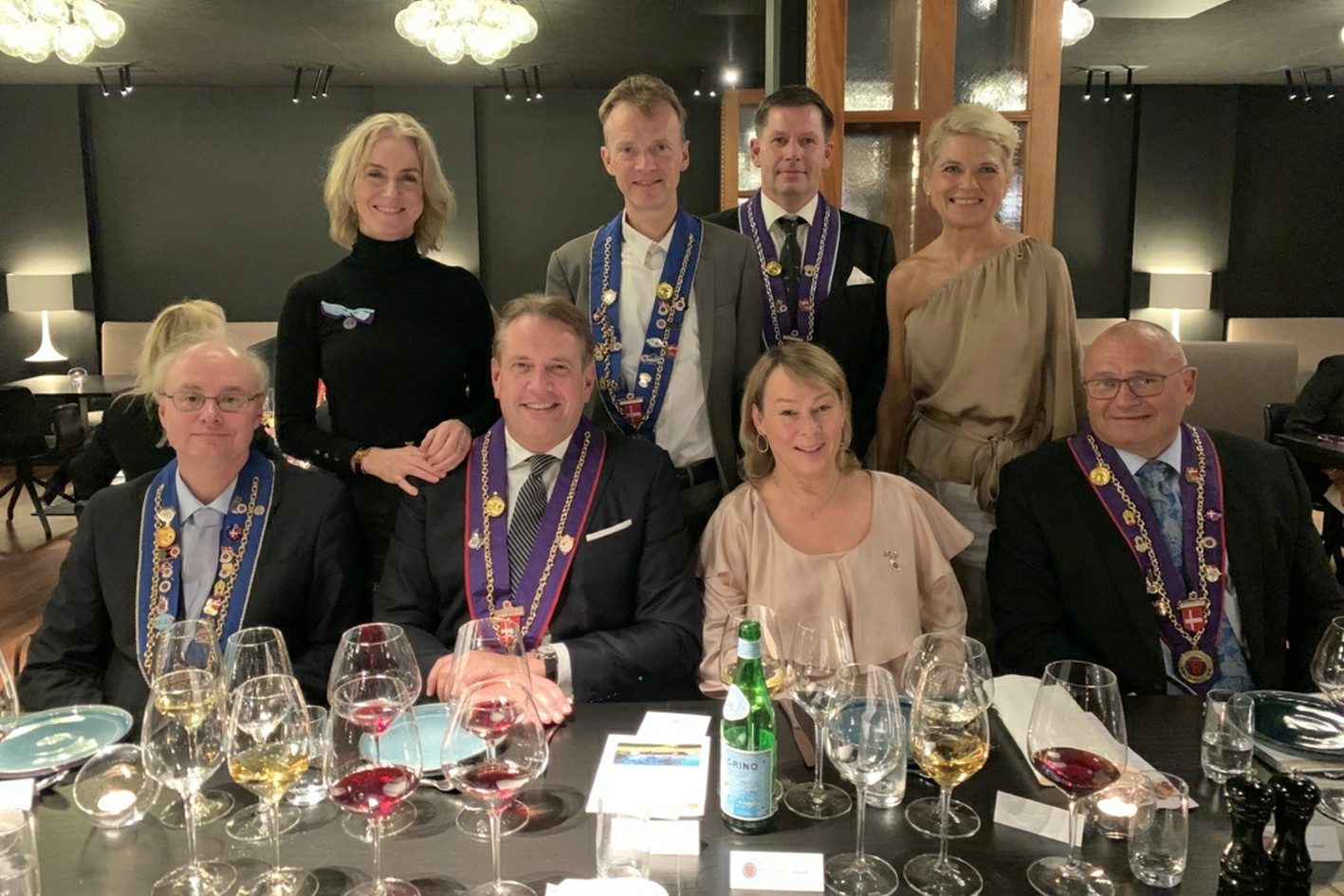 In 1983 La Cocotte was one of the first two restaurants that received a coveted Michelin star in Denmark. The chef at that time, Jan Cocotte-Pedersen, was also the first Dane to win the Bocuse d’Or. Now La Cocotte is run by Chef Sune Laurén.

After training at La Cocotte Chef Sune gained experience in other places including Søllerød Kro. Since 2007 he has overseen La Cocotte ensuring its high gastronomic level is maintained. La Cocotte is also very well known for its wine list. Its cellar has received the “Best Award of Excellence” many times from the wine magazine Wine Spectator.

The cellar is managed by Maître Sommelier David Adelhardt who together with Maître Restaurateur Rasmus Andersen welcomed us in the hotel’s lobby.

The menu looked amazing so we were all looking forward to this evening. Firstly though at the reception Champagne Bonnaire Blanc de Blancs, Cramant Grand Cru, was served with canapés being two kinds of crisps: shrimps with mushroom and deep-fried chicken feet, both accompanied by delicious dips.

After dinner, Chancelier Thorbjørn Moy and Échanson Jens Steffen Hansen gave the assembled kitchen and service brigades their appreciation. They loved the way that both brigades had a sense for detail.

Thorbjørn talked about the different techniques the kitchen staff had used for the processes. The wine was especially praised. It was noted that the restaurant had gone “all in” on the wines; that all were of exceptionally high quality.

Concluding the accolades, to applause from the entire party Bailli Délégué Jørgen Krenk had the pleasure of awarding the staff the Bailliage of Denmark service pin for first class service at a Chaîne event.

Afterwards we had coffee, tea and petits fours. Some guests had taken advantage of the favourable rates for the rooms so they could stay and enjoy the very well-equipped bar!