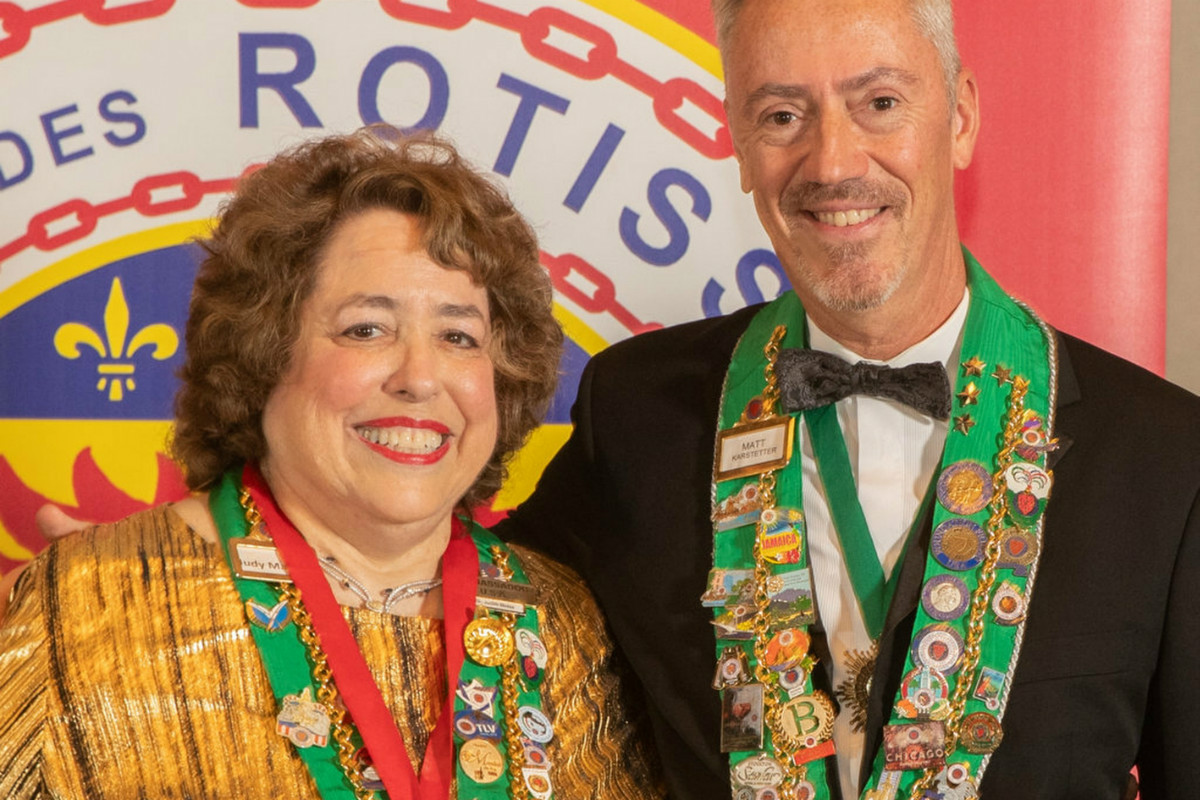 Members and guests assembled at the Watergate Hotel for the Bailliage’s annual black-tie Gala Induction evening. Having recently undergone a $125 million renovation, the Watergate was a superb venue for the largest induction in the Bailliage’s 52-year history. Perfect fall weather enticed early arriving confrères to the Watergate’s rooftop terrace for the spectacular view along the Potomac River from the Kennedy Center to Georgetown.

The Bailliage was honoured to have Matt Karstetter, Chambellan Provincial of Mid-Atlantic, serving as Inducting Officer for the 18 new Non-professional and six new Professional members in attendance.

Among the inductees were the Watergate Hotel’s Managing Director and Executive Assistant Manager for Food and Beverage. Bailli Judith Mazza awarded the Bailliage of USA’s Bronze Star of Excellence to newly promoted Vice-Chargé de Missions Ray Villarreal for his work on the Bailliage’s wine cellar. Several members received Commandeur and USA “Share-the-Chaîne” pins.

Dinner followed the ceremonies. Maître Rôtisseur and Executive Chef Sébastien Giannini had wowed attendees with his cuisine at the 2018 Induction at the St. Regis Washington. January 2019 Sébastien moved to the Watergate Hotel as Executive Chef. Consequently we eagerly anticipated what delights would come from his new kitchen. The wait was worth it!

Six members were inducted into the Société Mondiale du Vin (Ed. The Bailliage of USA equivalent of the Ordre Mondial des Gourmets Dégustateurs in the rest of the Chaîne world) in a festive, fun ceremony before the elegant tarte au chocolat dessert.

The evening was however not quite over. Members and guests adjourned to the foyer for coffee, mignardises and conversation. A delightful conclusion to a memorable evening at the historic Watergate. 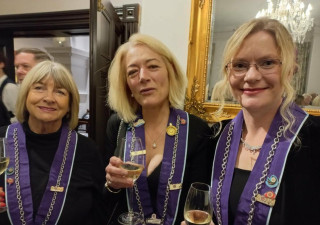 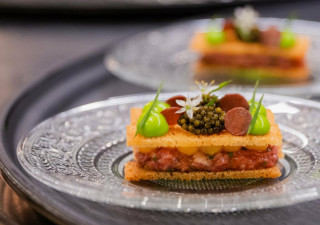 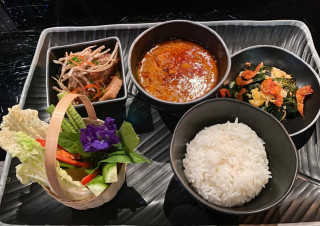