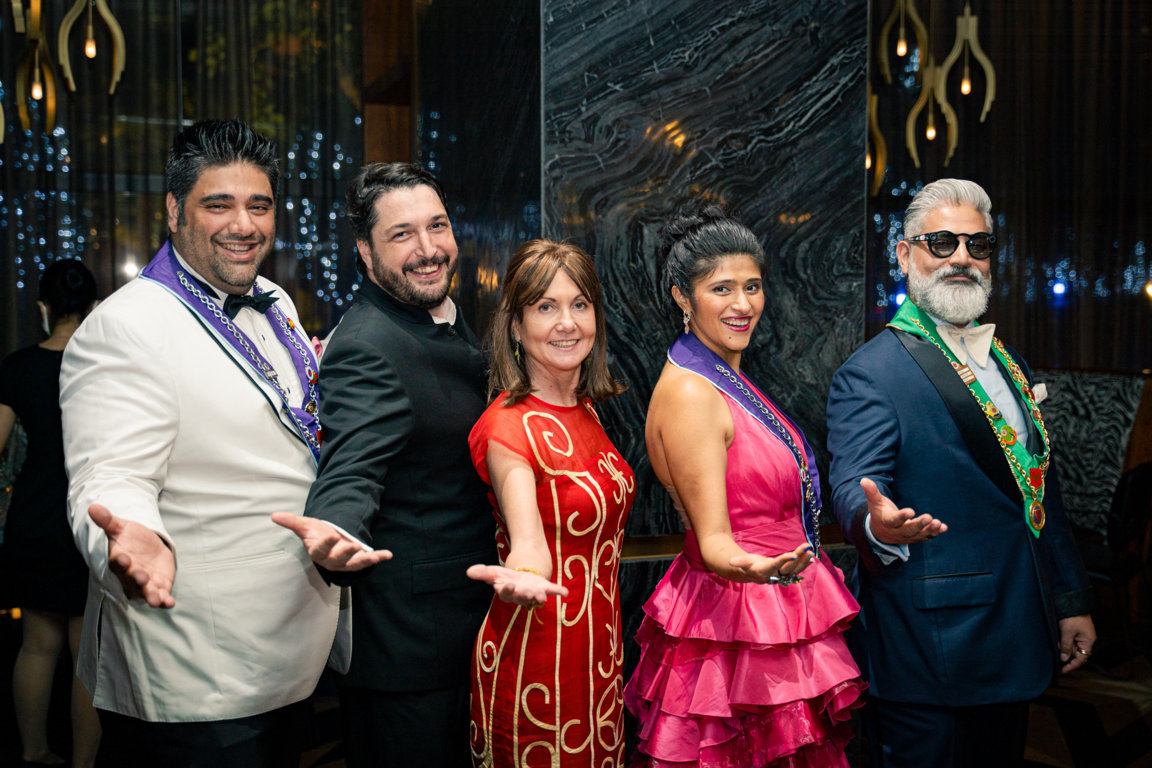 With its five restaurants, two bars and one lounge, the JW Marriott Hotel Hanoi is a culinary destination in Vietnam’s capital city.

The hotel’s “Akira Back” restaurant presents infinite possibilities and boundless creativity in its culinary creations, skilfully melding modern Japanese cuisine with Korean accents and culinary influences from around the world.

Executive Chef Rene Oskam and Akira Back’s Head Chef James Lorenzo as well as the culinary team at Akira Back planned a unique, original menu for this not-to-be-missed event at which there were only 25 seats.

Members and their guests were invited to don formal wear whether it was an Ao Dai, tuxedo or ball gown to fully experience the gala nature of the festive evening with its menu worthy of the hashtag #anngonmacdep (the enjoyment of delicious food, unmissable wines, with elegant fashion and unforgettable style).

Desserts and cheese were served in “Kings & Queens” - a luxury urban private room billed as the hottest venue in Hanoi for private parties. Maître Hôtelier Roland Svensson and Chevalier Ravi Chunilal presented a magnificent unveiling of the selection on offer.

While guests were enjoying their desserts, Ravi provided a food accolade in the presence of the culinary team and Bailli Délégué Raj gave a retrospective on the wines.

Prior to the unveiling of the desserts, we celebrated Roland’s birthday. [NB. The celebration was bittersweet as the following day sadly he died of a stroke. RIP]

At the end of the evening Bailli Délégué Raj Taneja thanked everyone for participating in the momentous occasion. He looked forward to welcoming everyone again at future events in 2021 and beyond!

Special thanks went to the dignitaries present as well as to those members who had travelled long distances to attend. Raj concluded by expressing his deep gratitude to the Bailliage’s sponsors.