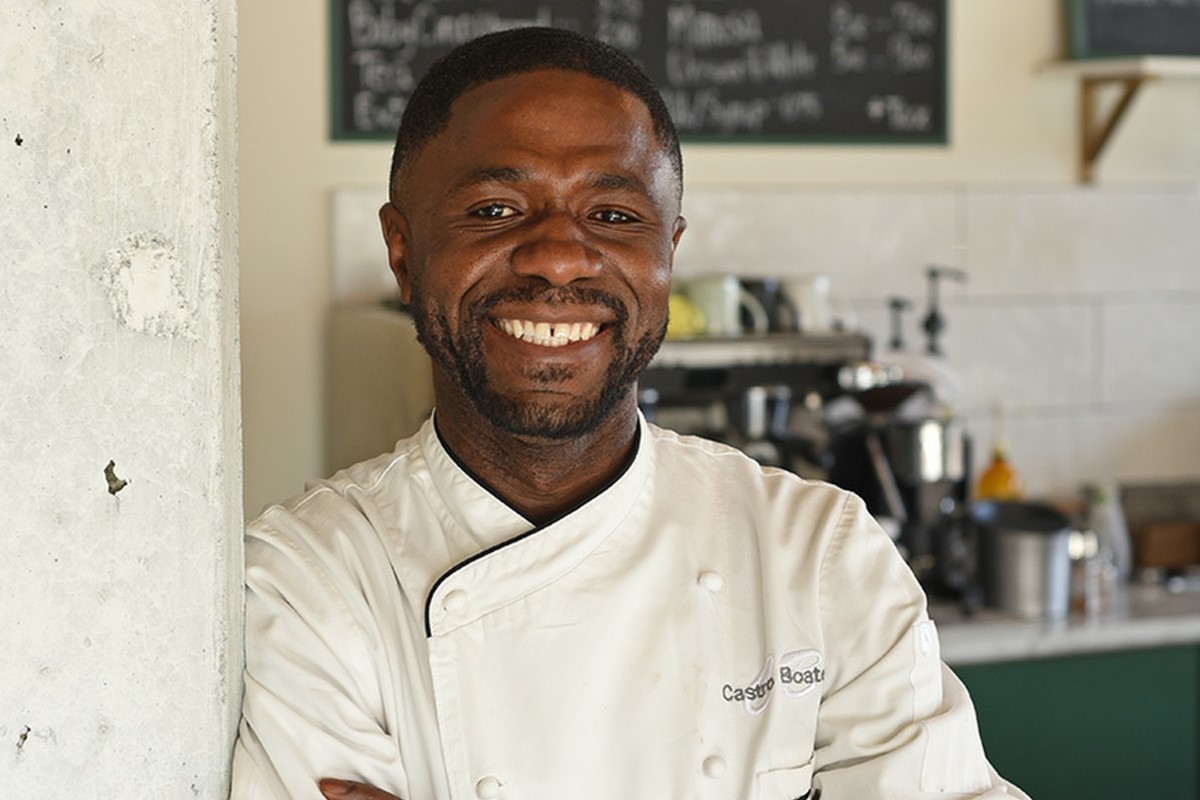 With COVID-19 regulations in British Columbia continuing to restrict organised group gatherings, restaurants have had to radically reduce seating capacity. Tables are separated from others by the required distance of six feet.

The establishments have had to adapt their menu offerings to encourage their patrons to dine with them, albeit in very different surroundings and changed ambiance. Some Chefs are offering particular theme menus or cuisine reflecting indigenous specialties.

The House of Boateng Café is no exception to this rule.

February was Black History Month internationally. The Canadian Federal Government website, our Provincial Government and local newspapers had a wealth of information on the historical contributions made to Canada by many outstanding Black Canadians.

Executive Chef Castro Boateng, Maître Rôtisseur, who was born in the West African country of Ghana, designed an eclectic menu of African and Caribbean dishes in celebration of Black History Month.

Several Bailliage members were able to dine at the House of Boateng (“HOB”) and enjoy some new and exotic flavours.

Chef Castro has worked his way up the ladder and continues to show why he is one of the best Chefs on Vancouver Island. His philosophy is simply fresh ingredients, delightfully personal service and seriously good food. His motto is: “Food brings people together and the act of sharing a meal is the root of our survival”.

Having worked at Scotland’s prestigious Turnberry Resort, Chef Boateng moved to the Fairmont Southampton Princess in Bermuda. Arriving in Canada, he first worked as Head Chef at Eden, the five-diamond restaurant at the Rimrock Resort Hotel in Banff, Alberta, which is where he met Charlotte, his wife to be.

After a spell as Executive Chef at the Villa Eyrie Resort in Malahat, British Colombia (just outside Victoria), Castro and Charlotte opened their House of Boateng Café in September 2019 in Langford, British Colombia.