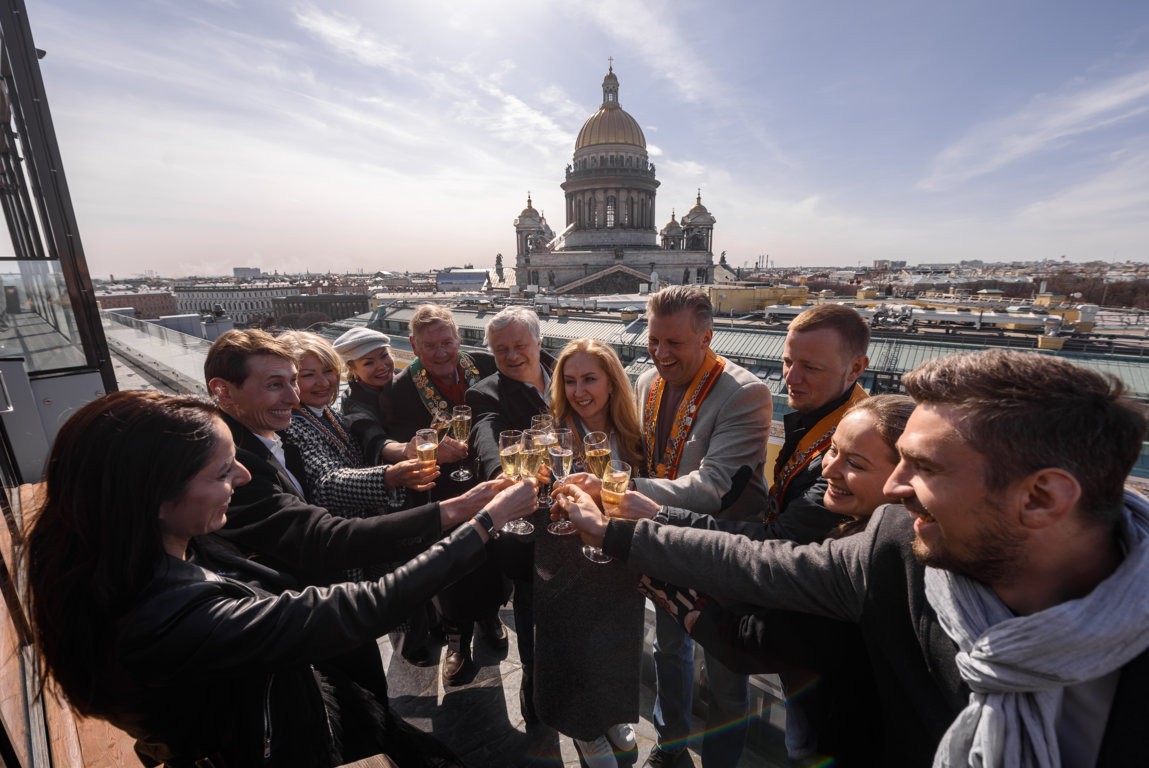 Albeit a week in advance of the actual day, the Chaîne in St Petersburg celebrated World Chaîne Day (WCD) at the unique top-terrace restaurant of the Sofitel Hotel’s 8th (top) floor with beautiful views over the city including St Isaac’s Cathedral.

The Accor “SO” grade hotel, designed by architect Antonio Citterio, is situated on Voznesenskiy Avenue in the rich historic centre of St. Petersburg close to all the principal cultural tourist attractions.

From the terrace you have a fantastic view over the whole city. It is the most beautiful top-terrace restaurant in St Petersburg.

Our event started at 2pm. Bailliage members, some 15 in all, including Bailli Leonid Garbar, were received by Ada Egorova, the Sofitel’s General Manager.

On the tables were delicious snacks and for two hours glasses of champagne were served by excellent waiters. Also present was Walter Spaltenstein, a Swiss national, who is Rector of SWISSAM, the first international hospitality school in St Petersburg which opened nine years ago. I am a member of the Advisory Board and Co-founder.

I presented the World Chaîne Day pins to everyone at the event. After the weekend, Moscow’s Bailli Vladimir Efimov was in St Petersburg with his wife Victoria. So I took the opportunity to give him the special pins for his members who had participated in their WCD event in Russia’s capital city, Moscow. [Ed. see separate article published]