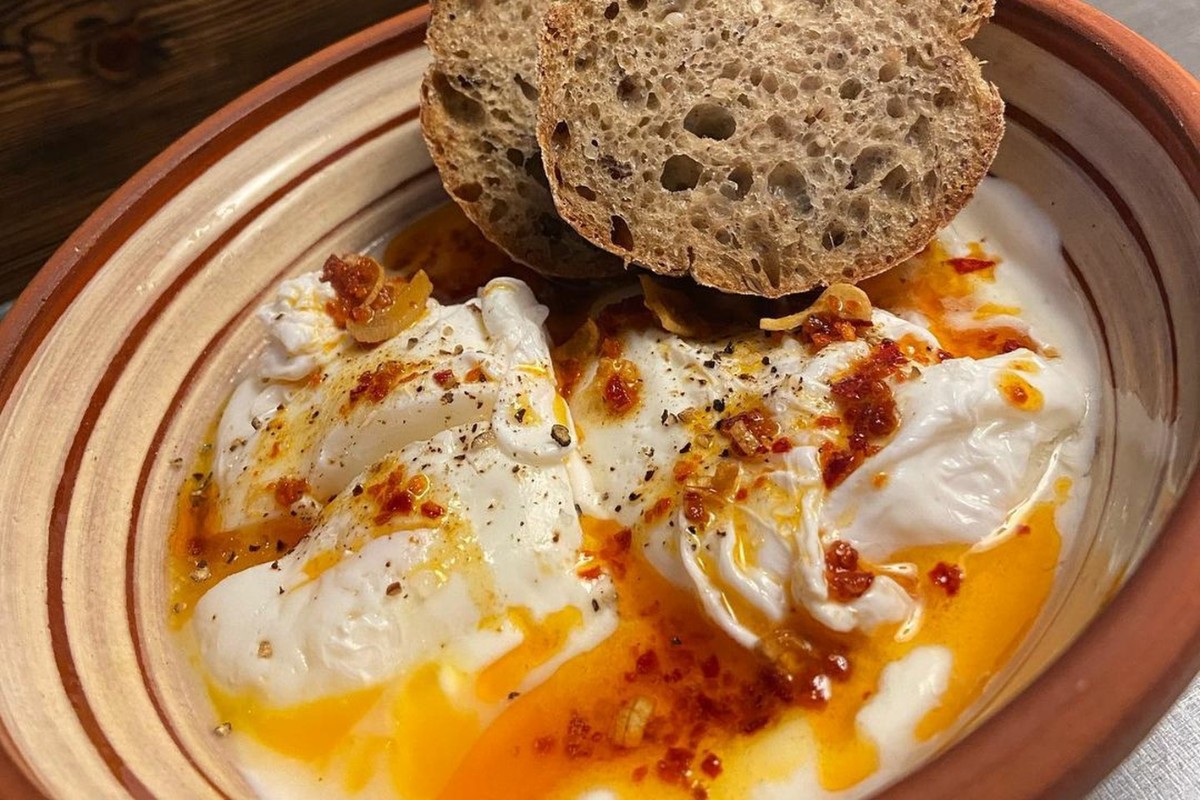 Celebrations in the birthplace of World Chaîne Day
" which was first, the chicken or the egg? "

The overall approach in Finland in this pandemic affected year was that World Chaîne Day (WCD) was best shared at home with family, everyone cooking eggs according to their personal taste.

Ari-Pekka Parviainen, Chair of the WCD Organising Committee, who is a Member of the International Board and a former Conseiller Gastronomique with the Bailliage of Finland, led the way with celebrations at home. Ari-Pekka is a forensic dentist by profession, a food enthusiast and writer in his spare time not to mention a keen Chaîne des Rôtisseurs member. He repeated the eternal question: which was first, the chicken or the egg? Humorously he decorated a tray of eggs to represent a Bailliage. Very clever! Chicken and of course egg featured on his menu, the latter appearing in a steak tartare with egg yolk cooked at 65 degrees.

Chef Wotkin’s is a Helsinki-based meat supplier founded in 1978. The Votkin family who own the business are long-term staunch supporters of the Chaîne and its World Chaîne Day. They posted on social media “Saturday 24 April, we celebrate international World Chaîne Day virtually by cooking at home. Our store counters are filled with many good delicacies for the delight of home cooks.”

Chevalier Kari Mattila in Tampere celebrated with a private dinner with friends in the romantic atmosphere of the vaulted Ravintola Tiiliholvi where the cuisine includes Finnish and international gourmet dishes as well as seasonal specialities.

Kymin Houvila (Chef Rôtisseur David Zamora and Chef de Table Elena Vantanen) in Kuusankoski is a Professional member establishment in the Bailliage of Carelie. Proud members of the Chaîne they posted a photo of the day they received their Professional Plaque.

Marika Mesimaki, Dame de la Chaîne with the Bailliage of Lahti, had a World Chaîne Day dinner at home including a delicious salad with all possible side dishes.

Mira Saartio, Vice-Argentier in the Bailliage of Helsinki, posted “Today I made Karelian pies at home. They turned out to be delicious!”

Teija Sääksmäki, a Dame de la Chaîne in Helsinki, posted “Today we celebrate World Chaîne Day with the theme ‘let’s cook egg’.” From her kitchen she said, “I’m preparing dipped eggs and asparagus. Preparation is the key to success in cooking!”

Sami Nenonen, Vice-Conseiller Culinaire of Helsinki, wrote that his World Chaîne Day started with a Turkish-style breakfast of eggs with yoghurt, garlic and chili. His lunch included a “Scandinavian Ferry Copycat” crab sandwich, served with lemon, lettuce and Spanish aioli. Oh... and EGGS of course!

Other members who were noted posting on social media include:

Esko Junno, Vice-Chargé de Missions with the Bailliage of Oulu

Mikko Kemppainen of Espoo Catering, a Chef Rôtisseur in the Bailliage of Helsinki

Well done to everyone in Finland for their usual enthusiastic support of World Chaîne Day 2021!