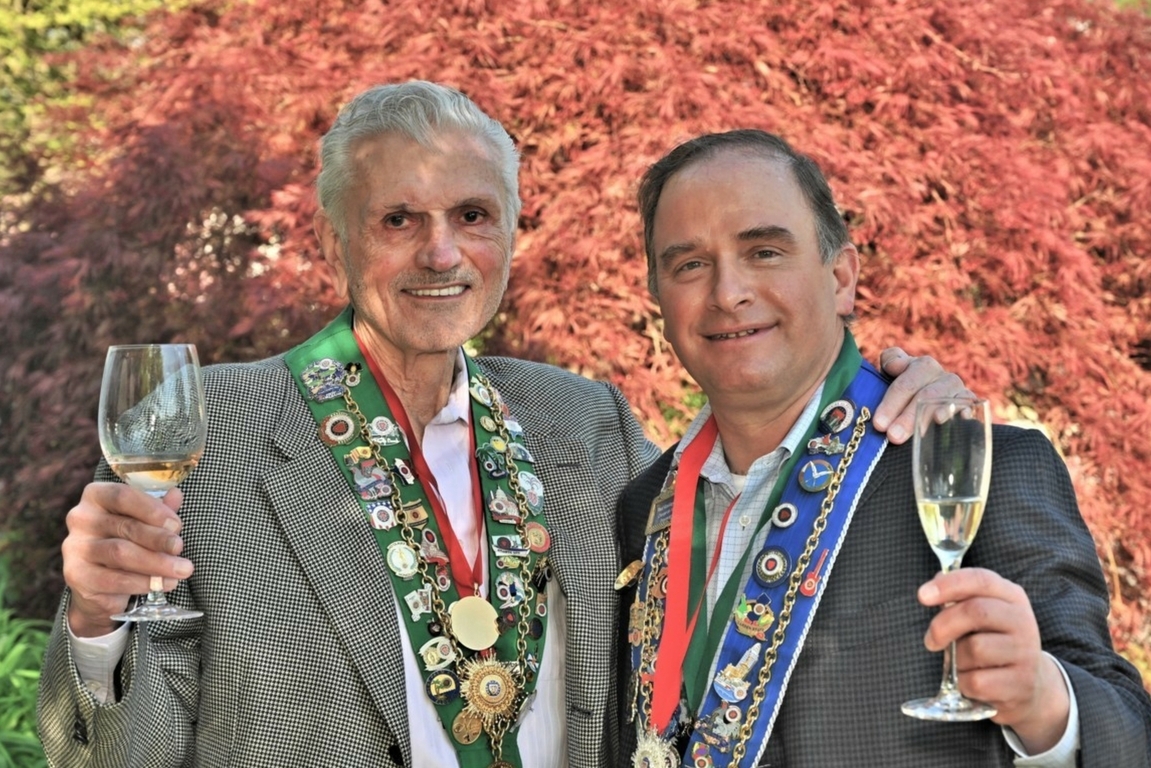 Celebration in the 'City of Brotherly Love'
" Worth the wait to celebrate with in-person dining? Absolutely 100% "

The Bailliage of Philadelphia is one of the oldest in North America. The city is often referred to as the “City of Brotherly Love”. Naturally, our Bailliage celebrates that spirit of camaraderie.

As vaccines are rolled out and the pandemic receded, it was with great fanfare that our first in-person event of 2021 was arranged to correspond with World Chaîne Day (WCD). To heighten the celebration this special event was held at a Chaîne favourite, At the Table Restaurant in suburban Wayne, Pennsylvania.

At the Table is run by the husband-and-wife team of Chef Alexander and Tara Buzan Hardy. We are consistently surprised and delighted by their inventive, beautifully prepared and presented cuisine combined with outstanding service. The November 2019 event held here so impressed everyone it was voted “Dinner of the Year”.

WCD provided the perfect opportunity to celebrate a trifecta: 1) in-person dining, 2) honour Chefs Alex and Tara with a ceremonial plaque, and 3) celebrate WCD with our friends worldwide.

At The Table team created an exceptional six-course dinner with that wow factor! Chef Alex described every ingredient as a line in a story, all of which culminated in a delightful culinary adventure for us.

Chaîne officer Mary Ann Settembrino and Chargé de Presse Provincial Paul Koulogeorge were the planning masterminds for this amazing dinner and brought the wines. They created a festive experience including a wine trivia game with prizes. Live music played throughout the evening.

Bailli Thomas Knox (with over 22 years of service, one of the longest serving Baillis in the USA) held a ceremony to recognize Chef Alex and Tara for their “Dinner of the Year”. He presented them with a Chaîne-insignia plaque. They expressed what an honour to receive the award and their appreciation of the support Chaîne members have given throughout the past challenging year.

The At the Table team received a standing ovation. Before returning to the kitchen, the Chefs hung the plaque at the front entrance of the restaurant. In addition, the team lists the “Dinner of the Year” honour with the Chaîne logo on their menu to tell future guests of this recognition.

We discovered that all staff watch the documentary “King Georges” about famed Philadelphia Chef George Perrier, a highlight of the movie is when Chef Perrier receives an award from the Chaîne. When asked why, Chef Alex explained he wanted his team to understand the importance and significance of being recognized by the Chaîne.

Worth the wait to celebrate with in-person dining? Absolutely 100%. At the Table was the perfect venue for us to come together in Chaîne camaraderie in the “City of Brotherly Love.” This WCD celebration was outstanding so At the Table may just win “Dinner of the Year” again!