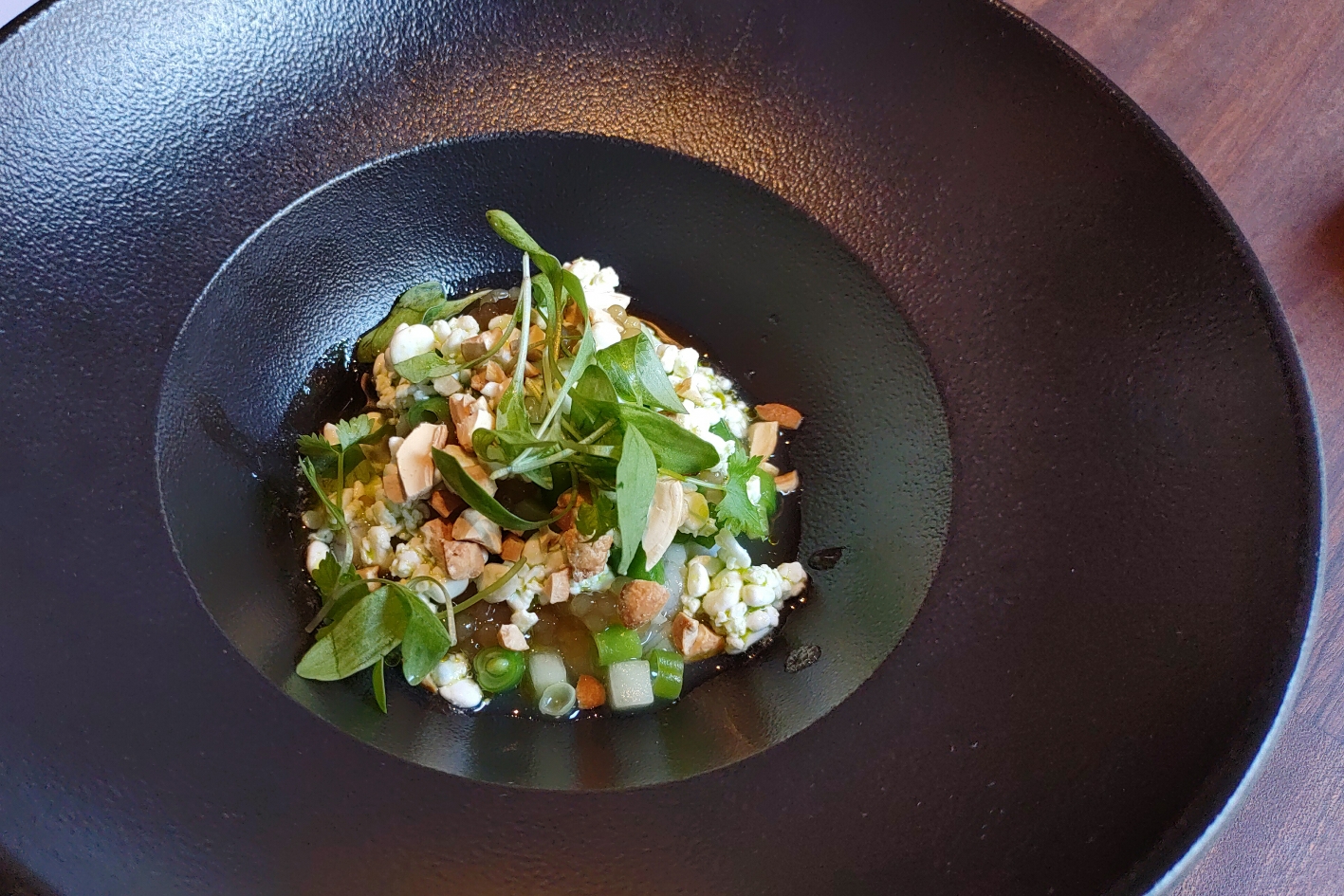 À Terre was the venue for our first event after the summer break. It is located behind the Royal Theatre in the centre of Copenhagen. The restaurant is owned and run by Maître Rôtisseur Yves Le Lay. He has a very impressive CV. For example, he worked at Restaurant Herman, Nimb (1* Michelin), Søllerød Kro (1* Michelin) and Falsled Kro. The restaurant also won the Best New Restaurant 2019 receiving very impressive reviews.

When this event was announced, it sold out in 45 minutes!!!

Bailli Délégué Jørgen Krenk had changed the dress code of the event to “smart casual” as the weather was still very warm. Glasses of Crémant de Bourgogne (by François Mikulski in Meursault, France) welcomed us as we mingled in front of the restaurant until we were summoned to the table.

After the dinner we had the traditional line up of the staff. Chancelier Thorbjørn Moy gave the assembled brigades his appreciation.

Thorbjørn was very positive, saying that it had been a fantastic evening with a well-prepared dinner and wine pairing. He particularly noted that the edible crab was paired with a Gerwurztraminer thinking that maybe we were having a cheese dish. The very bold wine pairing was a success as the transformation of the wine with the dish was fantastic.

He was also very impressed by the French (Belgian) ambiance, with TinTin in the rest rooms in book and sound form - in French of course. Of particular mention was the top gear service which made the restaurant stand out as something very special.

He noted that the restaurant had the Michelin Plate for Good Cooking which could very well become a star.

In appreciation of their first-class service Bailli Délégué Jørgen Krenk awarded the staff Bailliage of Denmark service staff pins which are reserved for only the best kitchen and service brigades. Jørgen had expected that the evening would be outstanding so he had also pre-prepared a diploma for a fantastic evening with the Chaîne and presented it to Yves Le Lay to the rousing applause of the party.