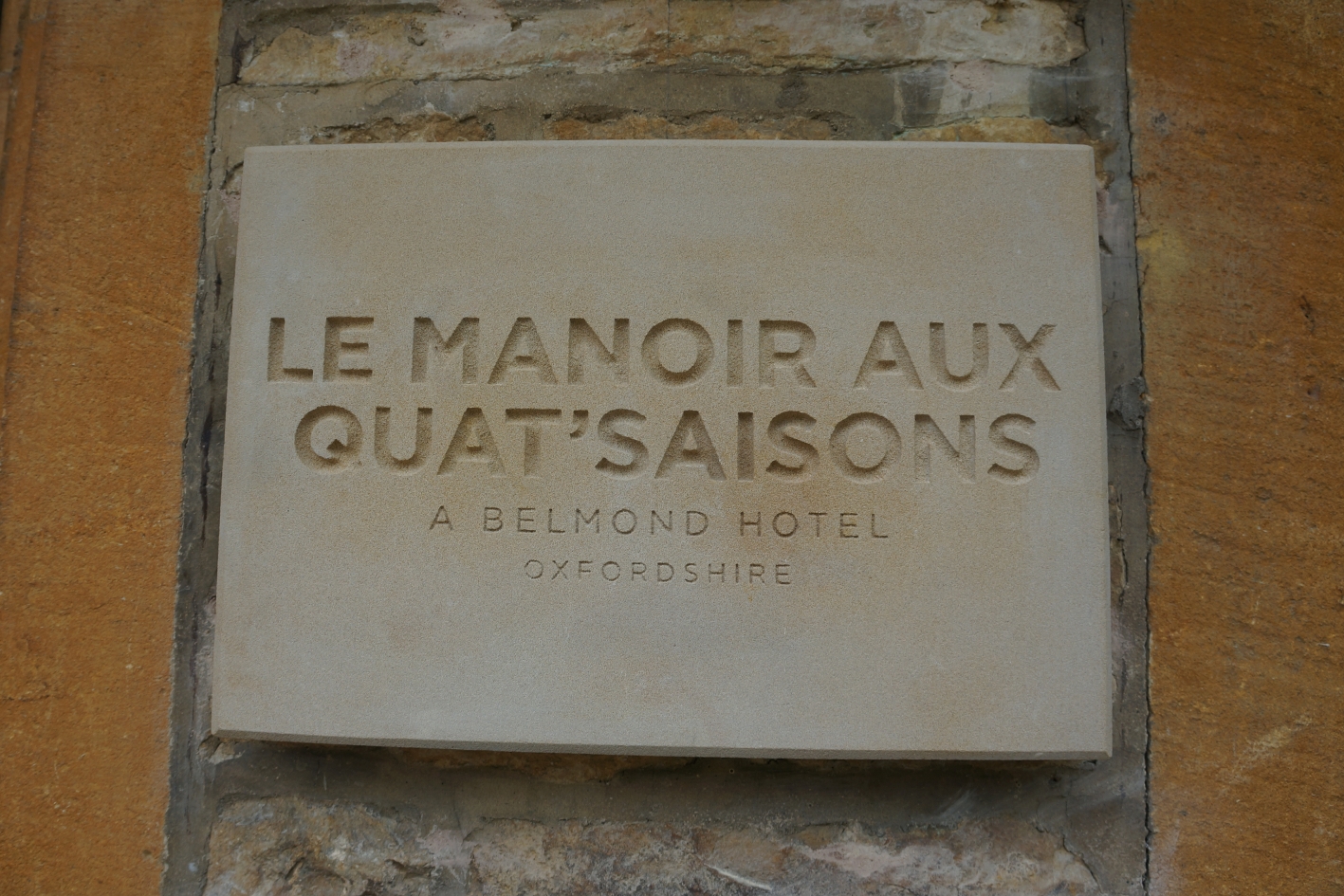 After three years of planning and four cancellations due to COVID-19, the Bailliages of Thames Valley and Wessex together with other members in Great Britain were delighted to have dinner at the Michelin 2-star Belmond Le Manoir aux Quat’Saisons.

The event started with a tour of the amazing gardens that have been developed and now cover some seven acres including a mushroom valley. The new fruit orchard has 70 different varieties of apples and pears all of which were tested by the kitchen as to the best way to cook each variety.

Some 50 people dined in La Belle Époque with a menu designed by Maître Rôtisseur Raymond Blanc, OBE. The event was organised by their very professional team led by Jeanette Williams who personalised each menu card to suit the individual diner’s dietary requirements.

The dinner was preceded by Veuve Clicquot 2012 Vintage Champagne and delicious canapes in the conservatory.

Each wine was tasted and expertly described by Sommelier Magdalena Babik.

Prior to the Santé du Chef, Conseiller Culinaire Vic Laws, MBE, talked with Sous Chef Liam Skelton and Pastry Chef Benoît Blin who had supervised our experience that evening.

It was interesting to note that whilst we are suffering an acute labour shortage in the UK’s hospitality industry, Luke advised that at Le Manoir they were lucky that this was not the case. Many of their young chefs who had done ‘stages’ with them had then come back to work full time. Accordingly, they have been able to maintain their brigade of nearly 30 chefs in the kitchen, which looks after 85 covers in the restaurant and 50 in the private dining room.

The evening concluded with a raffle which raised nearly £1,000 for “The Clink” - the Bailliage of Great Britain’s preferred charity. As a parting gift, each guest was presented with a signed copy of Raymond’s latest book ‘Simply Raymond’.

This has become a biennial event and we look forward to returning in 2023.