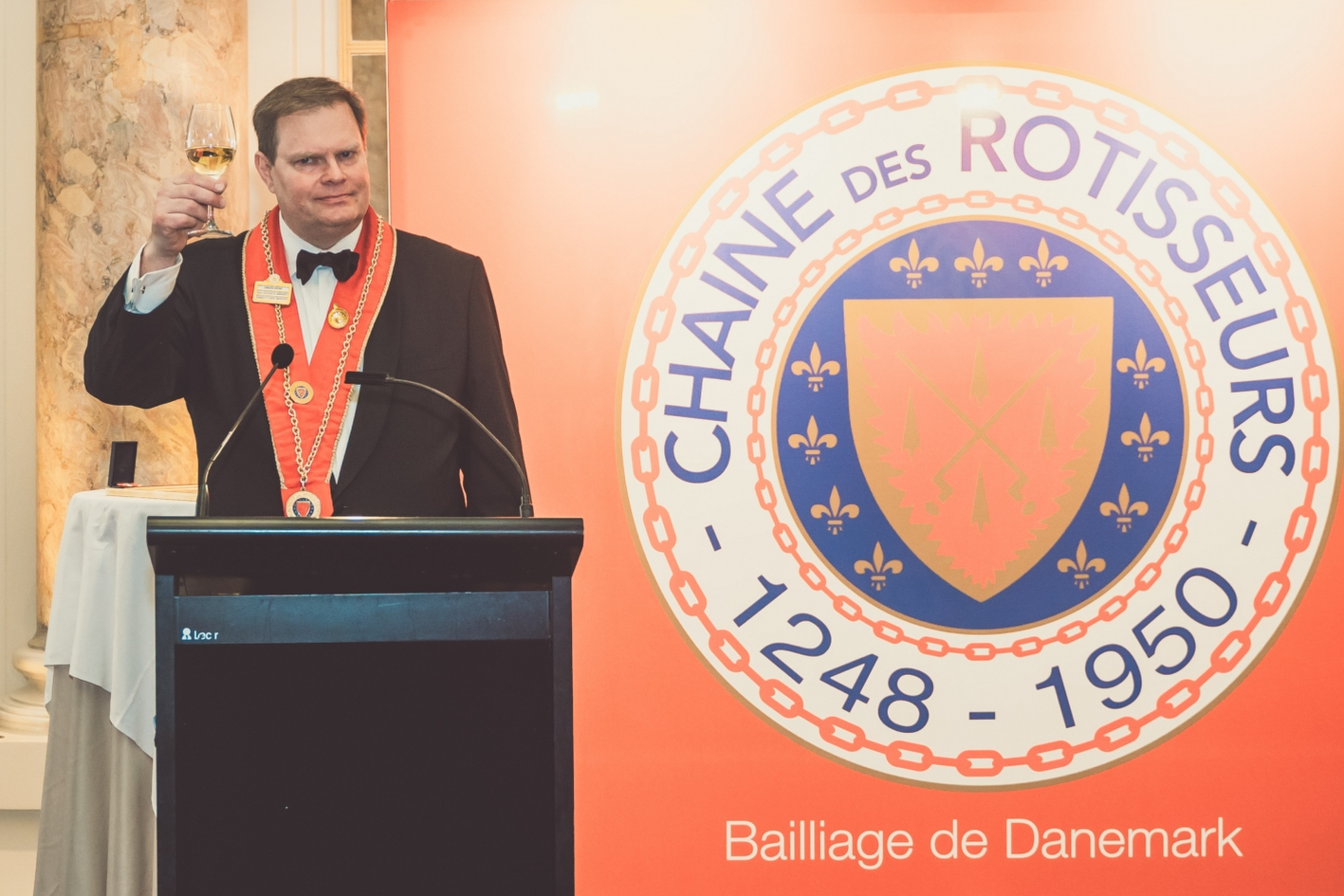 " The dishes were excellent, not overly decorated but with amazing tastes "

The Bailliage held its 2021 Chapitre at Hotel d’Angleterre on Saturday, September 11th - the very day the final COVID-19 restrictions were removed in Denmark. We were back to normal!

Hotel d'Angleterre built in 1755 by Jean Marchal is one of the first luxury hotels in the world. Rated as one of the finest hotels in Denmark it has 60 suites, 30 rooms, a Michelin-starred restaurant, ‘Cocktail & Champagne’ bar and a spa.

The Chapitre started in the Louis XVI Salon with the Induction Ceremony presided over by Jørgen Krenk, our Bailli Délégué, in his capacity as a Member of the Conseil Magistral. A total of 56 people were either inducted or promoted.

Before and after the Ceremony we were served champagne. A great opportunity to mingle and meet old and new friends.

We were then seated in the hotel’s impressive Grand Hall “Palm Garden” with 138 participants. It was spectacular. Bailli Délégué Krenk welcomed everyone, especially our guests from abroad.

The Gala Dinner menu was presented by the hotel’s new Executive Chef, Jakob de Neergaard. He has previously worked at Søllerød Kro. Among the dishes was his signature starter “Caviar surprise” invented at Søllerød which has since evolved.

After the main course Chancelier Thorbjørn made another speech for Merete Kudsk Jensen. An educator who in 2021 celebrates her 40 years anniversary as the waiter educator/matchmaker, with evident passion Merete has taught her students their craft. She always ensured the right student is assigned to the right kind of restaurant which is highly appreciated by the restaurants and the students. She too was awarded the Bailliage’s Medal of Merit for her contribution to the Danish gastronomy scene.

At the traditional lineup, Thorbjørn shared that at his table they had been discussing what is the new “trend” in Nordic cuisine. All agreed that we are moving from highly decorated food arranged with tweezers to a focus more on the taste. The menu tonight he declared was a good example of that principle. The dishes were excellent, not overly decorated but with amazing tastes.

As an example, Executive Chef Jakob’s signature starter, the salty caviar, with the juicy lobster in the creamy Jerusalem artichokes panna cotta, was a dream.

The wine pairing for our Gala Dinner was carried out by our wine sponsor, Best Selection. Each dish was very finely matched.

In appreciation of their first-class service and to the applause of the party Bailli Délégué Jørgen Krenk awarded the staff Bailliage of Denmark service staff pins reserved only for the best kitchen and service brigades. 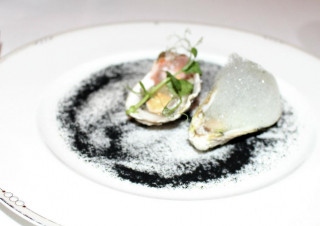 At The Grill in the prestigious Capital Club