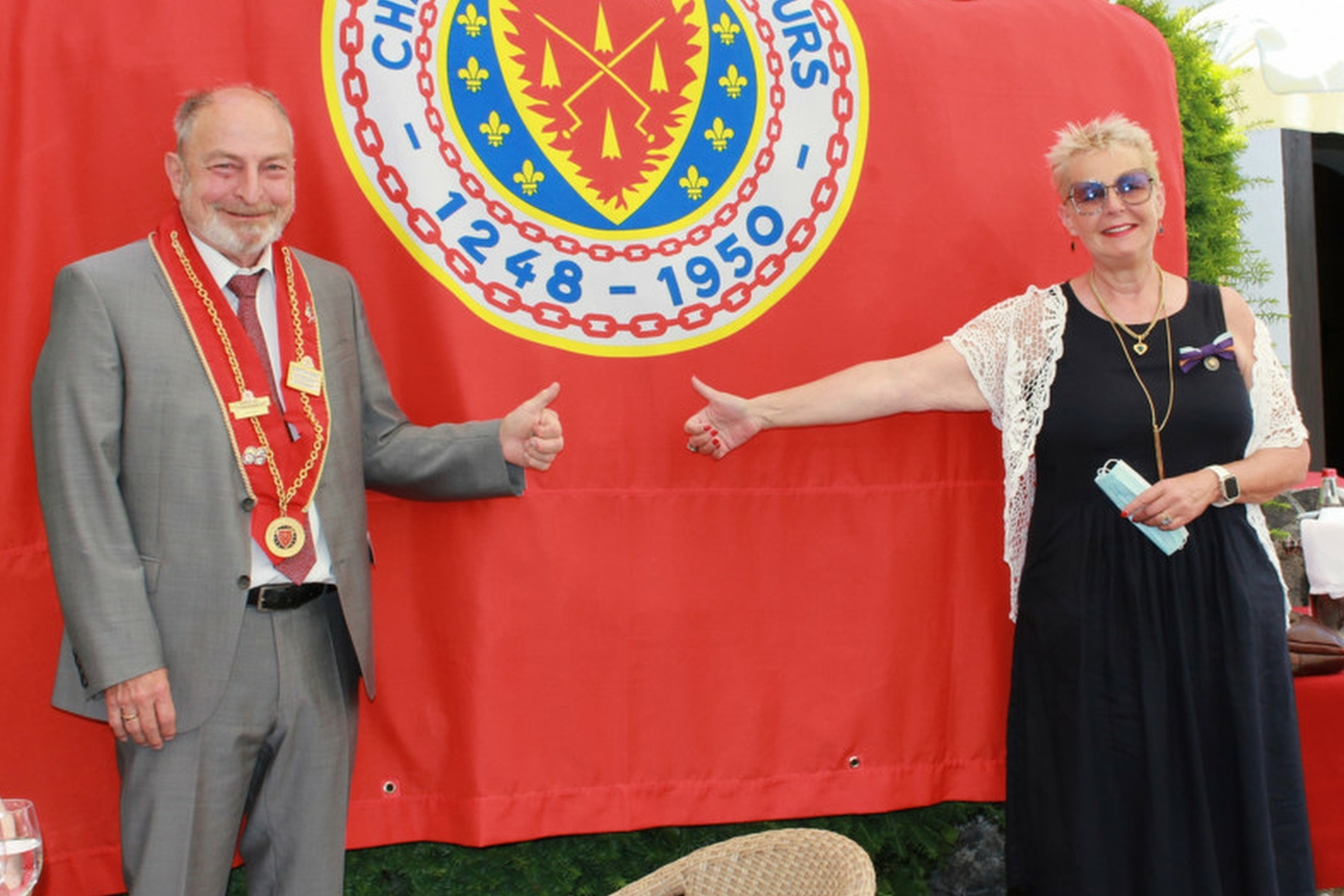 Sun shines on celebration in the garden

Every year the Bailliage uses the summer solstice to organize an enjoyable event. This year, on June 12th, Maître Restaurateur Adele Gantenbein invited members and their guests to a “Pre-Solstice” lunch in the garden of the Löwen Restaurant.

In addition to the wonderfully sunny weather, the inviting atmosphere of the garden in the middle of the vineyards surrounding Vaduz and the sight of the tables decorated with meadow and poppy flowers, members were happy to be participating in a long-awaited reunion.

During a champagne aperitif donated by the National Bailliage, Bailli Délégué Daniel Jäggi gave a warm welcome and greeting to one and all. He also took the opportunity to remember wonderful moments with the late Reto Silvani, in whose honour the members observed a minute's silence.

For the amuse bouche, the Löwen team served a beef tartare with a well-seasoned truffle cream, followed by a duet of poached wild-caught whitefish processed into tartare on a summery green bed of pea puree.

For the next course, a Vaduz Riesling soup was served, which was tastefully accompanied by a grape baked in batter.

Time went by in a flash due to the lively table discussions. Suddenly it was the time for the main course of a slice of pink-cooked saddle of veal, white and green asparagus spears with a light hollandaise sauce and small Rheintaler potatoes seared in butter. It was sublime!

A summer dessert variation surprised with a successful composition of quark panna cotta, quark cream and a blood orange sorbet, artfully arranged on a cassis mirror garnished with homemade marshmallows made from cassis.

At the end of service the menu was reviewed by the Conseiller Gastronomique Markus Kolzoff, whose praise and appreciation for the gastronomic performance of the kitchen and service brigades was confirmed by the Bailli Délégué to the loud applause from the members and guests.

The “pre-Solstice” event was not only a treat for the palate but also a feast for the eyes for everyone present. It was a successful start to the upcoming Chaine events and the summer season.