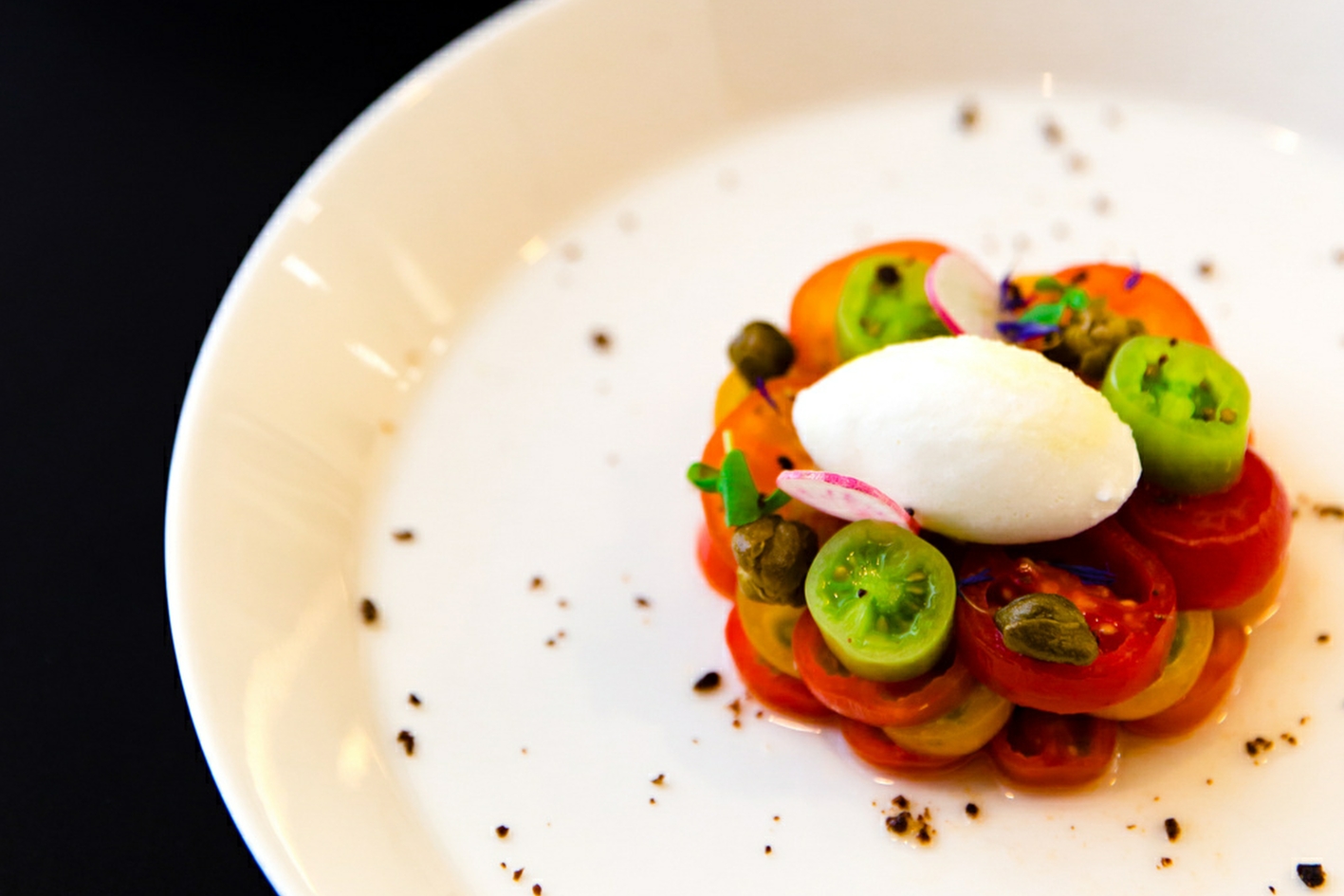 The Bailliage’s fourth event of the year was held on Friday, September 24th at the Pralina Experience in Nicosia.

The restaurant is part of the Zorbas group of companies, and with branches in Limassol and Nicosia is an expansion into catering by the Pralina Confectioneries brand. The finest ingredients, top chefs, perfect service and ultimate aesthetics are just a few of the Pralina Confectioneries' distinctive characteristics. These values and principles have been applied to the restaurant operations.

Pralina’s Executive Chef, Elias Aristotelous, and his team prepared a wonderful menu. Matching the wines with the food was down to Vasos Manoli, Head Sommelier of Pralina Experience. An Officier Maître Sommelier in the Chaîne, Vasos won the Best Sommelier of Cyprus accolade in 2009.

Guest of honour for the evening was Bertie Corgié, Export Director of the prestigious house of Jean-Pierre-Moueix. He presented the two great Moueix wines which featured on the menu.

Internationally renowned, “Établissements Jean-Pierre Moueix” has become a hallmark for the top wines of Bordeaux. The company is the largest wine merchant on the Right Bank, distributing fine wines from Bordeaux and California worldwide.

In 1950 Jean-Pierre-Moueix began augmenting his merchant business with the acquisition of several well-known vineyards. Over the next four decades, he continued to successfully develop the business. The highlight of his career was the acquisition of Château Petrus. He entrusted its care to his son Christian for 38 vintages. Jean-François Moueix, his elder son, inherited the property and in 2009 took over the management.

Jean-Pierre Moueix passed away in 2003 at the age of 90, remembered as a man of great culture, generosity, and wisdom.

It was an outstanding evening of gastronomy and camaraderie. Bertie Corgié’s insight into the history and wines of Établissements Jean-Pierre Moueix was greatly appreciated by the members and their guests.