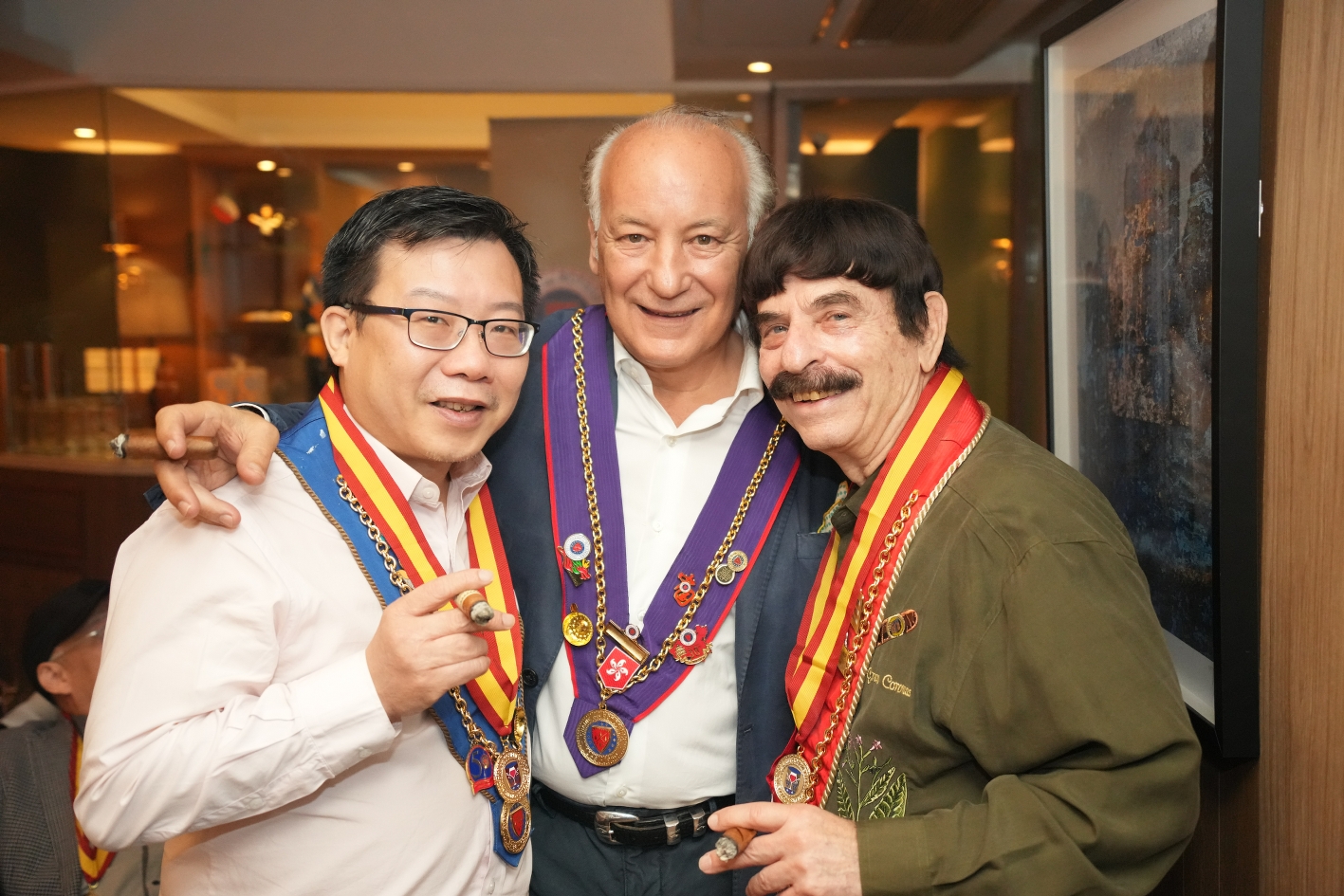 Champagne, Whisky, Cigars galore
" Truly, an entertaining and enlightening experience with 'dosage' added to the camaraderie! "

“Too much of anything is bad, but too much good whiskey is barely enough.” Mark Twain

With Honduran Flor de Selva Robusto cigars, we settled into comfy leather seats in Bertie’s Cigar Lounge (nominated in 2021 as one of the Top 5 Best Cigar Lounges in the world by Cigar Journal). Master cigar expert Confrère Eric Piras explained that Flor de Selva was a brand created in 1995 by Maya Selva.

Bailli Délégué Steven Kahn opened the first bottle of champagne, a Billecart-Salmon Brut Réserve NV, in style with a sword. Sommelier Florian Beaubouchez from Liber Wines, who is a certified Whisky Ambassador, performed the sabrage on the second bottle.

Florian guided our tastings of Billecart-Salmon Brut Réserve NV. Although labelled “NV” it’s aged in cellars for 36 months before release. Billecart-Salmon Special Cuvée Brut ‘Sous Bois’ is vinified entirely in oak and followed by aging on lees for six to seven years. It renewed ancestral spirits and the savoir-faire of the original champagnes, with a combination of freshness, richness, and complexity.

Florian introduced us to Michel Couvreur’s Whisky, described as a French whisky for wine drinkers. The distillate comes from Scotland and is then matured in Burgundy in sherry casks leading to distinctive intensity and sherry oak notes. Each bottle is hand-corked, hand-waxed and hand-labelled.

We entered the magical universe of Couvreur’s whiskies with Couvreur’s “Clearach”. Rich almond scents specific to barley, followed by overaged Malt Whisky, we were staggered to learn it was a blend of 54 single malts ranging from 12-27 years in age.

Certificates of appreciation were presented to Eric Piras and Florian Beaubouchez in recognition for their support and sponsorship thus making the event a great success.

Truly, an entertaining and enlightening experience with 'dosage' added to the camaraderie!