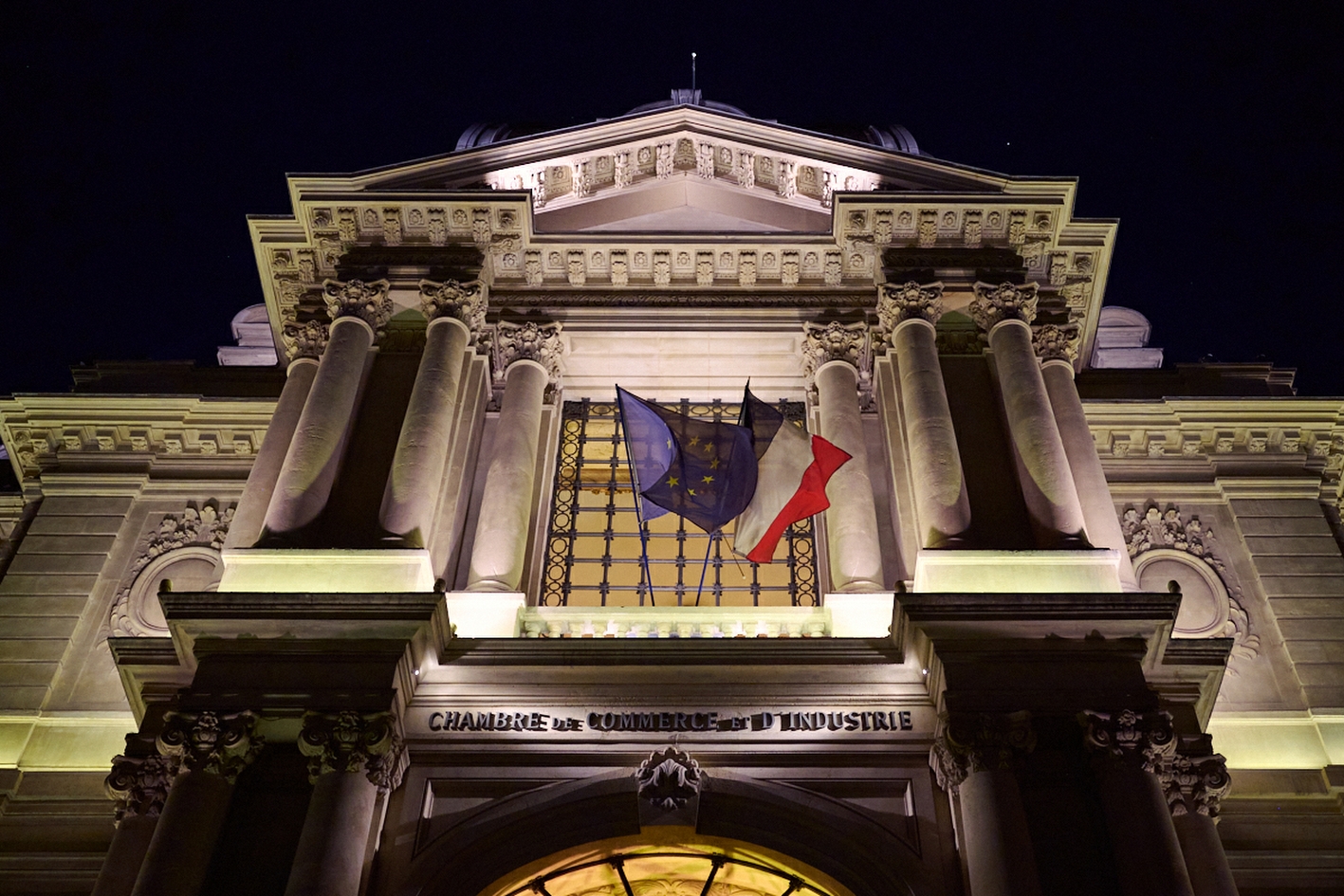 We were really happy and equally impatient to welcome everyone to Paris on the occasion of the Chaîne’s International Grand Chapitre & AGM 2022. The interest in the varied programme of events was such that all were fully booked.

Host hotel was the Shangri-La - a princely residence in the legendary “City of light”. Its elegant façade brought to mind its legacy as the former home of Napoleon Bonaparte’s grand-nephew.

Thursday, June 9th
The first event of the programme was held at the famous Moulin Rouge. Since it first opened in 1889, the Moulin Rouge has always been a highlight of Parisian nightlife with its world-famous wild French Cancan! Members and their guests were treated to a show full of colour where the acrobatic performances competed with the legendary grace of the dancers. Surprise and astonishment were guaranteed!

Friday, June 10th
In the morning, the annual meeting of the Chaîne’s Conseil Magistral took place in the Salon Bonaparte at the Shangri-La. Members of the Conseil (active or Honoraire) gathered to deliberate on a range of matters. Other Baillis Délégués were invited to attend as observers. Baillis Délégués and Échansons were then able to attend a meeting of the Ordre Mondial des Gourmets Dégustateurs (OMGD).

For those not involved in the meetings “visit plus lunch” tours were arranged. The choice was between two Parisian institutions:

Option 1
Visit to the Nissim de Camondo Museum to discover the French art of living in the 19th century and the history of an emblematic family who bequeathed a jewel to the state in the heart of the 8th district near the very chic Parc Monceau. The museum houses an exceptional collection of 18th century French furniture and works of art in a mansion preserved in the state in which it was inhabited.

To eat, the Restaurant le Camondo within the eponymous museum offered a generous and refined cuisine.

Option 2
The Hôtel de la Marine, where great military decisions were signed, was magnificently renovated in 2021. Hidden behind a discreet entrance on the place de la Concorde, a stone's throw from the Hôtel de Crillon, the Hôtel de la Marine is a jewel of French heritage. But why this name and what is its history? It was built in the 18th century to house the Crown's furniture store, the forerunner of the Mobilier National. During the Revolution, its function changed when Louis XVI had to leave Versailles to move to the Tuileries with his government. The Secretary of State for the Navy then moved into the palace of the Garde-Meuble, giving it the name that would never leave it: the Hôtel de la Marine.

The lunch was at Les Résidents, a restaurant that opens its kitchen to young and talented Chefs in the trendy 17th district.

In the evening we took a Seine river cruise courtesy of “Ducasse sur Seine” unveiling, for the 100 who were lucky to secure a place aboard, the Paris that I love so much - one that is full of history yet so modern. An exceptional cruise, in a little more than two hours we passed the Eiffel Tower, the place de la Concorde, the Louvre, the Jardin des Plantes, the Hôtel de Ville, Notre Dame, and the Musée d'Orsay.

Whilst seeing the sights, on the table came a unique voyage through contemporary French cuisine, one that exalted the authenticity of its produce and celebrated the chefs’ inexhaustible and demanding source of inspiration, Mother Nature.

Saturday, June 11th
The Salon Bonaparte was again the venue for a key meeting. This time it was the International Annual General Assembly.

After the meeting, many headed to quai Branly to enjoy “lunch with a view”. The Restaurant Les Ombres, perched on a rooftop terrace next to the Eiffel Tower, offered a contemporary cuisine reinterpreting the great French classics. All the while the diners could enjoy one of the most beautiful views of Paris.

And so we went to the Hôtel Potocki in the evening for the Induction Ceremony and Gala Dinner. A stone’s throw from the Arc de Triomphe, the rarely accessible 19th century mansion that is the Hôtel Potocki opened its monumental door for a memorable gala evening.

President Yam Atallah presided over the Induction Ceremony, notable for the presentation of several red ribbons to new members of the Conseils. [Ed. see separate article for the details] The President was supported by International Vice-President Marie Jones and Grand Argentier Benoît Fragnière.

Heading the kitchen brigade for the Gala Dinner was Chef Thomas Graham. An Englishman who grew up in California, at the age of 17 he came to Paris to attend culinary school at Le Cordon Bleu. Now barely 30 years old and one of the great hopes of French cuisine, Thomas has been the Chef of Restaurant Le Mermoz for two years.

This year’s International Grand Chapitre & AGM programme was full of high notes. It was clearly good for the members and their guests to be able to participate in this annual event in complete freedom from the restrictions which have been endured. 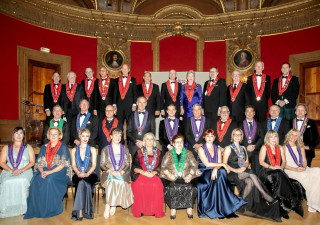