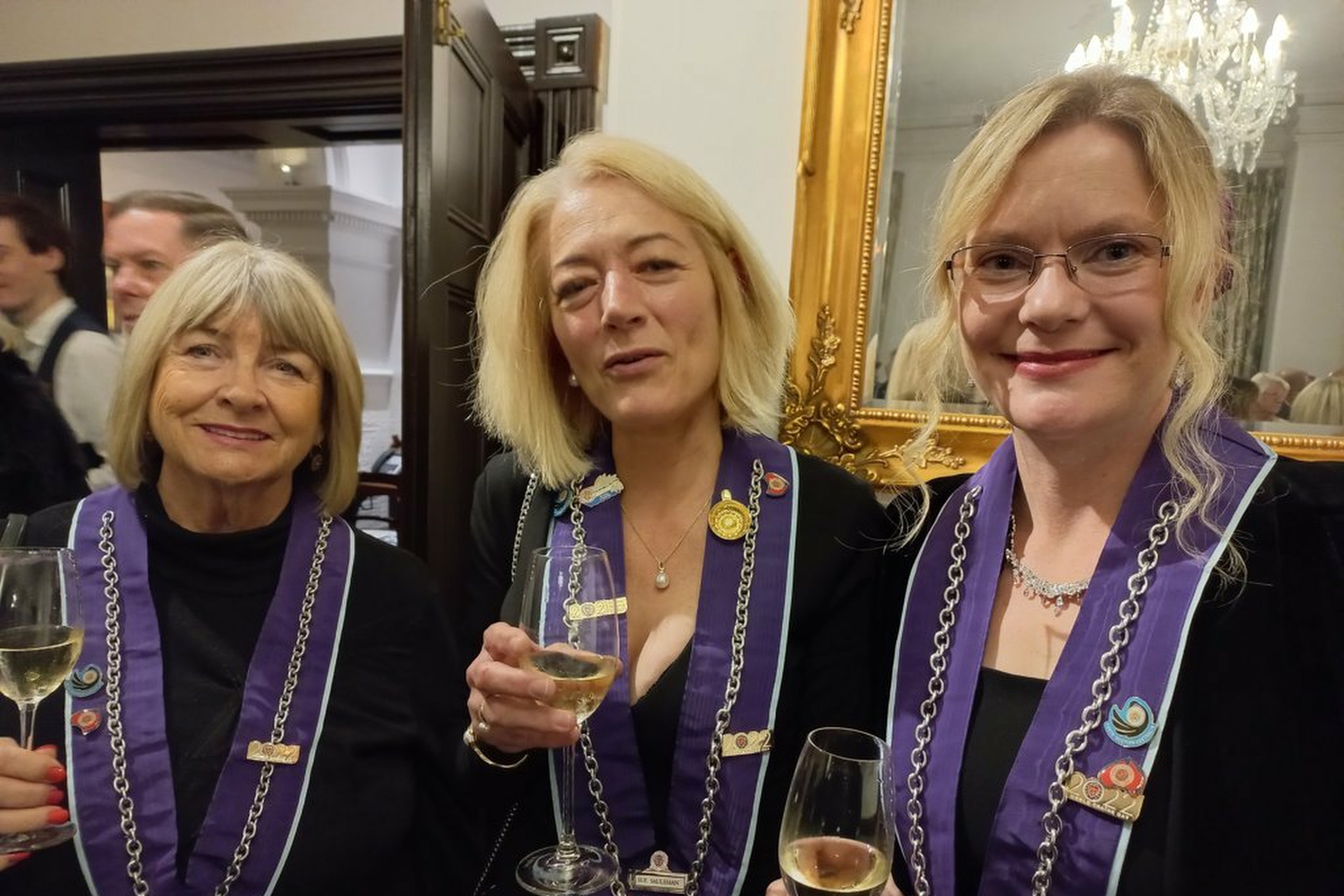 After the welcoming speech by Bailli Thurston Saulsman, Chef Clayton Green was introduced to explain his culinary creations for the evening. Of special mention is that Chef Clayton was assisted by Chelsea Swain who represented our Bailliage recently in the National Final of the Jeunes Chefs Rôtisseurs Competition in Brisbane.

We were very fortunate that our member and representative of The Weld Club, Hugh Stowell, introduced the wines selected for this dinner. What a privilege to be treated to a range of rare French wines from the Weld Club’s wine cellar.

Hugh explained with the theme of the evening being a New World French-style dinner, based on local produce, Old World Burgundy wine were the perfect match. This presented a real challenge to those who had offered to be the designated driver that evening!

Before closing the evening, Bailli Thurston Saulsman assembled both the kitchen brigade and service staff to express our sincere appreciation for their excellent job.

Finally, Hugh Stowell received high praise and thanks for providing The Weld Club’s facilities. The club is a member of the “Distinguished Clubs of The World” organization which has only 25 establishments recognised worldwide.