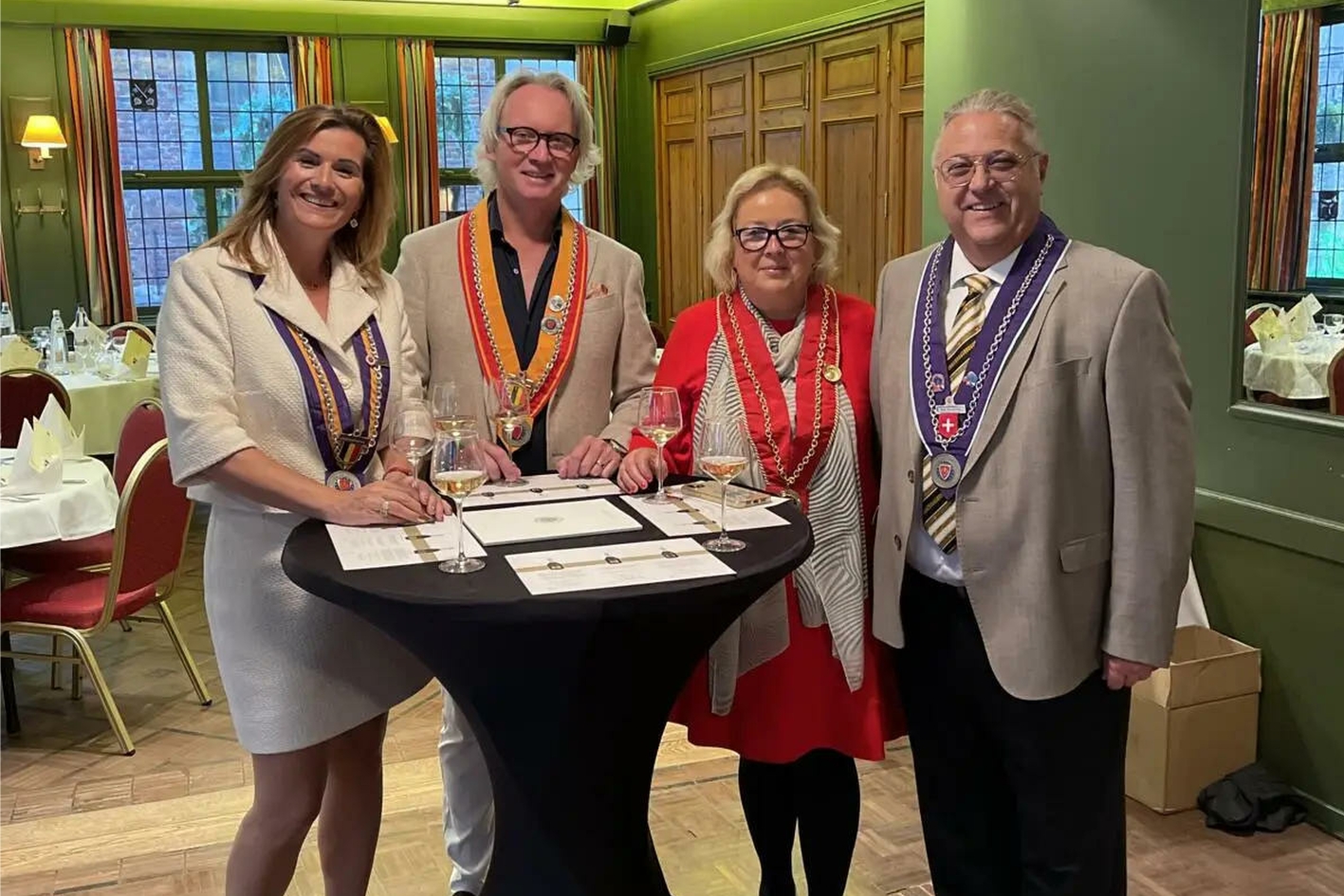 On the last Thursday in September we had the first in a line of many upcoming dinners for the members in Belgium.

The idea came from Chevalier Beat Kocherhans. He has joined us after a long Chaîne membership in Switzerland. He is focused on a clear mission to support and help with all events in Belgium.

As Bailli Délégué I can only applaud and embrace such initiatives coming from members with a classy attitude, organisational talent and respect for the Chaîne

The chosen place to start was one of Brussels' oldest Brasseries “Aux Armes de Bruxelles” where Maître Rôtisseur Cédric Callenaere heads up the kitchen.

We wish them supreme happiness. In Chaîne camaraderie “it is only a reunion”. We suspect many Bailliage members will be visiting the Hotel Martinez in Cannes where Michel is continuing his wonderful hotelier career.