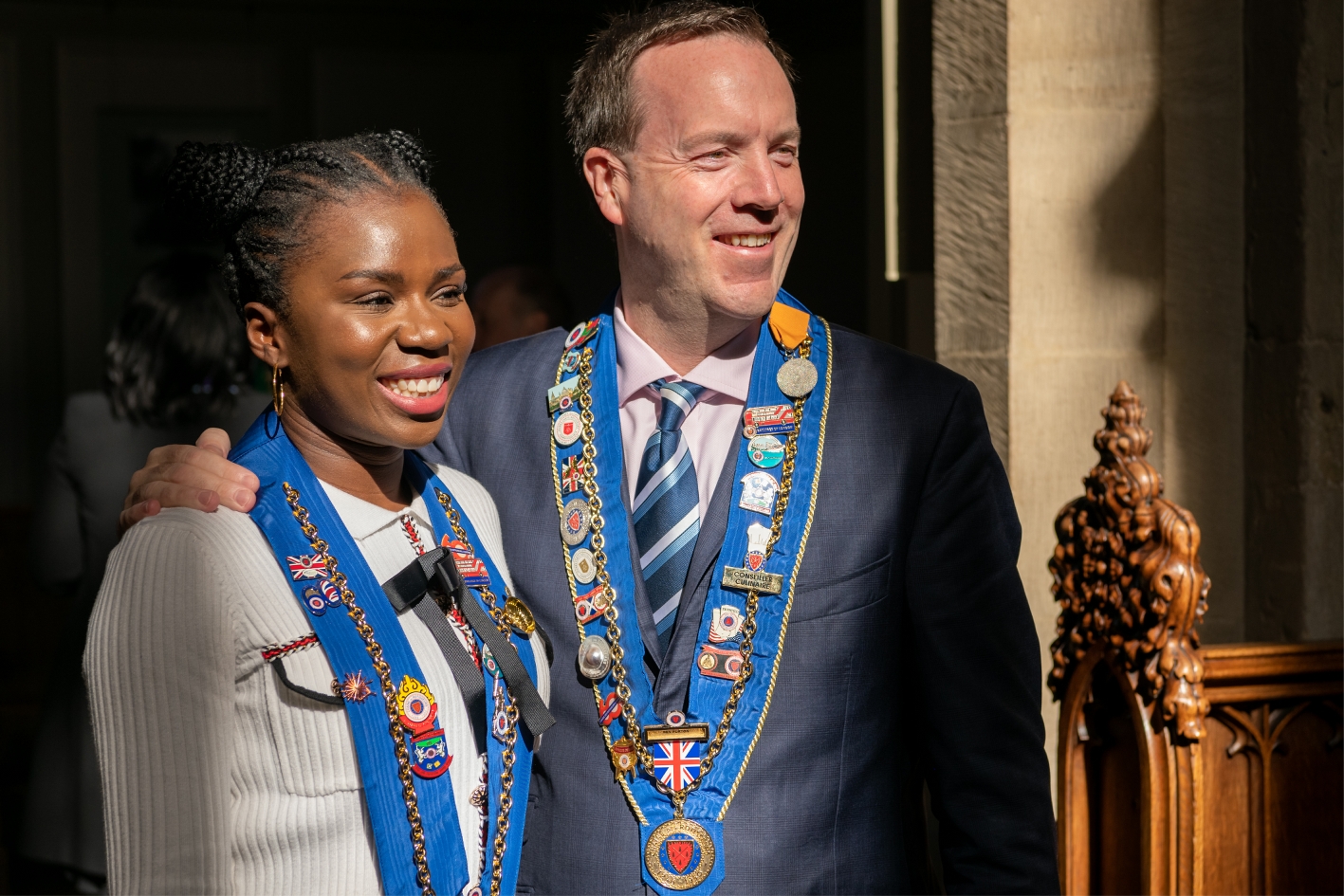 Our 62nd Grand Chapitre was a wonderful return to again meeting with friends from both all over the country and the world.

Thursday evening’s dinner started with drinks in the Italian Courtyard of the Old Bank Hotel before moving into the Gallery and Red Room for dinner. The evening was packed with members enjoying the best of camaraderie. Chef Rohan Kashid prepared a classic British start to the weekend with a goat cheese and beet salad followed by a generous sirloin steak and sticky toffee pudding.

A full complement of members set off early the next morning to Blenheim Palace for a tour and lunch in the Marlborough Room. Dodging the rain between various parts of the estate was a challenge. The feedback was definite. The Duke of Marlborough, lucky man, certainly built a stunning palace!

Others went on a walking tour of the city centre. Highlights included the Radcliffe Camera, Bodleian Library and a wander through New College in the steps of Harry Potter.

Time then for the Welcome Dinner in St John’s College. Again, the rain contrived to put a damper on the planned reception in the Front Quad. Instead, we wended our way to the shelter of a marquee in the Thomas White Quad. Then back to the candlelit dining hall which was at full capacity. Members were served a dinner that the students could only dream of. This was a particular pleasure after the lean years of COVID-19 impacted events. Chaîne GB members were able to welcome 70 members from 17 countries to their Grand Chapitre.

On a beautiful sunny Saturday morning two groups visited Stratford-upon- Avon for either a leisurely boat trip on the river or behind the stage tour of the Royal Shakespeare Theatre plus guided tours of the town under the guidance of Blue Badge Guide Helen Smith. Lunch in the theatre’s Rooftop Restaurant was concluded by an impromptu santé by Penny Lamb.

Also taking place on Saturday was our Induction Ceremony in the magnificent University College Church built in 1280. Proceedings were swift and under the baton, or should we say sword, of our Inducting Officer Norbert Simon, Member of the Conseils d’Administration and Magistral who had travelled from his native Austria. Newly inducted or promoted members joined family and friends in a celebratory reception. Certainly, a memorable location for all our inductees. A view, which is considered the best of the city centre, awaited those who ventured up the 127 steps of the tower!

Gala Dinners are all special but this year’s was more so in that it was held in Keble College, first of the new Colleges in Oxford when it was built in the late 19th century. Built in the towering Victorian Neo Gothic style, the dining hall was built just a little longer than that at Christchurch so that it is the biggest in the University, seating some 300 people.

After such a glorious evening with so many friends it somehow felt a let-down to go home the next morning. However, we were blessed with a beautiful sunny morning once more and a goodly crowd turned up for lunch and squeezed into the Cherwell Boat House.

Final adieus were made mid-afternoon with members promising to meet again next year in Birmingham.