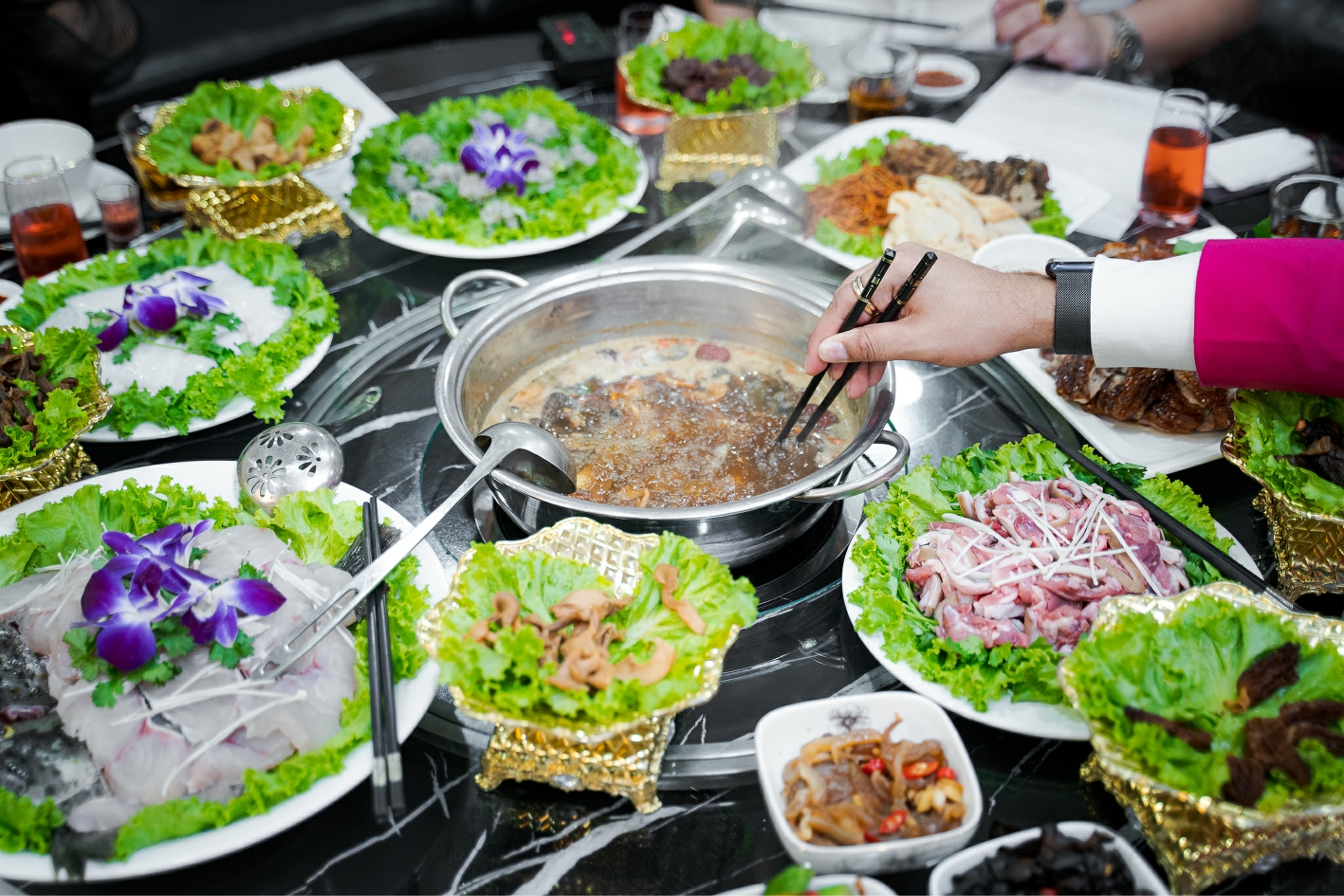 Twenty very lucky guests enjoyed the event which featured 10 mushroom varieties foraged from China's Yunnan Province as well as delicacies from the most southwestern province in China.

The diverse environment of the province is beneficial to the growth of a variety of plants and animals. Yunnan is known as the “fungus kingdom”, “plant kingdom” and “animal kingdom”. It is one of the regions with the most abundant edible wild mushroom varieties in China - there are more than 250 kinds!

Accompaniments in order of service

An in-depth accolade describing each of the main dishes in minute detail was given by Bailli Délégué Raj Taneja.

The Bailliage is now looking forward to the next event being a sumptuous Alba white truffle dinner at Cugini, again in Hanoi, on November 19th.

Members, honoured guests and friends who care deeply about advancing food, beverage and hospitality in Vietnam are sure to be there for what promises to be an exclusive dinner featuring the highly coveted gastronomic delights with their unforgettable flavour.