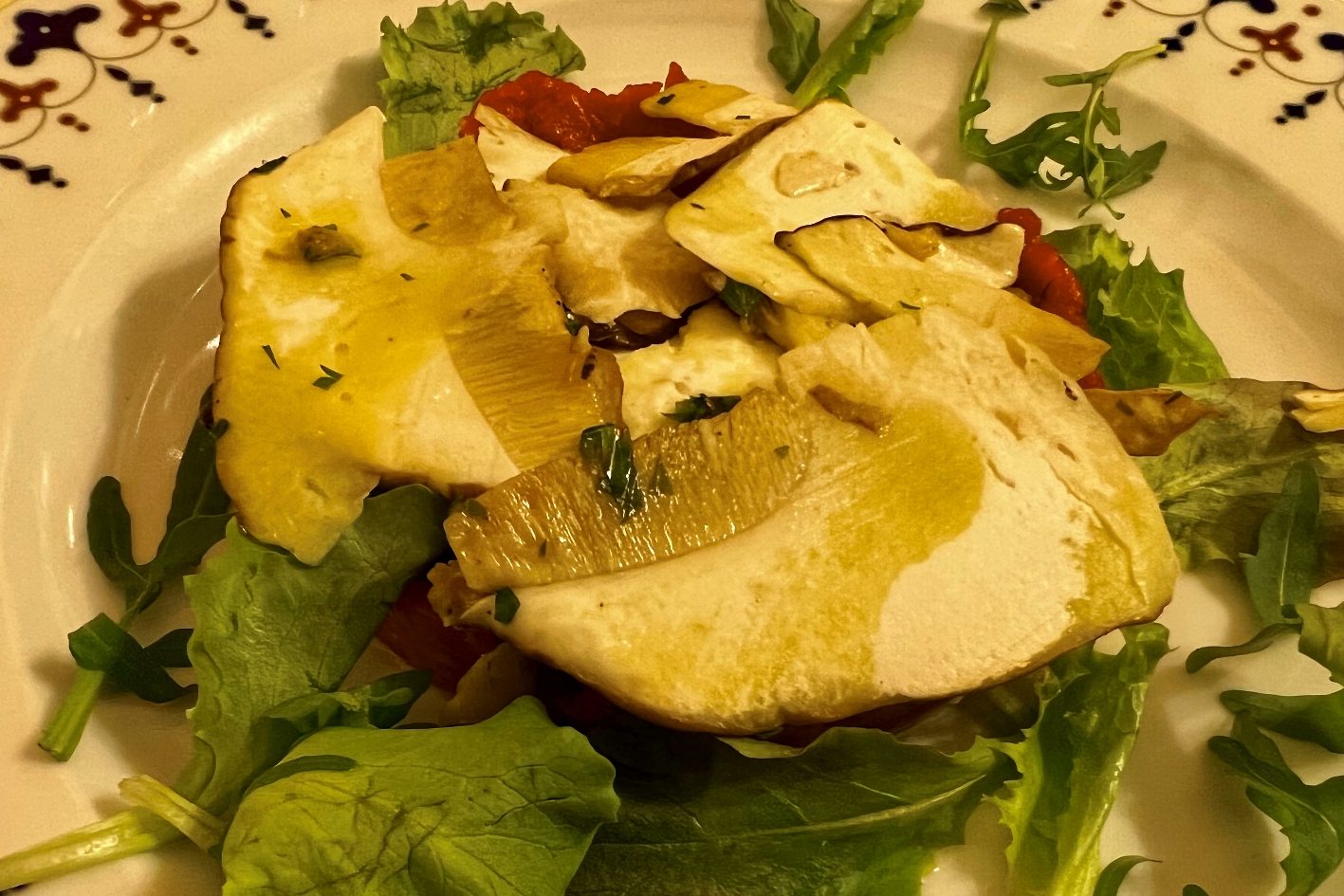 L'Aurore: a Monaco institution
" an evening that was as convivial as it was delicious! "

On Friday, November 4th Bailli Délégué Gérard Canarie welcomed a 100 or so guests in the classic setting of L’Aurore*, a Monaco institution!

The atmosphere was friendly. The dinner was mushroom-themed, particularly showcasing porcini in all its forms, from thinly sliced to pan-fried, by way of beignets and much more besides!

Seabream fillet
with porcinis and garden vegetables
from Bajardo (in Italy)

Gorgonzola by the spoon

Guests included Dominique Naboulet, Bailli Provincial of Nouvelle-Aquitaine in France, who had come with his wife to enjoy an evening that was as convivial as it was delicious!

* Editor’s note: “L’Aurore” is a restaurant located between the Place de la Visitation and the Place de la Mairie, just a few minutes away from the Prince’s Palace and the Chemin des Pêcheurs carpark. It specialises in Italian cuisine, with homemade pasta and desserts, but the restaurant also serves traditional Monaco specialities, making a trip to Monaco even more typical.

** Editor’s note: Barbajuan has become a classic in Monaco’s cuisine. Barbajuan is a rectangular parcel filled with chard and rice, among other things. The parcels are fried until they turn golden brown. The story goes that someone called John had run out of sauce for his ravioli, so had to fry his pasta parcels instead of cooking them. The popularity of this new creation grew, and it became known as “Barbajuan” (barba: uncle, Juan: John): a nod, in name, to its famous culinary creator.