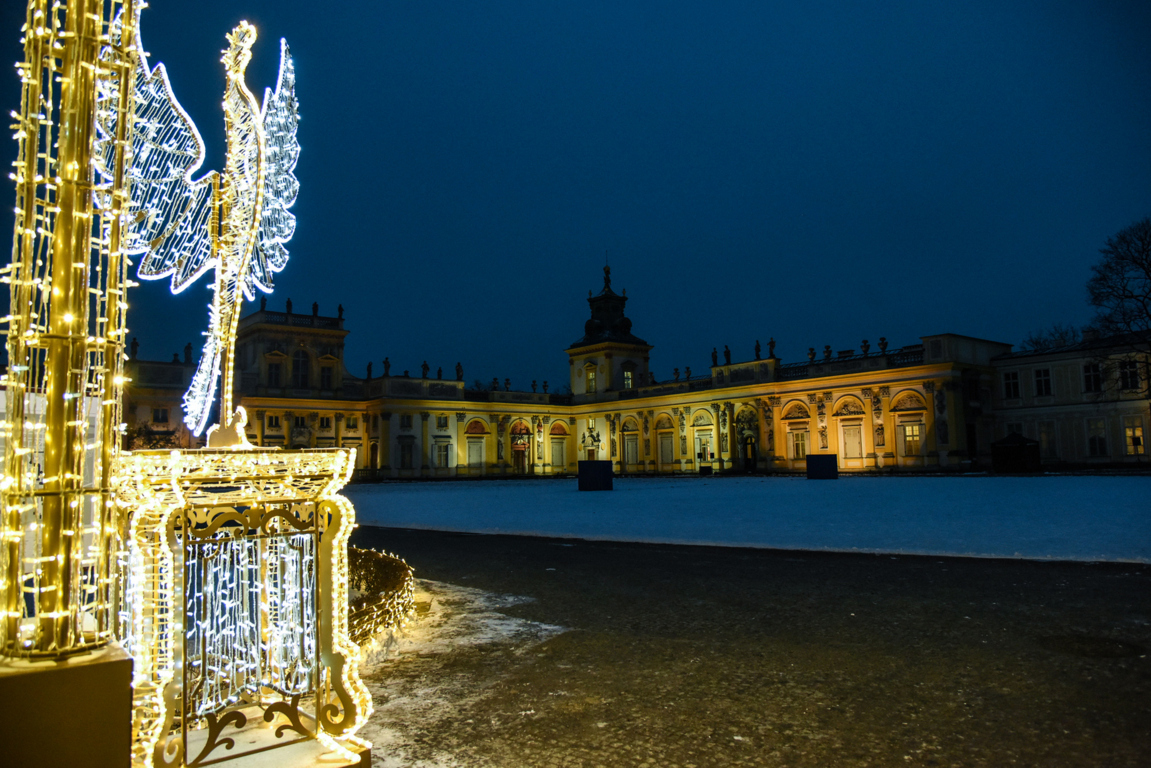 Royal dinner crowns royal ceremony
" Poland is back on the Chaîne map! "

Poland is back on the Chaîne map! At a Chapitre held on a snowy winter’s night in February the Bailliage was revived with a new Bailli Délégué, a National Council and 47 members inducted.

Wilanów Palace was chosen as the venue for the ceremony to relaunch the Bailliage. The palace is the historic residence of King Jan III Sobieski, the great Polish hero who defeated the Muslim Turks on September 12, 1683, during the second siege of Vienna. At the time he was king of one of the largest nations in Europe called the Polish-Lithuanian Commonwealth.

At the ceremony in the Palace’s White Hall Philippe Gassmann, Head of the Regional Economic Department for Central Europe and Baltic States at the French Embassy in Warsaw, was formally inducted as Bailli Délégué.

The Induction Ceremony was presided over by Ivan Novak, Member of the Conseil Magistral from Hungary. He used a replica 1934 Polish Cavalry sabre which added even more spectacle to an already spectacular occasion.

The gala dinner, in the historic palace’s Villa Intrata, lasted long into the night. Some of the dishes were the re-interpretation of Polish 17th century cuisine served at the very same place over 300 years ago.

The eight-course menu was created by three extraordinary chefs: Andrea Camastra (Michelin-starred Senses Restaurant, ambassador of “note-by-note cuisine” by Hervé This), Maciej Nowicki (Court Chef of Jan III Sobieski's Wilanów Palace, scientist and well-known re-constructor of historical dishes) and Iwona Niemczewska (ex-lawyer who discovered her real vocation, became a restaurant owner, finally a chef, and an acclaimed one at that).

Among the menu's highlights were an ‘ultrasonic’ truffle omelette by Andrea Camastra, sturgeon in saffron vegetable broth with parsnip puree by Maciej Nowicki, and a local freshwater fish appetizer by Iwona Niemczewska. Wine and champagne pairings were based on Bruno Paillard Champagnes, Jose Pariente whites and Emilio Moro reds.

The Bailliage of Poland is already in action with its internet site’s launch imminent. On April 21st in a forest near Warsaw an outdoor culinary event to welcome spring is planned.

What a right royal start to welcome our Bailliage back onto the Chaîne map!