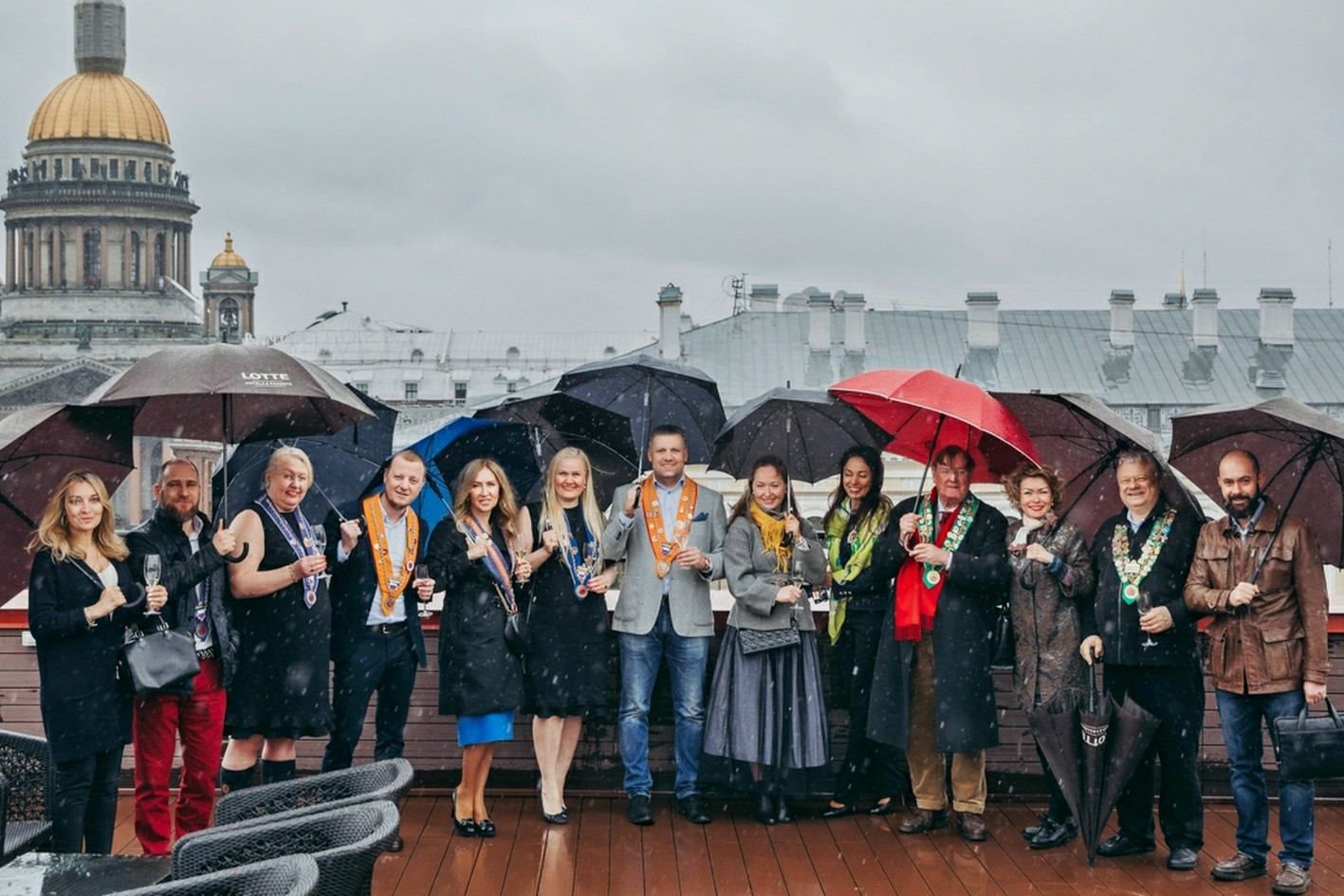 " I wished them an active, fantastic membership of the Chaîne in the future in the Bailliage of Russia! "

On Saturday 21st at midday we began our World Chaîne Day celebrations. It was a stormy day weather-wise however we were well prepared with raincoats and umbrellas!

Chaîne members and their friends met in the recently opened Hotel “Lotte” situated opposite St. Isaac Cathedral near to the Parliament building which is called the Duma. The lift took us up to the fifth floor where we enjoyed fantastic moments together looking at the whole cityscape from the beautiful terrace whilst toasting World Chaîne Day. Afterwards we celebrated in the special, unique, beautifully-furnished “Club Room” with a delicious lunch.

On Sunday 22nd we met at SWISSAM, the first Hospitality and Culinary School in Russia, which opened five years ago. The school is a Professional member establishment in the Bailliage of St Petersburg. It has been the venue for the national final of the Jeunes Chefs Rôtisseurs Competition.

In the spirit of World Chaîne Day, ten children aged up to ten took part in a cooking competition in SWISSAM’s beautiful kitchen. First was a cooking lesson by Maître Rôtisseurs Andry Vlasov and Maxim Shalavin. Then they made ‘pelmenie’ which is a delicious Russian dish. It was fantastic watching how they did it. At the end there was an official prize giving ceremony at which all participants received a certificate as well as a present.

A buffet and drinks followed. It was the first time to our knowledge that children of Chaîne members had participated in a Chaîne cooking event. In my toast, naturally I wished them an active, fantastic membership of the Chaîne in the future in the Bailliage of Russia! 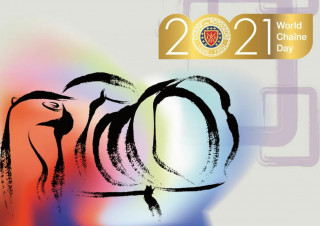 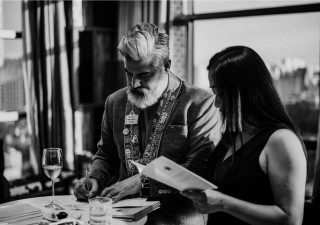 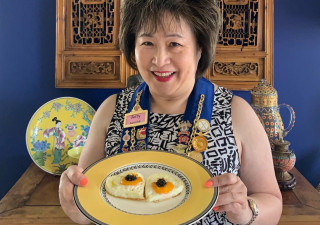