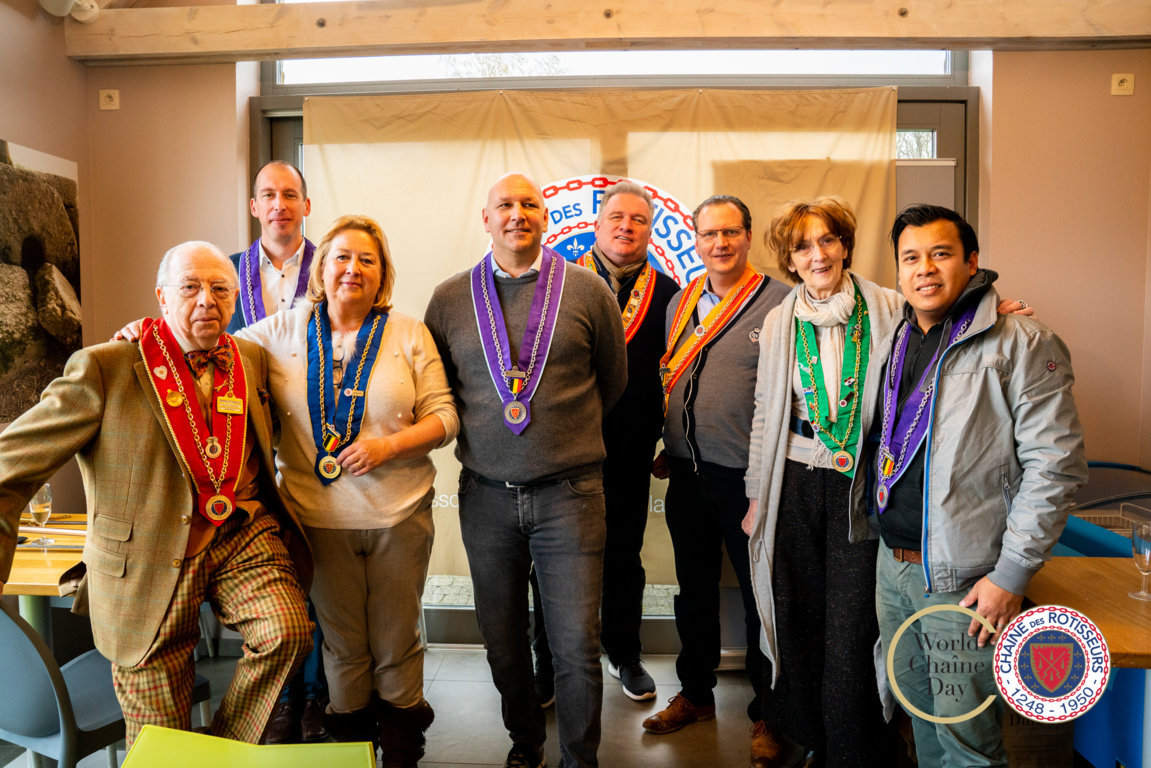 Celebration in the 'smallest city in the world'

Durbuy is a Walloon city and municipality located in the Belgian province of Luxembourg. It is often presented and promoted as 'the smallest city of the world', although it is commonly held that the smallest city in the world is Hum, in Croatia, with about 30 inhabitants.

The “smallest city in the world" for Durbuy arises from the charter of franchises granted by King John of Bohemia, Count of Luxembourg, which in 1331 gave the status of city to the settlement on the banks of the River Ourthe. The old town of Durbuy proper has about 400 inhabitants today.

Not only from a novelty point of view but also from the local interest and gastronomy in Durbuy, where better to do something special for our Bailliage’s celebration of World Chaîne Day!

The programme for the gastronomic tour included:
- Herbal tea and “elixir of life”
- Encounter with the Menhirs of Oppagne (see below)
- Learning about local products in the Menhir Museum in Wéris
- Lunch at La Maison d'Hary' Cot, Wéris
- Afternoon tour of Durbuy with sampling local gastronomic products

The Menhirs of Oppagne are three menhirs (from Brittonic languages: maen or men, "stone" and hir or hîr, "long”) are large man-made upright stones dating from the European middle Bronze Age. The menhirs are in the middle of the field under a tree. Ribbons are hung in the tree, like a fever tree.