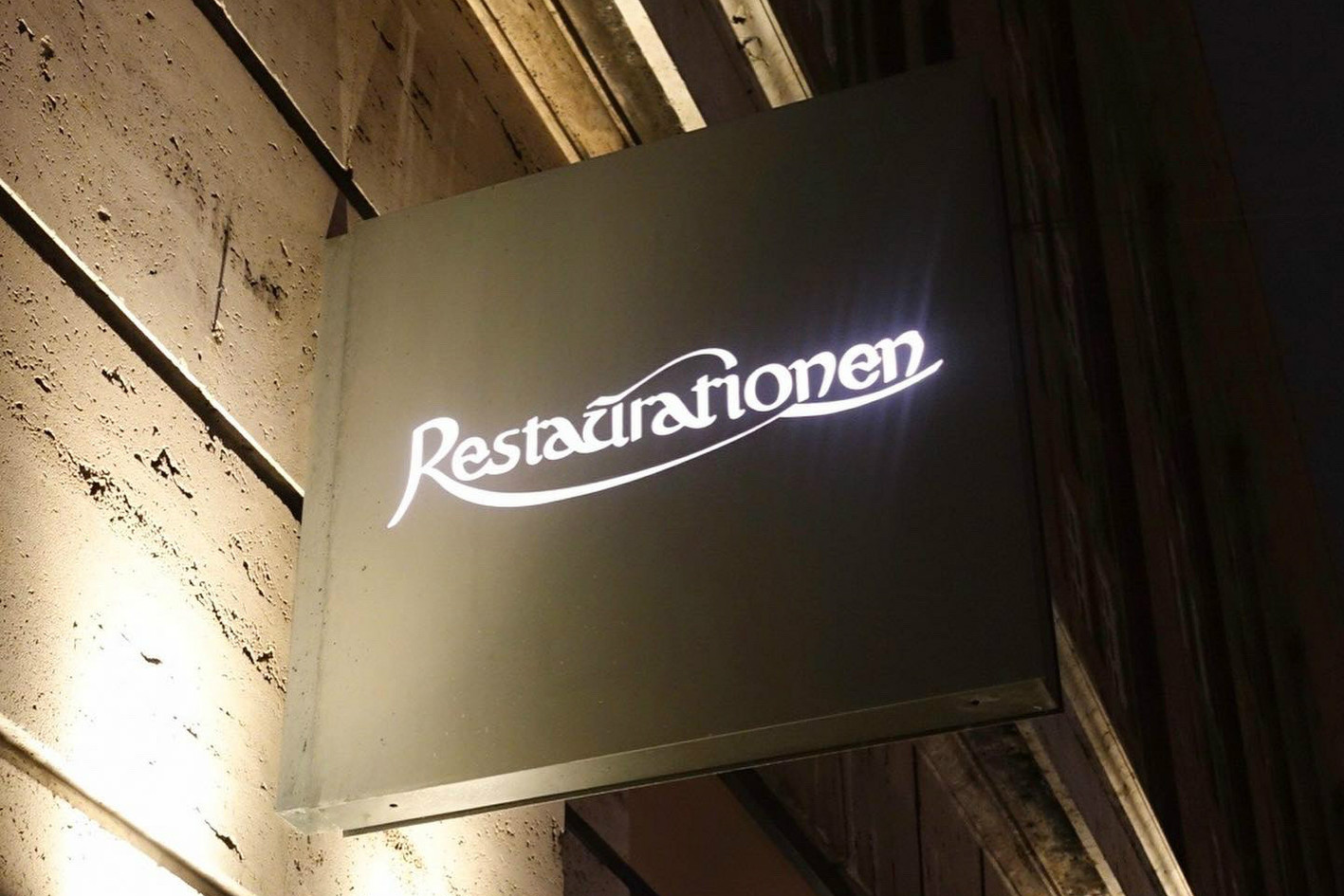 The Bailliage held its Christmas event at “Restaurationen” (lit. “The Restaurant”), a restaurant founded in 1991 and still driven by husband and wife team, Bo and Lisbeth Jacobsen. From its beginnings nearly 30 years ago it was the most pioneering restaurant of the decade in the gourmet genre and was the first place in Denmark to introduce the concept of a “wine menu”.

Bo was trained by another famous Danish chef, Roy Hurtigkarl, at the restaurant Gastronomique back in the 80’s. He is a well-known TV Chef and in 2008 he received the “Champagne Award” - a prize presented by the Champagne houses of Deutz, de Venoge, Pommery and Pol Roger - as the greatest chef of the year. Lisbeth is a pastry chef and this year, as a result of her high level of craftsmanship and her eternal pursuit of the best, she was elected Denmark’s “Chef of Chefs”, the first female Chef to receive the accolade.

Lisbeth and Bo have produced several cookbooks together. Bo is known for his uncompromising attitude towards food. He dislikes bad craftsmanship. Accordingly we knew that we were in for an exceptional experience!

Before the dessert Bailli Délégué Jørgen Krenk took the floor. He said that although it is not a tradition at our Chaîne events to make speeches, exceptionally he was giving the floor to Chancelier Thorbjørn Moy.

Thorbjørn explained why Bo and Lisbeth had both been elected “Chef of Chefs” during their careers. It was because they had mastered the original craftsmanship without any “fancy” tools such as sous-vide, Thermomix or Pacojet. At the end of the speech both Lisbeth and Bo were awarded the Bailliage of Denmark Medal of Merit for their lifetime achievement contributing to Danish gastronomy. Only two others have been awarded this medal, and one was Erwin Lauterbach, for whom Bo had worked at the beginning of his career.

After the dessert we had the traditional line up of the kitchen and service staff. Thorbjørn Moy gave his appreciation for the food, commenting that the pancake first course was a fantastic example of their work. Also, the duck breast was incredible, since the ducks were cooked whole and the duck breast was then carved. The dessert created by Lisbeth was also a fantastic work.

Thorbjørn also praised the service staff and, as he said, when you can keep your service staff happy, you get satisfied guests and that might be the reason, together with the craftsmanship in the kitchen that the Jacobsens have been able to stay in business for almost 30 years. To applause from the entire party, Bailli Délégué Jørgen Krenk awarded the Bailliage of Denmark pin to the staff for first class service at a Chaîne event.

We were then served coffee and tea. Some chose to take a digestif, but the wine was still served very generously. The beverages were accompanied by a whole plate of petits fours – of course all handmade and each of them was extremely delicious.

Once again, our sponsor Ken Storkøkken had an exciting present for us all when we left.