" Redfish with fennel and curry was the fish course "

Bailliage Members, visiting Chaîne members and guests were welcomed at the Michelin starred restaurant by the owner Nuno Diogo.

Despite dull, unseasonable weather the stunning views of rolling countryside and distant mountains could still be appreciated.

This lunch provided the opportunity to sample the culinary philosophy and skills of the newly appointed young Portuguese chef José Lopes who is a rising star of a new generation of chefs.

We enjoyed a colourful dish of cucumber gazpacho with squid and spider crab as an amuse bouche, followed by prawns, and Chef José’s interpretation of the traditional Portuguese caldo verde.

Redfish with fennel and curry was the fish course followed by another of Chef José’s twists on a traditional Portuguese dish of black pork and clams - pork à Alentejana - as the meat course.

A refreshing tangy citrus desert rounded off the meal.

The dishes were complemented by wines which had been selected by Nuno from his extensive wine cellar.

Commencing with a white from the Minho area, Hundos Antigos Alvareinho and followed by a Tejo wine from the wine estate Quinta Lapa which has been producing wines for over 300 years.

The third white wine, the oldest white, was produced in 2011 at Quinta dos Currais in the Beiras region. A red Douro, Quinta do Frifo Grande Reserva 2015 followed. The final wine, which complemented the citrus tastes of the desert, was Lagoalva Espirito Unico late harvest.

At the end of the lunch Chef José Lopes, his brigade and host Nuno Diogo were thanked by Chargé de Missions Dr Jean Ferran (who currently acts as Bailli of Algarve) for providing the group with such an inspirational event. 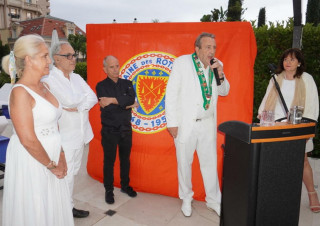 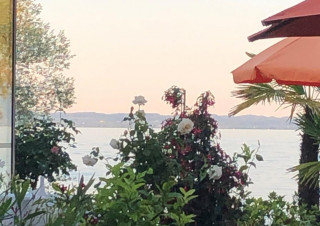 Sensations of the Italian Riviera 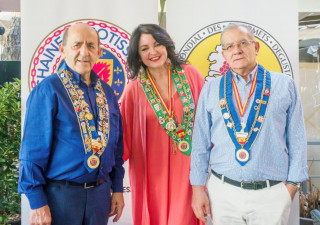