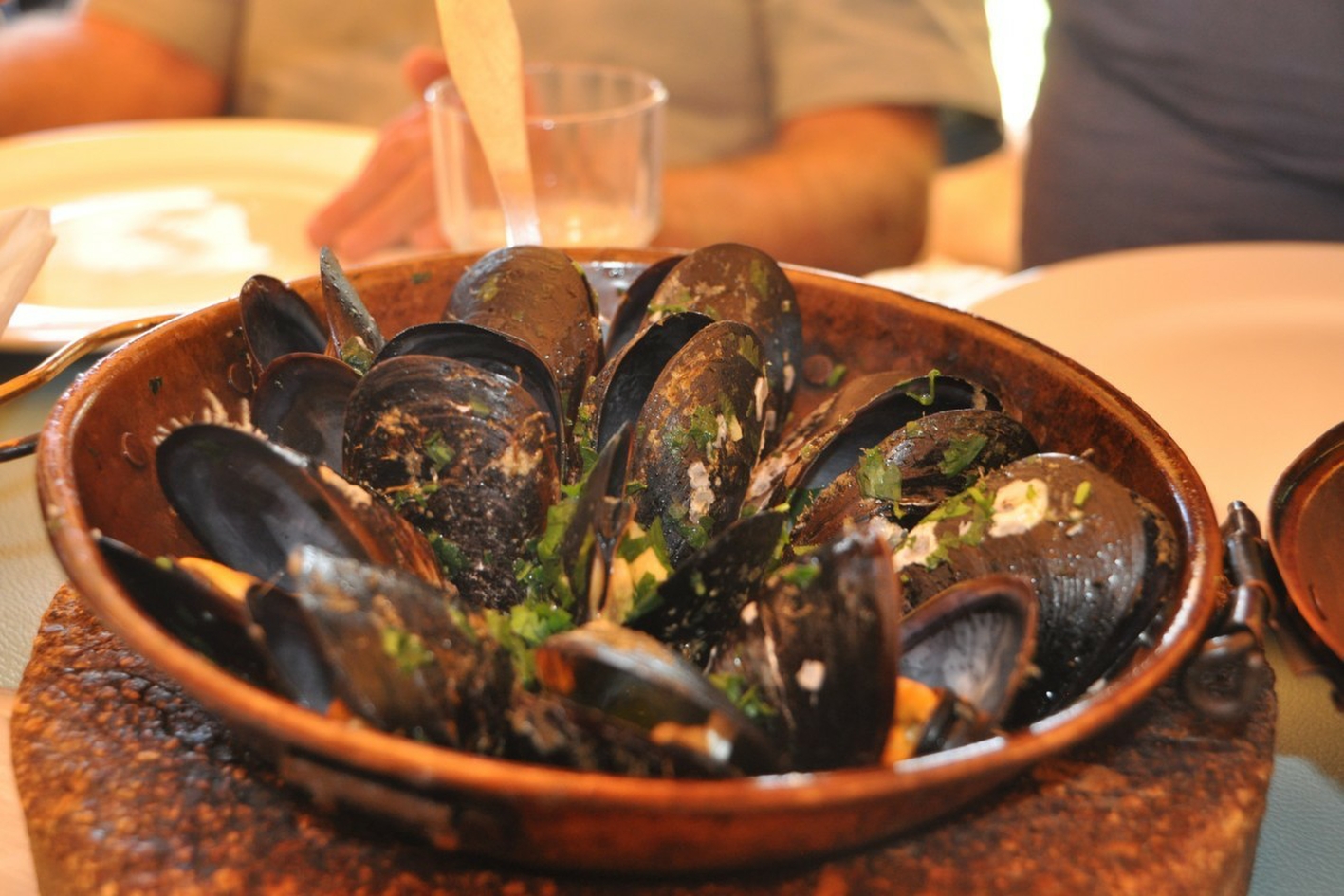 Reflecting the catch of the day

The varied geography of the Algarvian coast provides a home to diverse crustaceans and molluscs. Some species are found throughout the area whilst others flourish in the sandy shores of the island in the east or the rugged bays, with their stronger tidal currents, towards the west.

In order to get a better understanding of the habitat and collection of these creatures a mini cruise departing from Porto da Baleeira with Marilimitado was undertaken before the lunch was to be enjoyed.

The calm sea gave ample opportunity to enjoy the coast as well as the refreshment (Murganheira Super Reserva Brut) and nibbles provided. After disembarking the group proceeded to Restaurant Zavial in the beautiful Zavial Bay close to Vila do Bispo for lunch.

The menu was a reflection of the catch and collection of the day commencing with dishes of goose barnacles. Oysters, mussels, clams followed and, to everyone’s delight, sea urchins and bruxas which are also known as shovel headed lobster. These treats were accompanied by a Vinho Verde Azal-Belima and crusty bread to keep the unique tastes separate.

Sea crackling (fried Moray eel lightly battered) accompanied by tartare sauce and octopus salad made up the following course. It was served with Arinto-Paxà white wine. A magnificent traditional ‘cataplana’ [Ed: traditional Portuguese seafood dish] of fish and shrimps was the final fish dish on the menu of this feast. Another white wine, Reserva Conde d’Ervideira, provided the perfect vinous foil.

Dr Jean Ferran, Bailli Provincial South of the Tagus, thanked Ernesto and his staff on behalf of the Algarve members and their guests for the delightful and relaxing time they had enjoyed at the restaurant with the beautiful view of the sparkling waters of Zavial Bay.