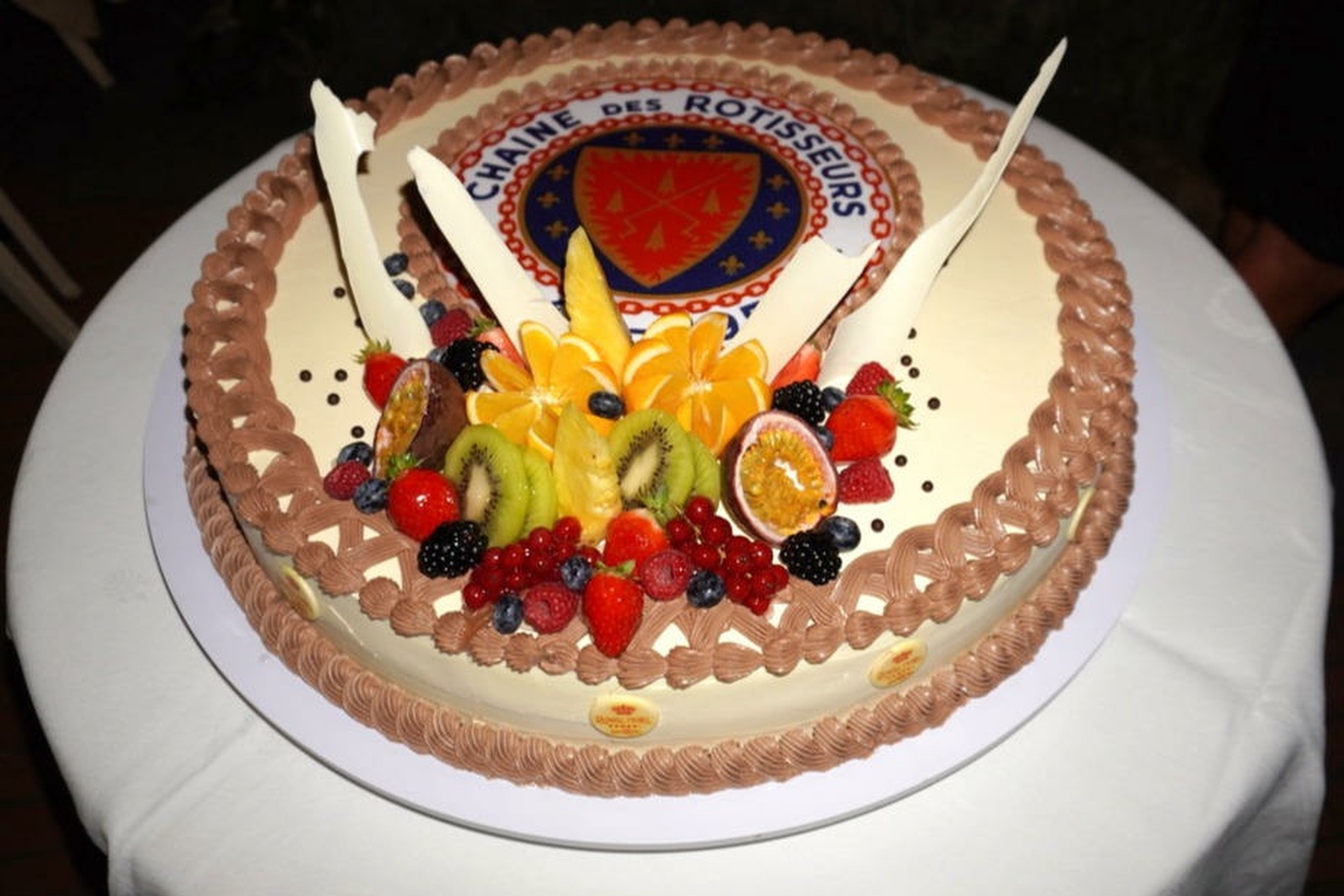 An exceptional evening at the Royal Hotel Sanremo
" The magic of the Chaîne: Franco-Italian friendship across the generations! "

The magic of the Chaîne: Franco-Italian friendship across the generations!

An exceptional evening was enjoyed by 70 lucky participants from the Chaîne des Rôtisseurs’ Monaco and Sanremo Bailliages on September 11 at the Royal Hotel Sanremo. The event was the perfect start to the new season, combining an enjoyable dinner by the swimming pool with a fascinating talk entitled “Riviera painters” given specifically for the occasion by Fabrice Roy, Press Officer of the Principality’s Bailliage, and which opened the programme.

After having been given an overview of the hotel, which will be celebrating its 150th anniversary next year and which has been in the Bertolini family since its inception, guests were ushered into the cocktail reception by Gérard Canarie, Bailli Délégué of Monaco.

The “Bellini des Rôtisseurs” cocktail, fruit juice, canapés and nibbles were enthusiastically enjoyed on the hotel’s terrace, looking out onto the sea.

The guests then headed down to the Corallina restaurant overlooking the landscaped pool, to enjoy a dinner prepared by Executive Chef Moreno Picchietti and his team, the highlight of which was a cake specially decorated with the Chaîne’s coat of arms.

Selection of meats
roasted over Sanremo charcoal, served with a Bearnaise sauce

Caponata of vegetables and golden apples

The meal was served with a choice of Chianti Castiglioni Frescobaldi and Vermentino Colli di Luni.