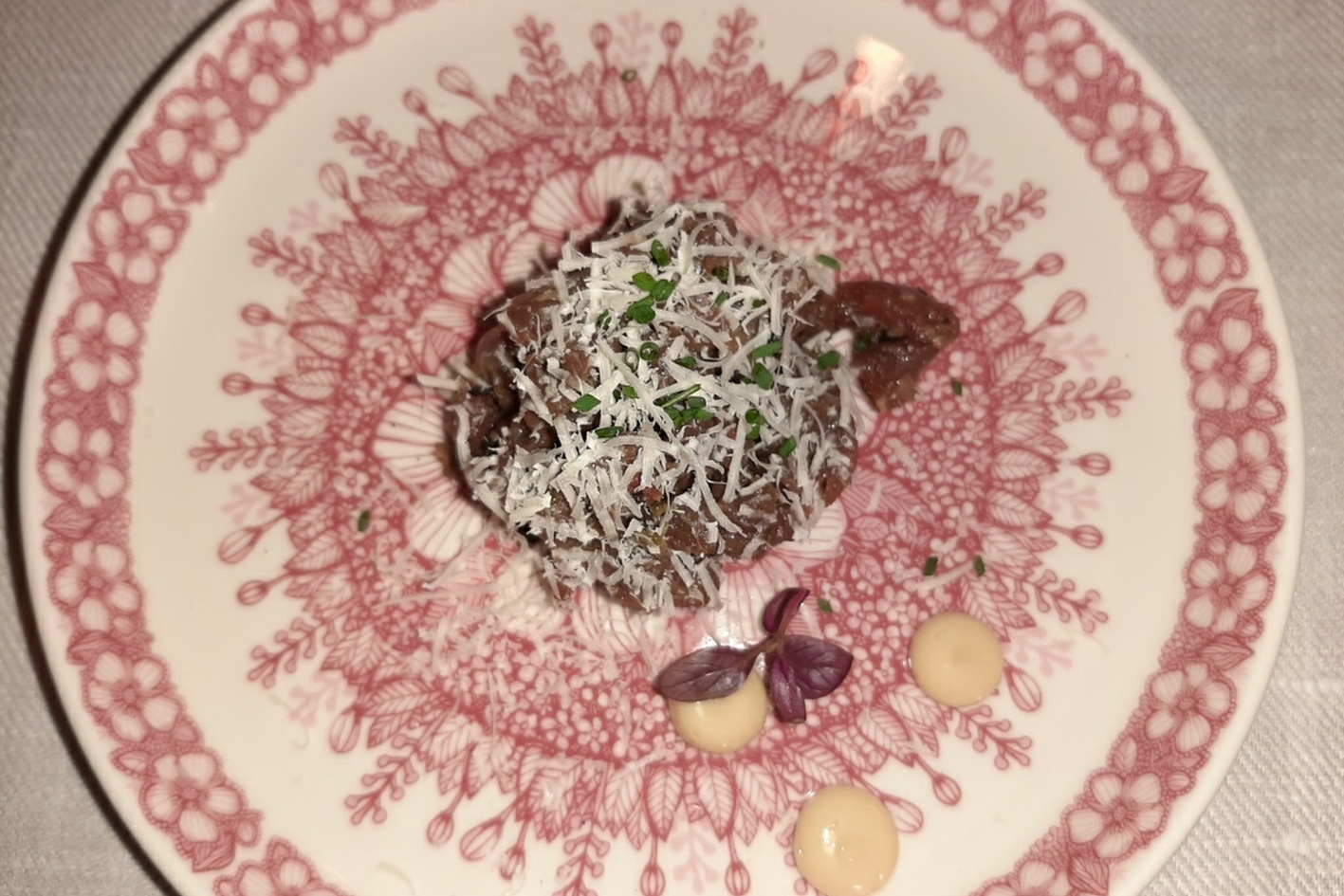 On Friday, December 17th, the Bailliage held a dinner in Nordic, a restaurant located next to a beautiful hotel called Voyage on the road to Pavlovsk close to Pulkovo International Airport and Expoforum.

A part of the “north” - ie. Scandinavia - in the south of St Petersburg, the restaurant was opened four years ago. The cooking is in the New Nordic Cuisine style - a culinary trend that emerged in Scandinavia in 2004 which developed rapidly and which contributed to great interest among gastro-tourists as Denmark, Sweden, Norway, and Finland became a new gastronomic mecca.

Bailli Leonid Garbar was the host for our intimate dinner. With his wife Tamara, Eric Père, General Manager of the Corinthia Nevsky Palace Hotel, joined us again.

Together 13 guests enjoyed a fantastic event with a wonderful five-course menu accompanied by a superb selection of wines including one from Latvia.

At the end of the dinner, I especially thanked Head Chef Igor Vasiliev and his team for the excellent menu. Everything was very well presented and the service was outstanding. In recognition I presented them with Bailliage of St Petersburg pins. I also thanked the restaurant’s management team.