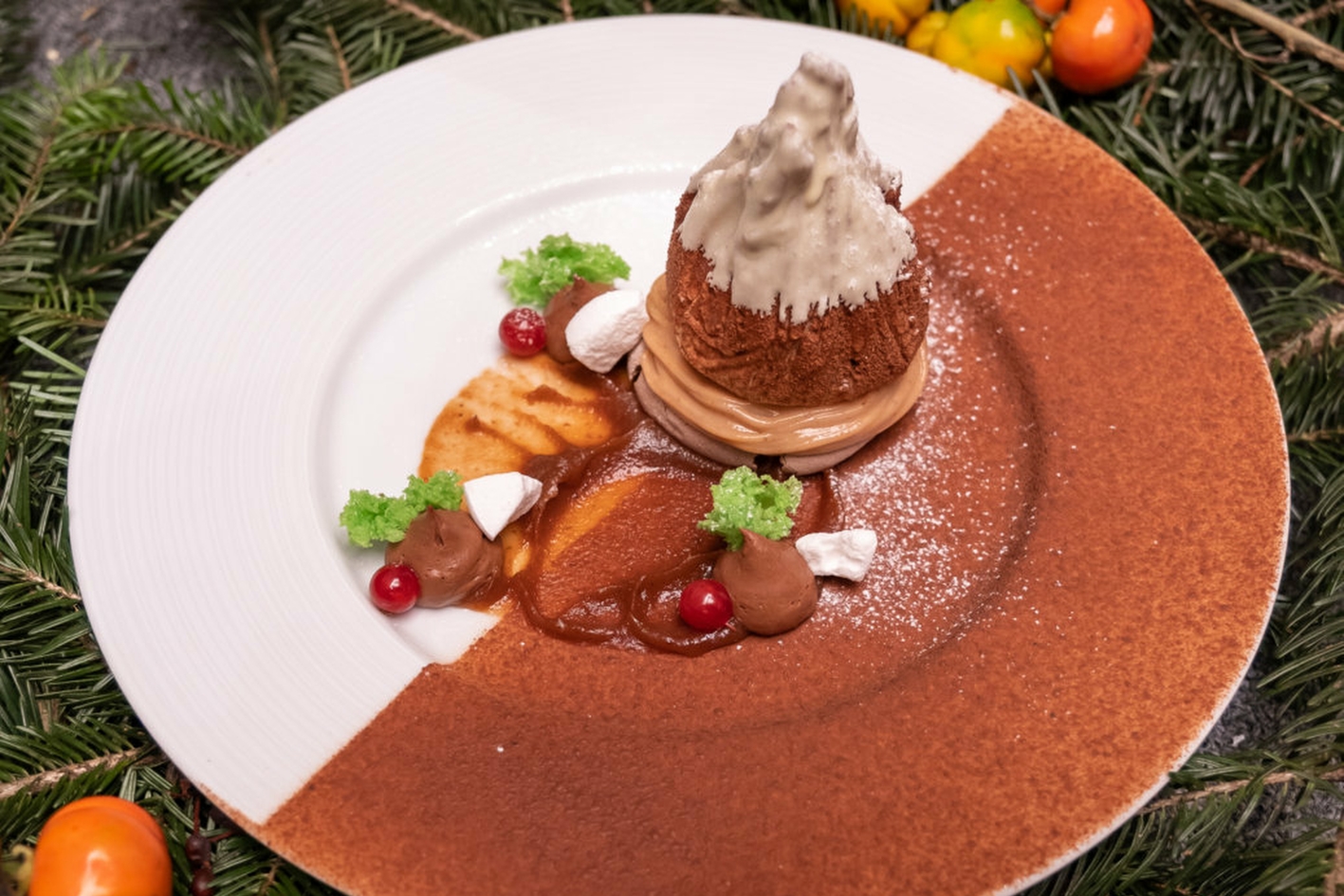 The Bailliage of Istanbul organized an end of year ‘Black Tie” dinner at Swissôtel the Bosphorus, where 120 members and guests enjoyed a wonderful five course menu prepared by newly-appointed Executive Chef Soner Kesgin.

Firstly, Bailli Délégué Yves Leon announced the creation of the Junior Bailliage, which will organize its first dinner on January 22nd. All members below the age of 35 will be automatically enrolled into this Bailliage.

Secondly a commemorative plaque was presented to Chancelier Andreas Jersabeck who is leaving the Bailliage to take up a new post as General Manager of the soon to be opened Waldorf Astoria Hotel in Doha, Qatar.

Thirdly, a video was played to introduce the new Executive Chef at the start of the dinner where he could be seen preparing each of the dishes, after which dinner was served.

At the end of the dinner Bailli Délégué Yves Léon and the National Board Members present thanked both the kitchen brigade led by Executive Chef Soner Kesgin and the service brigade led by Metin Aykan, Food and Beverage Manager in charge of Banquet and Conventions. They were presented with Bailliage of Turkey Certificates of Appreciation.

Yves then thanked the Vice President Operations of Accor Hotels in Turkey - our very own Conseiller Gastronomique Ugur Talayhan - and presented him with the Bailliage’s Commemorative Plaque in recognition and appreciation for culinary excellence and outstanding service.

Everyone was presented with a Christmas cake as a door gift as a reminder of a very successful event.