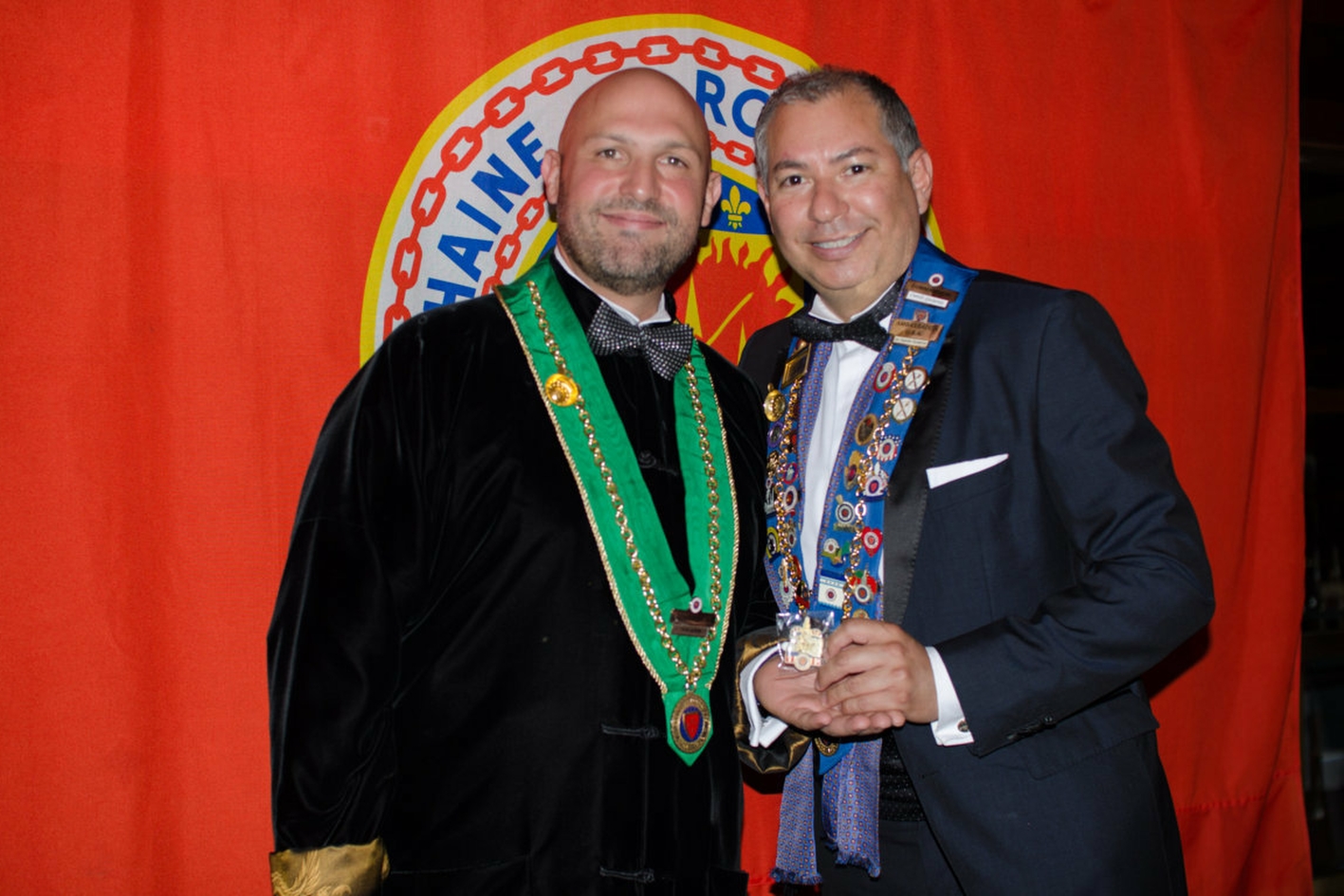 The Bogotá Gun Club hospitably opened its splendid doors to the Chaîne des Rôtisseurs so our Bailliage could have the privilege of celebrating its annual Gala event there.

Founded in 1882, the Gun Club is the oldest, most prestigious social club in Bogotá. It continues to hold a special place in the hearts of many due to its warm and embracing atmosphere. The Club houses an impressive collection of paintings, sculptures and antique guns. Many of the Club’s members are passionate about antique cars and are said to have the largest collection in all of Colombia.

With 70 members and guests in attendance our Gala evening began with a delicious glass of bubbly, Cava Castillo Perelada, as Bailli Délégué Fernando España, officiated at the Induction Ceremony inducting 14 new members.

Chef Yeni Chacón tantalized us with delicacies. The rest of the team provided impeccable service, including the demure yet attentive monk-robed waiters. Chef Yeni began an important part of her culinary career representing Colombia to become winner of 2006 International Final of the Jeunes Chefs Rôtisseurs Competition held in Australia.

Bailli Délégué España paid a lovely homage to deceased brothers Bernardo and Santiago Padilla, each of whom had acted as Bailli Délégué for Colombia. Camilo Gutierrez was our international guest from the Bailliage of Washington D.C. Related to the Padilla brothers, Camilo spoke endearingly of his cousins. Also, the joy of participating in international Chaîne events, which the family often did. Camilo shared that being a Chaîne member participating in local as well as international activities isn´t only about gastronomy and travel. It provides a wonderful opportunity to develop and strengthen beautiful friendships.

As is usual those present couldn’t arrive at a unanimous decision about their favourite dishes. All part of the fun! Amongst unofficial winners were the scrumptious mushroom-stuffed Cornish hen and the mouth-watering oxtail braised for eight hours.

A hearty round of applause was given to the kitchen and service brigades. The evening ended having pleased everyone.