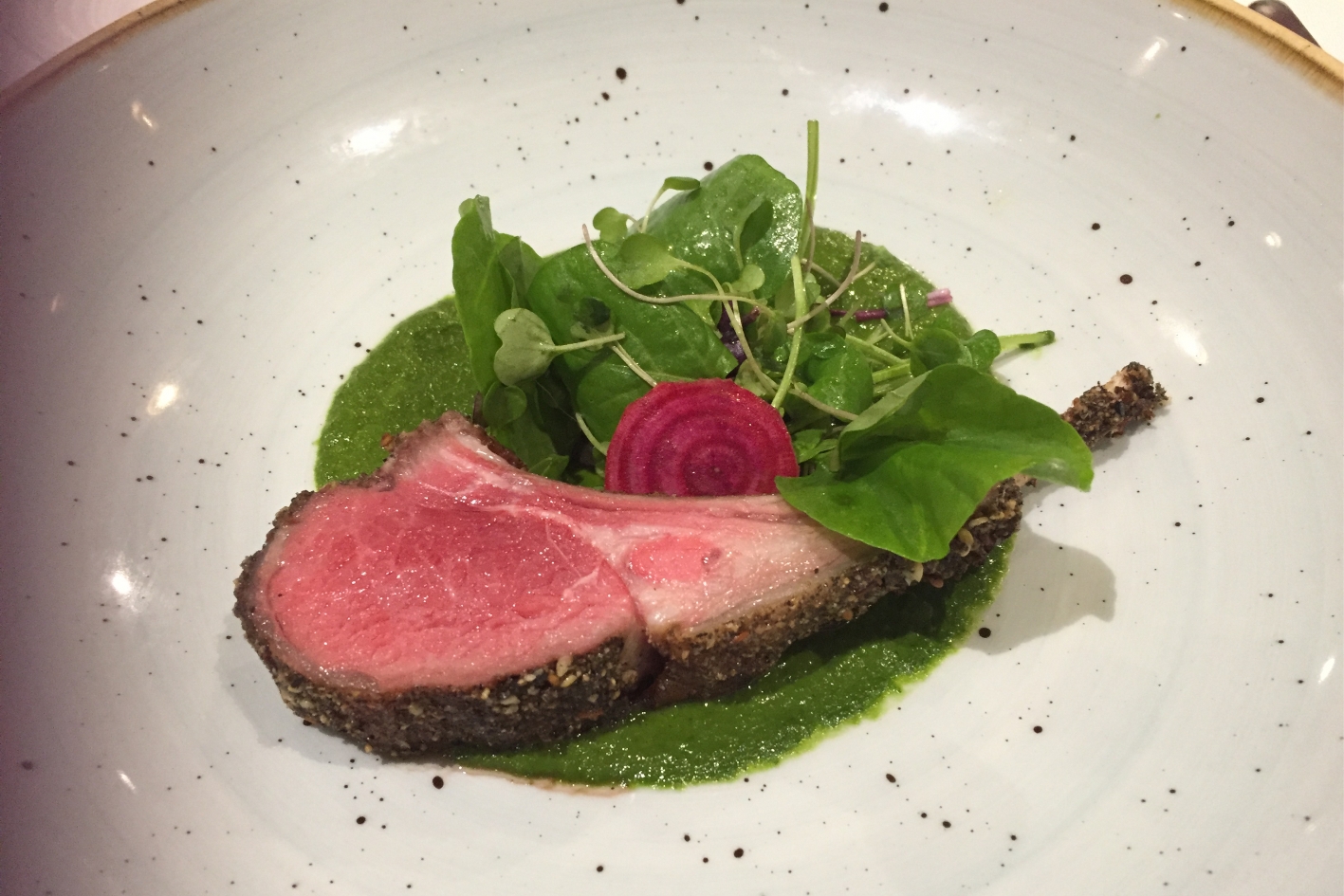 Every year members of the Chaîne in Wellington gather at the Bolton Hotel’s Artisan Restaurant for what has become one of the grander events in the calendar.

A major reason for returning is that Artisan’s Executive Chef is MacLean Fraser. He is an accredited New Zealand beef and lamb ambassador reflecting his expertise and innovation with red meat cuts.

Chaîne members gathered on the evening of Friday, September 16th. During pre-dinner socialising we were treated to a doughnut filled with rendang made from beef cheek accompanied by a dry sparkling rosé from Marlborough.

First course: labelled a crayfish ‘bouillabaisse’ in the style of a bisque with seafood samples. The dish’s richness was offset by a dry Riesling, from Central Otago’s Mount Difficulty vineyard. The concentrated fruit and strong minerality was a wonderful match. For many the meal highlight.

Entrée: lamb cutlet marinated in horopito (a sharpish local herb) and sesame served with a touch of beetroot salad, salsa verde and a Martinborough Pinot Noir.

Main course: wild South Island roast venison with heirloom potatoes, carrot purée, black pudding. A beef snow which was tallow rendered down, seasoned and flavoured then flaked. An Argentinian Malbec from Mendoza was a fine accompaniment.

Executive Chef Fraser, a keen hunter, admitted that he had not shot the deer himself.