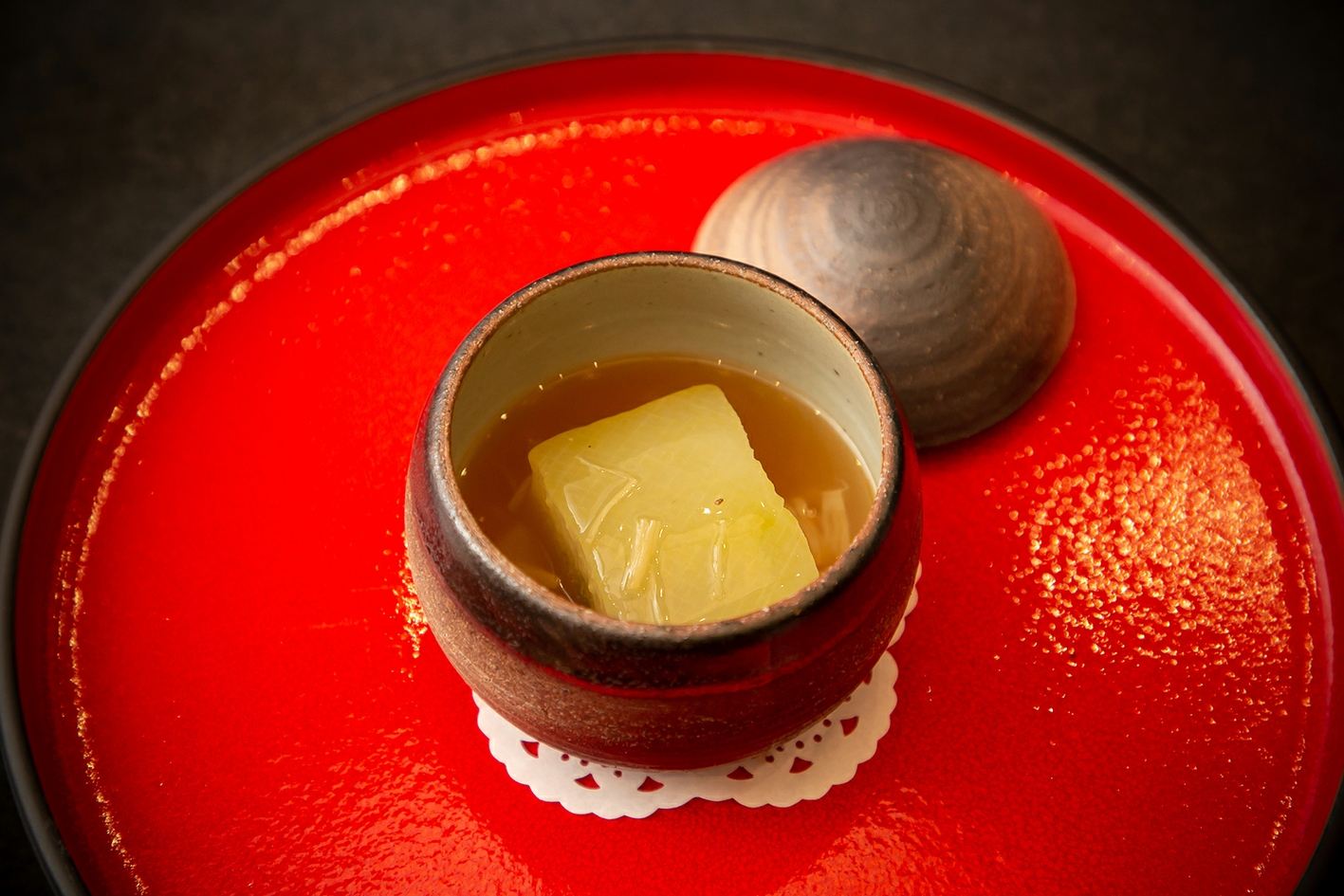 Hosted by Mr Yukio Hattori, Bailli Provincial of Kanto, this was the first Grand Chapitre or Chapitre in three years due to COVID restrictions. Many members from Hokkaido, Kyushu, Osaka, Kyoto, Nagoya and other parts of Japan eagerly gathered in the gourmet’s paradise of Tokyo.

The festivities started on Sunday 2nd with a dinner at the Japanese restaurant "Sakuragaoka" in the Cerulean Tower Tokyu Hotel. The Cerulean is a well-known feature of the Shibuya skyline, and part of the area’s transformation into an area that appeals to adults while remaining on the cutting edge of fashion and contemporary culture.

The menu was developed around the theme of “Japan”, featuring dishes to celebrate the traditional flavors of autumn. Mrs Yuki Aoi, a sake samurai and sake master, served six different types of rare sake to complement the dishes. In the spotlight were popular seasonal ingredients such as persimmons, bonito, matsutake mushrooms, and crab. The presentation was photo-worthy and the tastes truly wonderful.

Before dessert, Mr Nobuhiko Fukuda, the hotel’s Executive Chef and Conseiller Culinaire of the Bailliage of Japan, served us a surprise grilled meat course, which made the participants very happy. There was live koto music in the private restaurant. The atmosphere was very Japanese.

The Induction Ceremony and Gala Dinner were held at the Hotel Okura Tokyo on Monday, March 3rd. The Hotel Okura has a deep connection with the Chaîne and has been a strong supporter of the Bailliage since its establishment 45 years ago. In 2019, the hotel was rebuilt from the ground up. Now a supreme luxury space it fuses the beauty of Japan with modern elegance and class.

Bailli Délégué Mr Koji Fukuda presided over the Induction Ceremony during which 50 people, including both promotions and new members were inducted. After which, Échanson Mr Masaharu Oka held an OMGD (Ordre Mondial des Gourmets Dégustateurs) ceremony to welcome 15 new members.

About 200 people attended the Gala Dinner. In keeping with the theme of tradition, a special menu of French cuisine inherited from legendary Chef Ono was prepared by Yoshiyuki Ikeda, Officier Maître Rôtisseur, Executive Chef of the Hotel Okura Tokyo.

The Wagyu beef Wellington was carved and served at each table by the chef. The sophisticated yet traditional French cuisine was extremely popular with the guests, who were also impressed by the excellence of the hotel's wait staff. Then the curtain closed on a hugely successful Gala Dinner.

A farewell lunch was held at the Chinese restaurant “Szechwan Restaurant Chen” in the Cerulean Tower Tokyu Hotel. Mr Kentaro Chen, son of Chef Kenichi Chen, the longest-serving contestant on the popular TV programme "Iron Chef,” is a Maître Rôtisseur.

Working with the theme of “Future”, he served modern Szechwan cuisine. Champagne was served for the toast, after which guests enjoyed both Shaoxing and red wine with the food.

The open kitchen invited participants to enjoy a relaxing lunch in a friendly atmosphere while watching the secret mabo tofu being prepared.