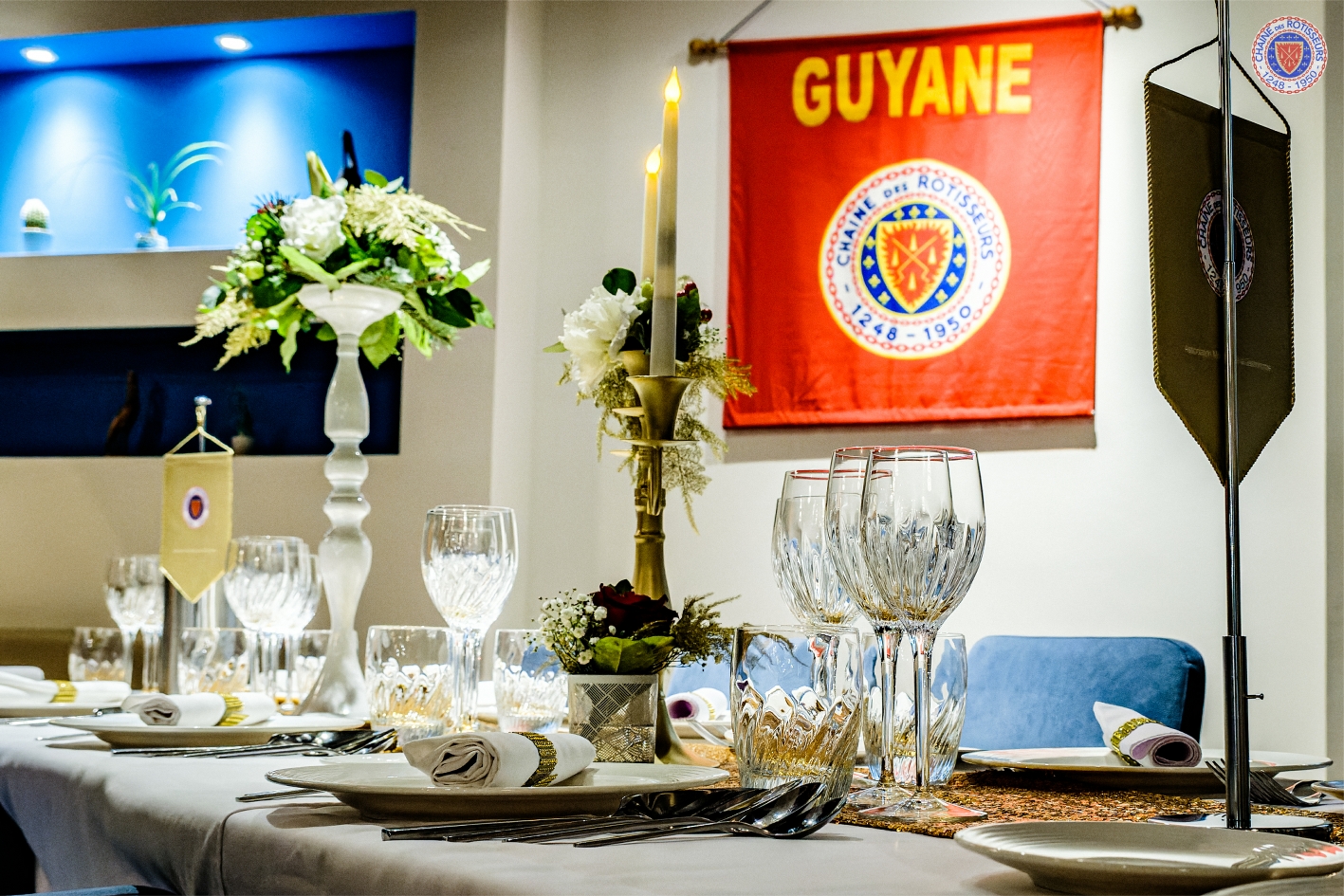 After a warm welcome, Georges Nouh-Chaïa took the opportunity to remind everyone of the values of excellence and camaraderie upheld by the Bailliage of French Guiana, as well as its energy and vitality.

In accordance with article 6.2 of the Bailliage’s by-laws, new members recited the Chaîne’s oath before receiving the badge for their grade.

Once they had been inducted, the members of the Chaîne signed the Livre d’Or and were given their diplomas.

Georges Nouh-Chaïa gave the floor to the new Bailli Délégué, before bringing the Induction Ceremony to an end. Bernard Newton paid tribute to his mentor, Maurice Chen Ten You, as well as to the precious combination of gastronomy and friendship.

He also thanked Georges Nouh-Chaïa and Rodolphe Robinel for their support and their trust, of which he is particularly proud; he expressed his full gratitude to Mrs Liliane Nouh-Chaïa for being “ever present”.

Bernard once again thanked Georges, who left an outstanding legacy for Chaîne in French Guiana, particularly in light of the health crisis.

The theme of the Gala Dinner was: “friendship and gastronomy combine to create real joie de vivre”.

The gastronomic menu kept all of its promises, both in terms of “terroir” and of diversity. Conseiller Culinaire Quentin Grare prepared a real culinary adventure for us.

Sensory experiences are the only true measure of gastronomic quality. With this in mind, the team at the Mercure Ariatel was every bit as impressive as any Michelin-starred counterparts.