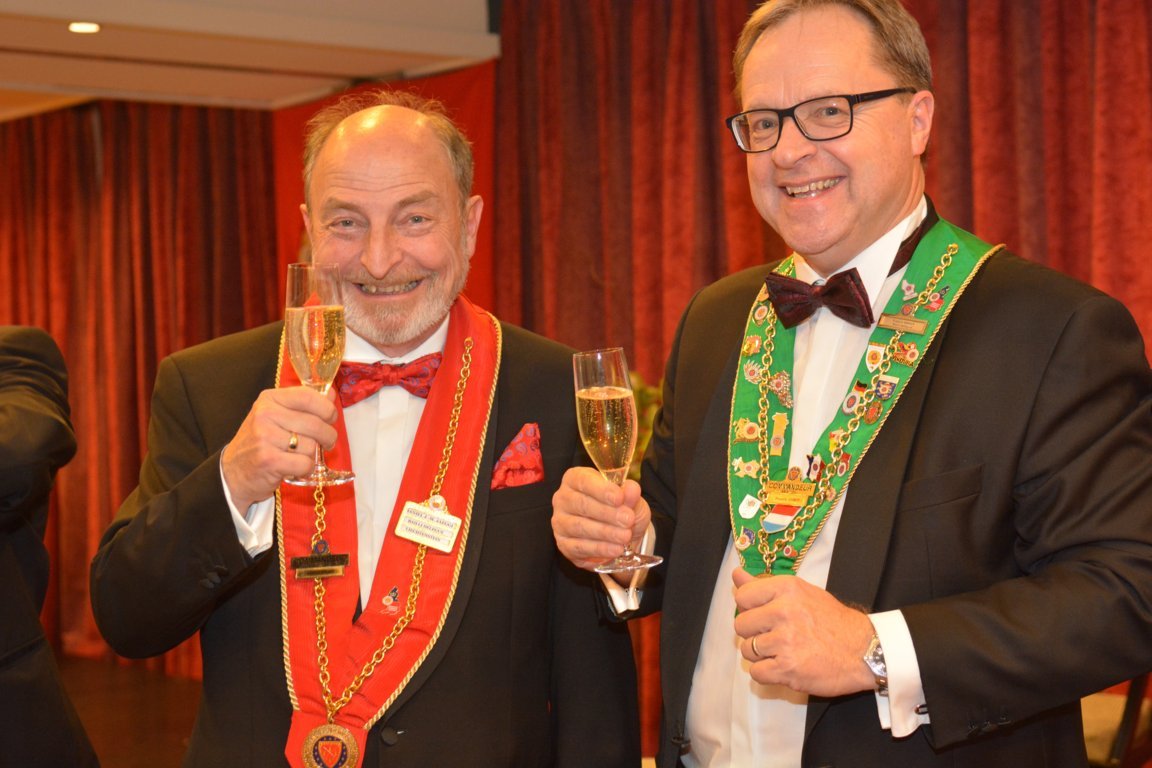 The Bailliage of Luxembourg was founded nearly 50 years ago. Its new National Council recently organised a Chapitre at the Sofitel Luxembourg Europe Hotel situated in the midst of the European institutions in Kirchberg.

The Bailli Délégué Francis Sandt welcomed guests of honour, representatives from the neighbouring German bailliage, Ulli Schroeder and Herbert Eberhard. Daniel Jäggi, Bailli Délégué of Liechtenstein and a member of the Conseil Magistral, had been delegated by President Yam Atallah to act as Inducting Officer. 40 members were inducted or promoted.

The evening was organised by Cobo Calvo, Sofitel’s Food and Beverage Manager and one of the Chaîne’s Maîtres Restaurateurs. At the end of this magnificent event, Bailli Délégué Francis Sandt presented the kitchen and service brigades with a small gift to thank them for their fantastic work. The Chapitre’s Gala Dinner ended in the early hours of the morning, to the rhythm of music played by the Blue Stars orchestra.

Some of the money raised from the evening was donated to the Chaîne's ACCR Foundation.