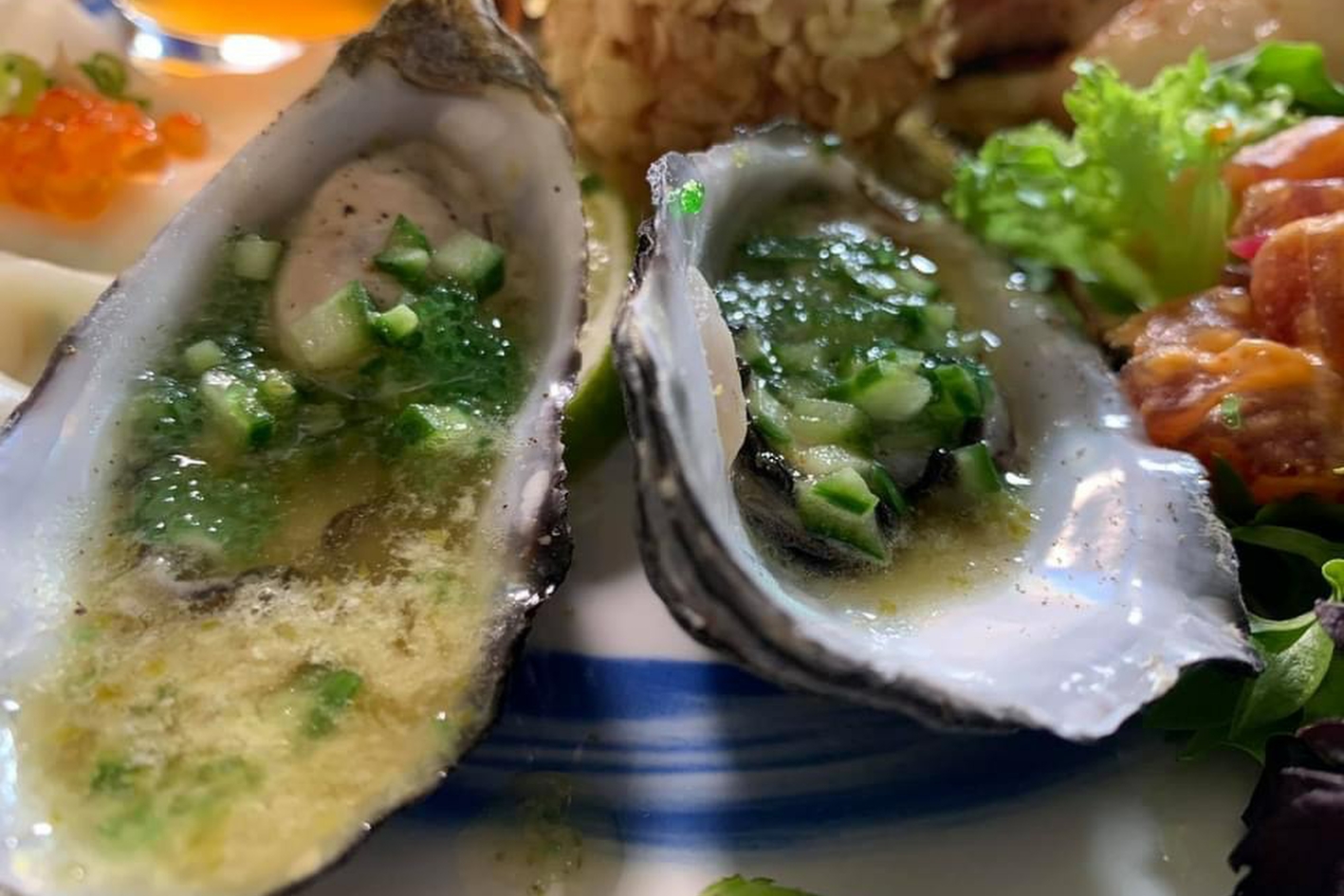 The Bailliage of Victoria enjoyed a virtual dinner of modern Japanese cuisine led by Ocha Japanese Restaurant in Hawthorn, an inner suburb of Melbourne, the State capital of Victoria.

Ocha began life in an old butcher's shop with tiled walls and an outside loo back in 1994. It was started by Yasu and Michelle who are still both running Ocha today. The concept of the restaurant was to provide Melbourne with a modern take on Japanese food which never compromised on the authenticity of the Japanese flavours and techniques but utilized local products.

Yasu and Michelle met through their passion for good food and wine. Yasu’s father ran sushi restaurants in Osaka. He trained under his father for many years before coming to Australia to work at Akita Japanese Restaurant. Michelle has been involved in the Melbourne food scene for years. She completed training in Melbourne followed by Yasu's father's restaurant in Osaka.

Although Ocha has come a long way from the 35-seat restaurant in East Kew, Michelle and Yasu's commitment and passion to producing great fresh food is unwavering.

This dinner, albeit virtual, was a great way to get us back into the groove for fine dining with the Chaîne! The menu was specially compiled for Chaîne members and consisted of a group of Japanese “antipasti”, some first courses, sushi and sashimi, main course and dessert. Largely seafood based there was also duck somewhere within!

We'd like to give a big thank you to Yasu and Michelle for organising this event.