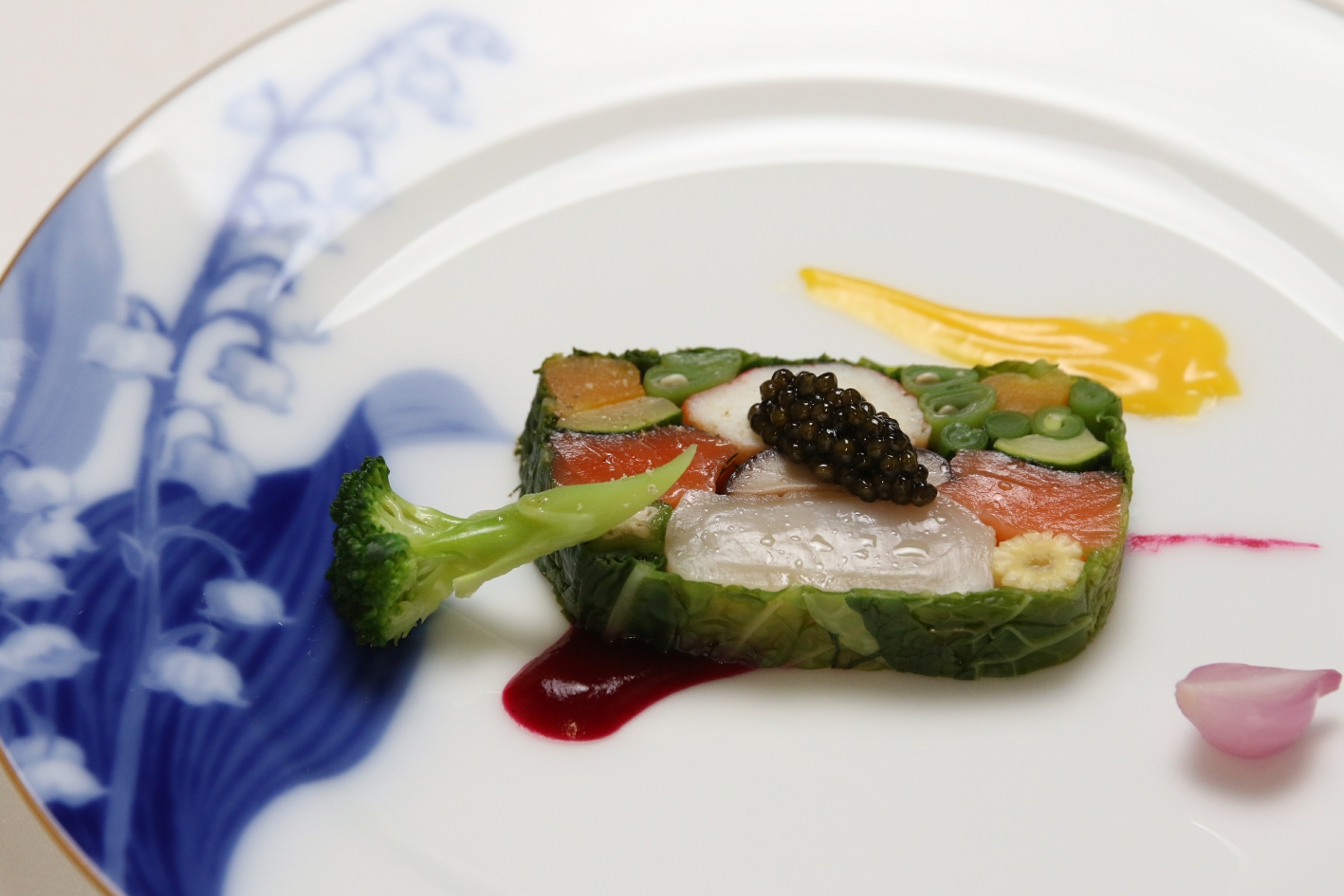 At the end of November with the arrival of winter in full swing, the Bailliage’s Annual General Meeting (AGM), Induction Ceremony and Gala Dinner were held at the Sapporo Grand Hotel.

From the day it opened in 1934, the hotel has played an important role in communicating new trends and cultures to the people of Sapporo. The establishment was known as the “Northern Guesthouse” due to the fact that several of its guests were representative of Japan's political and business worlds. Starting with the Showa Emperor and Empress, the hotel has accommodated numerous renowned VIPs including the Vienna Boys Choir, New York Yankees, Helen Keller, and Prince Philip, Duke of Edinburgh.

New members and promoted members were inducted at the ceremony presided over by Bailli Délégué Koji Fukuda. Following the greeting from Échanson Masaharu Oka, the Induction Ceremony was held for members of the Ordre Mondial des Gourmets Dégustateurs (OMGD).

The Gala Dinner was attended by 52 people, including the members of other Bailliages and guests. Following the welcome by Ryoji Matsubara, our Bailli Délégué and Bailliage officers took to the stage to propose a toast.

For the record, based on the new safety declaration announced by the Hokkaido prefectural government, all possible measures were taken to prevent the COVID-19 infection by, for example, installing acrylic panels between each seat.

The menu was prepared by the Executive Chef for the first time at our Gala Dinner. He went back to basics and served his hotel’s traditional and authentic French cuisine with vegetables, seafood and beef from Hokkaido. Of course, the wonderful marriage of dishes and wine was very well received by everyone.

Terrine of seafood and vegetables with caviars

Three cuts of beef in red wine with pureed celeriac

2021 was the 10th anniversary of the Bailliage Provincial of Hokkaido. The celebration was postponed twice as a result of the pandemic. Happily, during this time many new members have joined us. Due to these factors, everyone shared a friendly atmosphere with constant smiles.

As the pleasant banquet came to an end there was a mood of great reluctance to leave. All the participating Bailliage officers expressed their respect and gratitude to the hotel staff. The Gala Dinner was successfully ended with the closing remarks by Takanori Nagase, the hotel’s General Manager.

With the number of members gradually increasing and a new wind blowing, we had a wonderful evening during which everyone enjoyed the cuisine, wine, and service in the spirit of the Chaîne. A great result as it further deepened the friendship between members.